NASA is Building a Virtual Mars 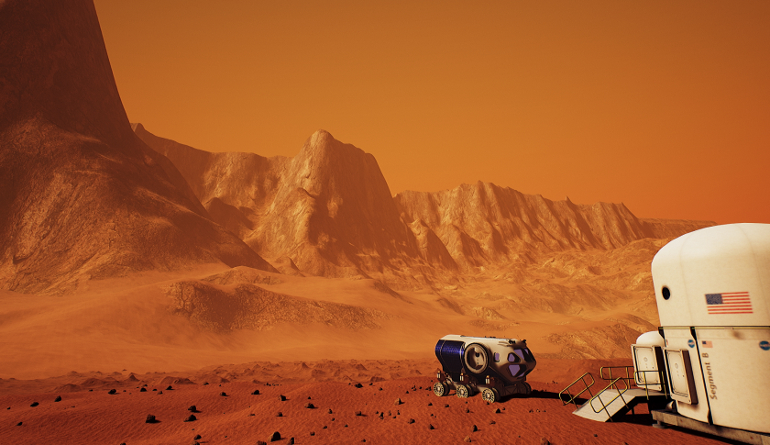 NASA will release a free virtual reality program this year that will simulate exploring the surface of Mars. The Mars 2030 Experience will be available on Oculus Rift, Google Cardboard, and Samsung Gear VR, and it “will also expand to Sony PlayStation VR and HTC Vive,” according to the announcement at UnrealEngine.com. There will also be versions for Android and iOS devices, and it will even be streamed on Twitch. They’re promising more details at this year’s South by Southwest conference in March.

“[T]hanks to Epic Games’ Unreal Engine 4, anyone who owns a virtual reality headset will be able to explore the Red Planet in 2016… Players will be able to walk on the Red Planet as well as drive the Mars Rover,” asserted NASA, promising a simulation that will “bring to life a series of mini-missions that occur within the Mars habitat as well as on the planet’s surface.”

In real life, NASA’s come under fire for its fuzzy progress towards an actual manned mission to Mars. But in the world of video games, NASA’s making magic happen, teaming up with MIT’s Space Systems Laboratory, as well as Fusion Media, and some game developers from Irrational Games (the creators of Bioshock) to build elaborate virtual Mars simulation.

“We want people to truly feel like they are on Mars,” Fusion virtual reality producer Julian Reyes said. “The engine is perfect to make this happen in VR.”

It’s the not the first time a government agency has taken advantage of the free game engine. In 2002, the U.S. government financed a free multiplayer shooter called “America’s Army” which also used Unreal Engine. And in 2010, the Army Game Studio also used Unreal Engine to create another simulator for NASA called “Moonbase Alpha,” working with Virtual Heroes to create a free Steam game that simulated life on a moon colony. “Players must work to restore critical systems and oxygen flow after a meteor strike cripples a solar array and life support equipment,” read NASA’s 2010 press release. 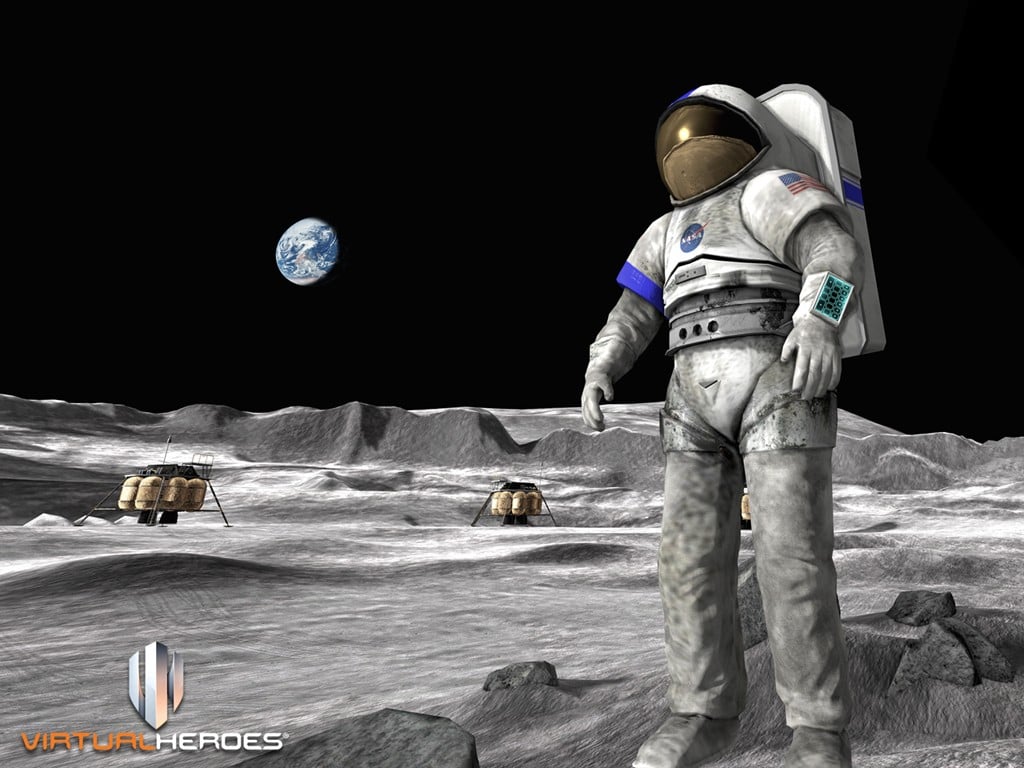 That game was meant to be the precursor to a NASA-themed massively multiplayer game online, “designed to have content and missions that require players to gain and demonstrate STEM knowledge to succeed.”

Starlite Astronaut Academy was released on Steam in 2014, but now the fun is apparently moving to virtual reality goggles. And Unreal Engine is making it easy to create the next generation of space simulators, according to Justin Sonnekalb, a former technical designer at Irrational Games who’s now working on NASA’s project.

“At the end of the first day of development we had a shared project environment with players able to walk and drive around terrain based on real Martian altimetry data from the University of Arizona’s HiRISE project,” said Sonnekalb. “Being able to get the fundamentals down so quickly is crucial for having the time and space to really bring Mars to life and create a truly immersive experience.” Now NASA is planning even more virtual reality experiences in the future — all powered by Unreal Engine 4

This particular VR project began when some of Fusion’s game developers began experimenting with Unreal Engine last year. “It’s evolved,” Reyes said, “and we see it as something very exciting to use to tell stories in ways that have not been experienced before.”

In fact, NASA has partnered with Fusion to share the results of their studies on space transportation. And simulations like this may even play a role in encouraging the children who will grow up to be our next astronauts. “An important part of NASA’s Journey to Mars is the work we are doing to make space more accessible to individuals and non-governmental entities,” NASA said in a statement.

“Our Mars astronauts are likely in kindergarten through ninth grade right now, so the ability to share with that generation the work that we are doing now to send them to Mars is a tremendous opportunity.”

SHARE THIS STORY
RELATED STORIES
What Is a Sociotechnical Knowledge Map and Why You Should Care The Process Equation (Cadence Is Everything, Part 2) AWS Brings AI/ML Training to Community, Historically Black Colleges Entrepreneurship for Engineers: Painkiller or Vitamin?  Building an Internal Developer Platform Isn't Just about Tools
SHARE THIS STORY
RELATED STORIES
New Book Identifies 26 Lines of Code that Changed the World Entrepreneurship for Engineers: Painkiller or Vitamin?  Fear and Layoffs: How to Cope with Tech’s Uncertain Times The Process Equation (Cadence Is Everything, Part 2) Snack Stack: If Programming Languages Were Desserts ...
THE NEW STACK UPDATE A newsletter digest of the week’s most important stories & analyses.
The New stack does not sell your information or share it with unaffiliated third parties. By continuing, you agree to our Terms of Use and Privacy Policy.