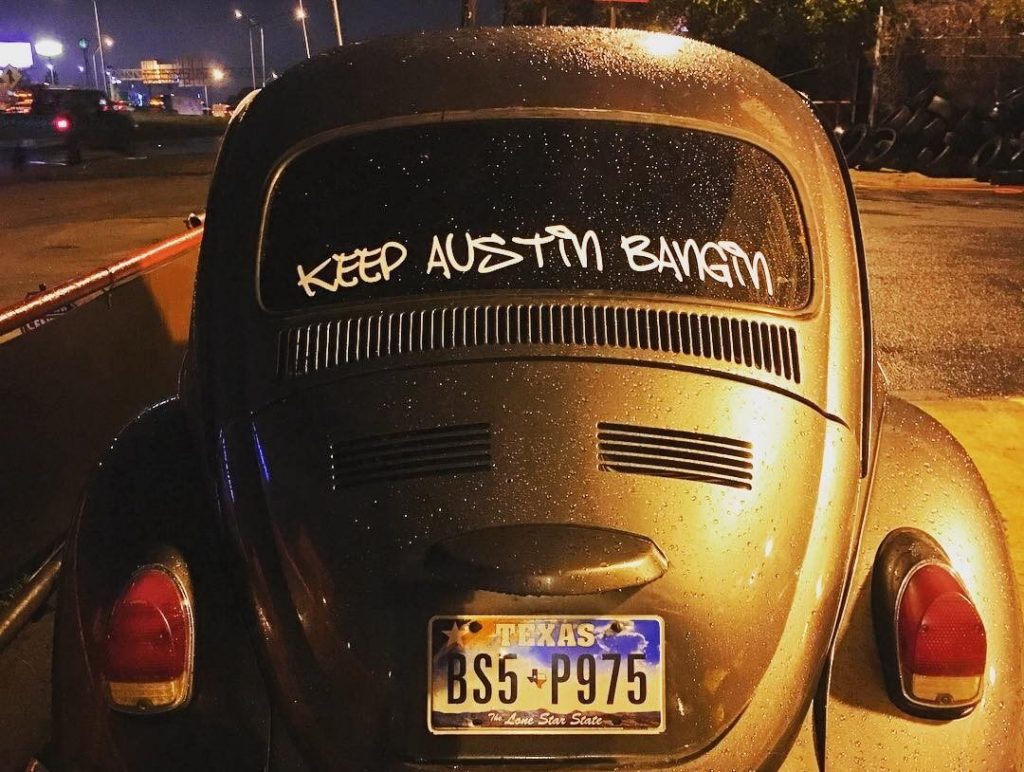 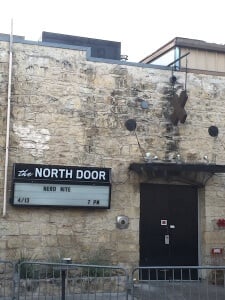 “Be there and be square,” is the motto of Nerd Nite, a once-a-month night for nerds of all kinds to get together to drink and learn new nerd stuff. Wednesday night in Austin, Texas was in honor of DNA Day, the celebration of the discovery of the double-helix in 1953 celebrated annually on April 25.

The three presentations all related to DNA, discovery or adaptation in some way. And the Austin nerds arrived in force: The standing-room only crowd of over 150 was evenly split between men and women. The pizza sold out before the start of the event, and the bar had plenty of business.

After a brief introduction to Nerd Nite, we started in the past. Erin Keenan, a zooarchaeologist working at the Gault Project, talked about how new technologies are helping date animal bone fragments from 12,000 years ago.

Her delightful presentation style imparted a surprising amount of information (e.g., what is the difference between and archeologist, a paleontologist, and a zooarchaeologist?). Using great visual images and wooly mammoth cartoons, Keenan talked about how many times our lives interact with animals on a daily basis. Understanding which animals are in which layers of time allows zooarchaeologists to learn how man interacted with animals.

A new tool, called ZooMS, is revolutionizing the way that bones, especially animal bone fragments are being identified. This tool is so cool that it can identify the animal species from the residue left inside a plastic bag that the bone resided in. 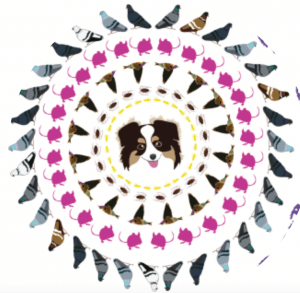 Detail of drawing depicting the inter-dependancy of animals that thrive in proximity to man. From Calder Kamin’s web page.

Calder Kamin brought us into the present, talking about how animals have adapted to man in a talk entitled “Out of the woods and into our trash: How animals thrive in the human world.”

An artist and citizen scientist, Kamin is drawn to the contradictory aspects of our relationships with animals and the environment. She noted that birds are now using plastic bags and cigarette butts to build their nests. In an odd twist of fate, the nicotine in cigarette butts help keeps pests away from the nests and therefore is healthy for baby birds.

After a break for refreshment refills, we moved into the future. Austonian Joe Hanson is a biologist and a science writer. You might know him as the creator/host of the hit PBS science and YouTube series “It’s Okay To Be Smart.”

His witty talk, “The Age of CRISPR – What Will We Do Now That We Can Do Anything?” focused on the moral questions brought up by scientists’ new ability to modify DNA sequences, which can lead to everything from custom biofuels to curing cells of HIV infection to editing human embryos.

CRISPR (Clustered regularly interspaced short palindromic repeats) has been much in the news this year, covered by Nature, IFL Science, and Wired.

Science has far outstripped laws to govern this new power. Hanson talked about the distinction that is being made between using this power to make something healthier (e.g., editing embryos to become resistant to disease) and making something better (e.g. saying you want your baby to have characteristics that you think are better than others, like a calm temperament or brown eyes).

Hanson said that depending on how you feel about genetic modification, CRISPR is either the coolest or most terrifying tool that biology has ever devised.

Scientists met last year to come up with guidelines on using CRISPR, but Hanson pointed out the Chinese jumped over the recommendations,  using the powerful gene-editing technique CRISPR, genetically modified embryos to make them more resistant to HIV.  He pointed out they broke no laws because there currently are no laws regulating the use of this tool.

Nerd Nite is now happening in 90 cities across the globe. If Wednesday night is any indication of the quality of presentations, there’s a lot to look forward to.