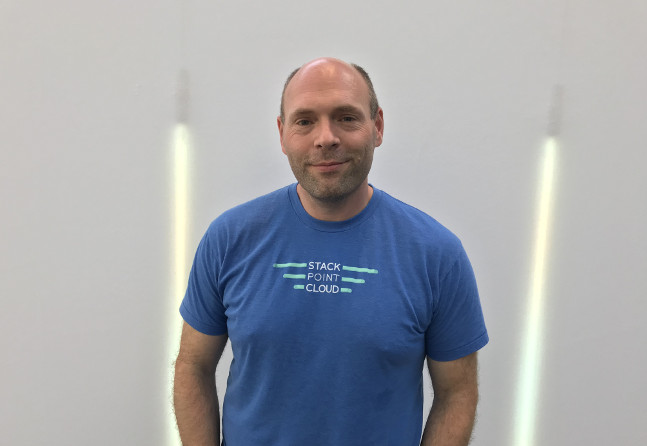 With last month’s acquisition of StackPointCloud, storage services and systems provider NetApp will be in the unique position of offering multicloud Kubernetes support for stateful applications.

The acquisition is part of a larger strategy to be “the only vendor that can deliver stateful application level management in a cloud, multicloud and hybrid cloud world,” said Anthony Lye, NetApp senior vice president and general manager who leads the company’s cloud business.

NetApp has long been known for its NFS (Network File System) and about two years ago, the company started work on porting it to the major cloud services, as well as extending the NetApp operating system OnTap to handle these new environments. Today, NetApp provides NSF and SMB (Server Message Block) for Windows Server environments for both Azure and Google Cloud Platform, which is offered by these respective companies. It also offers NSF and SMB through the Amazon Web Services’ marketplace.

A year ago, Netapp acquired Greenqloud, which it wanted for Greenqloud’s orchestrator that the company has since used to consume, deploy, monitor, maintain, and upgrade NetApp services on public cloud. “As we were built out that strategy, we felt it was important for NetApp to connect its storage up to the compute layer to give the cloud people the application level orchestration,” Lye said. This work became NetApp Cloud Data Services, which deploys, runs, monitors, maintains and manages services on public clouds.

But as NetApp assembled this stack, one piece was missing. The company needed a control plane for infrastructure orchestration that would support containerized operations, which by this time the industry had seemingly settled largely on Kubernetes to handle the task.

StackPoint was formed in 2014, with the idea of providing a uniform infrastructure service across all the major cloud services, said Matt Baldwin, CEO and founder of StackPointCloud. The company was formally launched in 2016 at  CoreOS Fest 2016 and has since accumulated 10,000 users. Its services deploy stock open source components. Though a small company, it has made contributions upstream in the technologies it uses, notably Kubernetes and, more recently, the Istio service mesh. This allows the company to deploy consistently across multiple clouds.

The idea with StackPointCloud is that users would get a consistent Kubernetes interface, no matter which cloud provider they used.

That a company as small as StackPointCloud could offer this service impressed Lye and his team, as well as the fact that StackPointCloud was an actual service, not just a set of services the end users had to compile themselves, which is the norm for cloud services. “Amazon doesn’t keep your file systems with guaranteed throughput. That’s what we wanted to do,” Lye said.

“Matt had built a true software as a service product. What that gives us is one version of the software that gets updated continuously, and a service that scales to the enterprise. There is no software for anyone to install or upgrade,” he said.

Working with stateful workloads has been tricky with StackPointCloud, Baldwin admitted. But NetApp has done a lot of work in this area.

NetApp’s plan is to integrate StackPoint with its own Trident container orchestrator, the Cloud Volumes network file system for cloud services, and the associated Cloud Volumes ONTAP operating system.

“It turns out that the biggest problem with containers and Kubernetes is the storage. Most of the applications that people want to write are stateful, and Kubernetes doesn’t really handle stateful application development very well,” Lye said.

“The combo of those two things will give customers best-in-class capabilities for containers and the ability to deploy manage and maintain stateful applications with application-level services,” Lye said. The company is also working on private cloud “hyperconverged” package that will allow organizations to set up container-based applications and services, complete with stateful storage, behind their own firewalls.

No doubt, we will be hearing more about NetApp’s cloud native strategy at the company’s annual user conference, NetApp Insight 2018, next week in Las Vegas.

Joab Jackson is Editor-in-Chief for The New Stack, assuring that the TNS website gets a fresh batch of cloud native news, tutorials and perspectives each day. He has logged over 25 years in infrastructure IT journalism, including stints at IDG,...
Read more from Joab Jackson
SHARE THIS STORY
RELATED STORIES
Break Your Bottlenecks: Don't Let Kafka Challenges Hold You Back How Boeing Uses Cloud Native How Intuit’s Platform Engineering Team Chose an App Definition Takeaways from the ESG GitOps and Shift Left Security Survey Driving Digital Experiences via Cloud Native Applications
SHARE THIS STORY
RELATED STORIES
Does Your Database Really Need to Move to the Cloud? Takeaways from the ESG GitOps and Shift Left Security Survey OpenTelemetry Properly Explained and Demoed Meet SIG Cluster Lifecycle and Cluster API Maintainers at KubeCon What Do 'Cloud Native' and 'Kubernetes' Even Mean?
THE NEW STACK UPDATE A newsletter digest of the week’s most important stories & analyses.
The New stack does not sell your information or share it with unaffiliated third parties. By continuing, you agree to our Terms of Use and Privacy Policy.