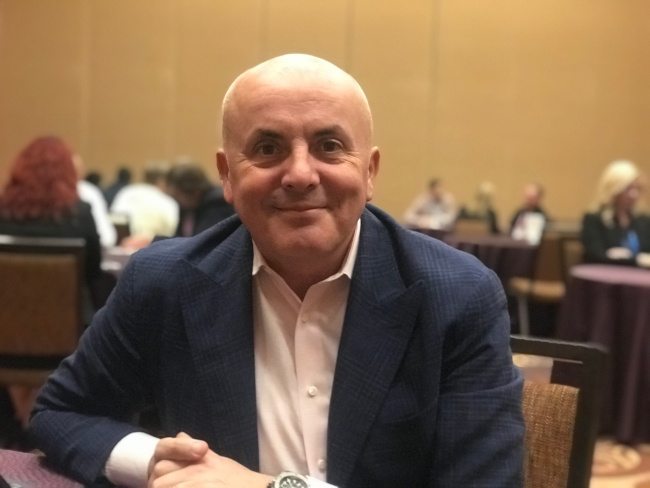 Sensing changes in the marketplace, NetApp is expanding its potential user base beyond its core audience of storage administrators, appealing to cloud native developers with promises of more flexibility — and less hassle — in provisioning and managing storage.

These days, the role of the storage administrator is no longer about provisioning volumes, but about building automation into the DevOps platform, defining through code the access that the company’s applications needs, and can be easily requisitioned by developers, explained NetApp senior manager Eduardo Rivera, during one presentation.

NetApp’s ace in the hole is its NetApp’s OnTap data management software, which the company has built out over the last few years to work closely with the major cloud providers. In effect, OnTap offers an on-ramp to moving workloads to the cloud, and even across different clouds. It provides fast access to cloud storage services through both the NFS and the Windows SMB protocols — even within the same storage volume, noted Anthony Lye, NetApp senior vice president and general manager of the company’s cloud business unit, in an interview with The New Stack.

NetApp has also been devoting an increasing amount of developer mindshare to Kubernetes, the popular open source container orchestration engine. The company’s Trident software tackles one of the most difficult challenges of running Kubernetes, by providing a central gateway to manage all the storage used by Kubernetes pods. The fully-supported software, in various locations, already runs 19,000 clusters for 400 customers, accessing 3.5PB of data.

Lye noted that NetApp was called in to build out the SMB and NFS capabilities for both Microsoft Azure and the Google Cloud Platform. For these users, “there is no storage admin,” he said. Developers provision the storage they need themselves, with a minimum of hassle. He suspects that enterprises will soon follow this model as well.

In his presentation at the conference, Lye demonstrated how OnTap could be the primary storage interface for both in-house data centers and the cloud, and in such as way as to help customers save money in their cloud provisioning while improving performance and even adding new features.

He showed a demo of using OnTap to move less-essential data from fast, though expensive Flash-based storage arrays, such as snapshots and inactive data, onto a cloud service. He also showed how an enterprise could move its entire disaster recovery operations to the cloud. NetApp itself was able to save $48,000 per month by moving its DR data to the cloud, without changing the apps, and retaining 95% of the functionality.

“If you put any workload on Amazon and you put OnTap on top of it, your Amazon bill comes down,” Lye asserted. And it leads to new DevOps-styled capabilities as well. A developer who wishes to test an app against the production database can easily spin up a mirror of the database (with the proverbial “mouse click,” as Lye puts it), and have one readily available, Lye said. This simply would not be possible, or could take months for an admin to set up otherwise, with traditional enterprise storage arrangements of yore, Lye argued.

With @NetApp’s #OnTap Cloud Volumes, you can add more capacity to a #Cloud workload on the fly to get more IOPs, ie a 74TB Spark-based daily data analysis that went from 24 hours to complete to 6.9 hours, actually saving on the Compute budget. #NetAppINSIGHT pic.twitter.com/ic6mIchg7E

Those in attendance at the conference seemed to appreciate NetApp’s direction, even if they themselves weren’t that far in their cloud native journeys. Eric Sedore, associate CIO for infrastructure services at Syracuse University, noted that the university has found that containers have been most beeficial for its researchers, who can easily package and repackage their scientific apps for short-term use. The organization relies on virtual machines and platform services for most other workloads. Among the major storage vendors — including giants such as Dell/EMC, HP and IBM — NetApp alone has developed a coherent strategy for managing multiple storage resources. Most are still focused at the level of storage arrays, he said.