NetDevOps: The Next Frontier in Agile Enterprise Automation? 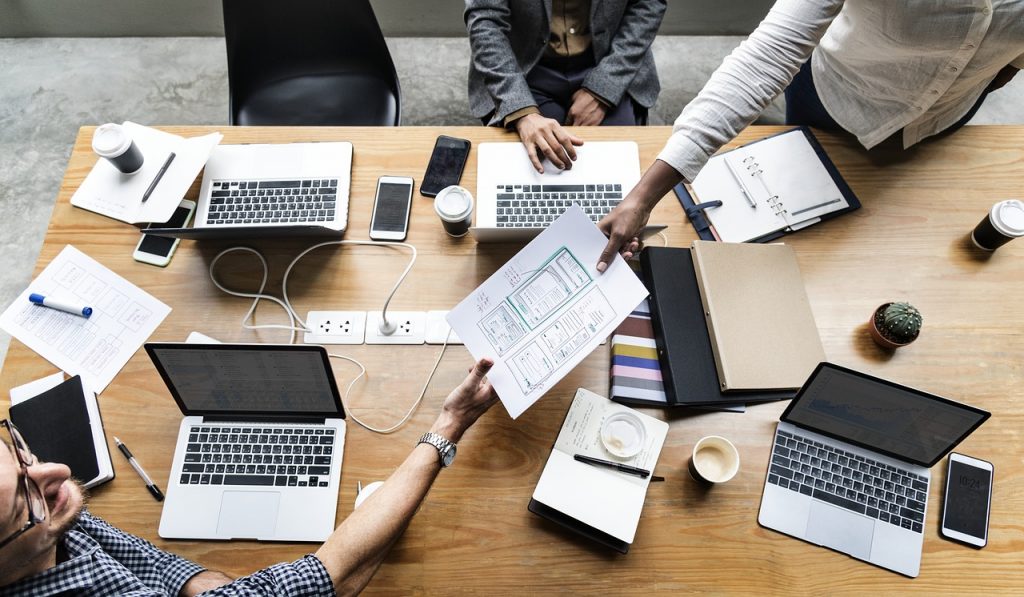 Agile transformation has gone from an IT norm to changing the way whole organizations work. Could DevOps be next?

There’s no doubt that DevOps is a hot cultural and technical trend in most digitally focused companies. The purpose of DevOps is to break down the walls (both physical and metaphorical) between software developers and the operations running the infrastructure. When successful, building, testing, and deploying can happen in tandem so that reliable releases occur more frequently and quickly. This leads to a cultural change as silos fade into cross-functional teams.

DevOps also leads to a security change because its emphasis on automation and monitoring assures that flaws are found more quickly and patches and updates are released continually. DevOps leverages tooling to support cross-functional interoperability and automated workflows that back continuous development, testing, deployment, and integration.

What if the benefits of DevOps were brought to networking?

NetDevOps takes the focus of culture, collaboration, tooling, and automation and extends it to network architects and operators and their networks’ changes.

NetDevOps — as it’s called by Cisco but is sometimes also known as DevNetOps — is, as you can imagine, a portmanteau that adds the network engineers and tooling into this mix. NetDevOps takes the focus of culture, collaboration, tooling, and automation and extends it to network architects and operators and their networks’ changes.

Where NetDevOps Is Beginning

Cisco, from its position as a top networking hardware provider, seems to be leading the NetDevOps move from theory to practice with some of its customers.

“We’re talking to them about using infrastructure as code and moving toward automation and scripting and applying some of those ideas,” said Amanda Whaley, senior director of developer experience at DevNet, Cisco’s developer community, where members can learn all about Cisco APIs and how they tie into intent-based networking.

“In Cisco DevNet, we have this community of app developers and the infrastructure engineers, and we see them coming together, and we’re facilitating that conversation,” she said.

So, what’s the first step for network’s parlay into DevOps culture and automation? Making sure your hardware is connected. Whaley says it’s all about making sure your routers and switches are connected via APIs, allowing them to be programmable. Once that’s in place, then you can add assurance, analytics, and observability into the mix, starting to apply DevOps processes and principles to the network.

Whaley gave The New Stack an example of how DevOps best practices can be applied to the network:

“Use a regular CI/CD [continuous integration and continuous delivery] pipeline [for] storing networking configuration as code in your source control. Then you can deploy these changes to a test network and then deploy them to production, applying consistent changes to network changes as well.”

Whaley continued to say that this is all very new and they are still trying it out. Her team at Cisco has seen service providers so far sparking some of these NetDevOps transformations, but she’s also seen it coming out of enterprise corporate IT where there’s a greater need to automate and manage more network devices.

How Close Is NetDevOps to Mainstream?

At the smaller number of companies experimenting with NetDevOps, the network teams are indeed focusing on establishing a culture and environment where building, testing, and releasing network changes can happen more rapidly, frequently, and reliably. And certainly, devs and ops are working together to release rapidly and more stable. However, there’s usually a missing link of communication between the network and DevOps teams and their tooling.

Since this is an emerging process transformation, there isn’t as much tooling as there is for the more established grandparent of just DevOps, but Whaley was able to share some of the tools that are being leveraged for NetDevOps. A lot of it is surrounding model-driven network management builds with the YANG data modeling language, following NETCONF and RESTCONF protocols. Building NetDevOps on a REST API backbone allows for greater interoperability with what development and operations is doing. Some DevOps tooling being applied to networking includes:

Whaley agreed that there are still tooling gaps, like the testing piece of this massive continuity puzzle.

“If you’re going to test a network change, you either have to have a test network sitting around — most people don’t have that spare network — or a simulated network but there’s some good starts,” she said, mentioning PyATS Python automation test systems and the DevNet Sandbox for reserved hosting and testing.

The security benefit of DevOps carries over as a strong motivator for network adoption. By tracking changes as code, network operators are more able to know what changes have been made and can automate security more.

Whaley continued that making a network change can be something that “can typically be very point in time,” planning and preparing for this change well in advance. The benefit of NetDevOps is that networking decisions are then made with the most recent code and with observability, agility and performance in mind, “eventually resulting in uptime and better service.”

On the other hand, the network actually has some interesting data for app engineers, location from WiFi, heatmaps, and usage information.

Business analytics will soon blend with NetDevOps to unlock a lot of data that will improve a whole range of areas, from smart cities to customer experience. This phenomenon is very likely to see a boost in adoption alongside the growing popularity of enterprise Internet of Things over the next couple years.

Who Will Be the First to Accept NetDevOps in the Modern Org?

Whaley warned that just like DevOps, NetDevOps isn’t for everyone.

“It’s similar in DevOps that it is culture plus tech change — not necessarily a fit for everyone, but you can start with automating common tasks and grow the practice from there,” she said. “If a strong DevOps practice already exists, it’s natural to extend those ways of working” to networking as well.

She pointed out that it brings a lot of possibilities of teams getting closer together.

So far Whaley’s team has found that — like many things in the enterprise space — it’s the culture that has to change first. DevOps had to deal with literal walls often between devs and ops often on the same floor. Just to start, the network team may even be at a different location.

Part of the DevNet classroom offering is teaching network developers to code, offering classes like Coding 101 and Learn about REST APIs for Network Engineers, with the goal of brokering understanding about the common tools, languages and experiences. These exercises see network devs learning things like, as Whaley described: “Let’s get a list of network devices and show me their IP addresses, how it affects them, and how to write a Python script.”

Another piece of NetDevOps that’s still evolving is who is the manager of it all. So far, Whaley sees some of it coming from within the networking organizations looking to link up with their DevOps counterparts because they share in the problems of scale and speed, recognizing automation is the only way to get there. At other organizations, DevOps is leading the way because they have reached a level of sophistication that the natural next step is to look for ways to improve how the network is responding.

No matter which side of the aisle is pushing for the NetDevOps transformation, Whaley says that the demand for speed, agility and scale coming from the CIO level, and either side is focusing on how to leverage the APIs on the other side. 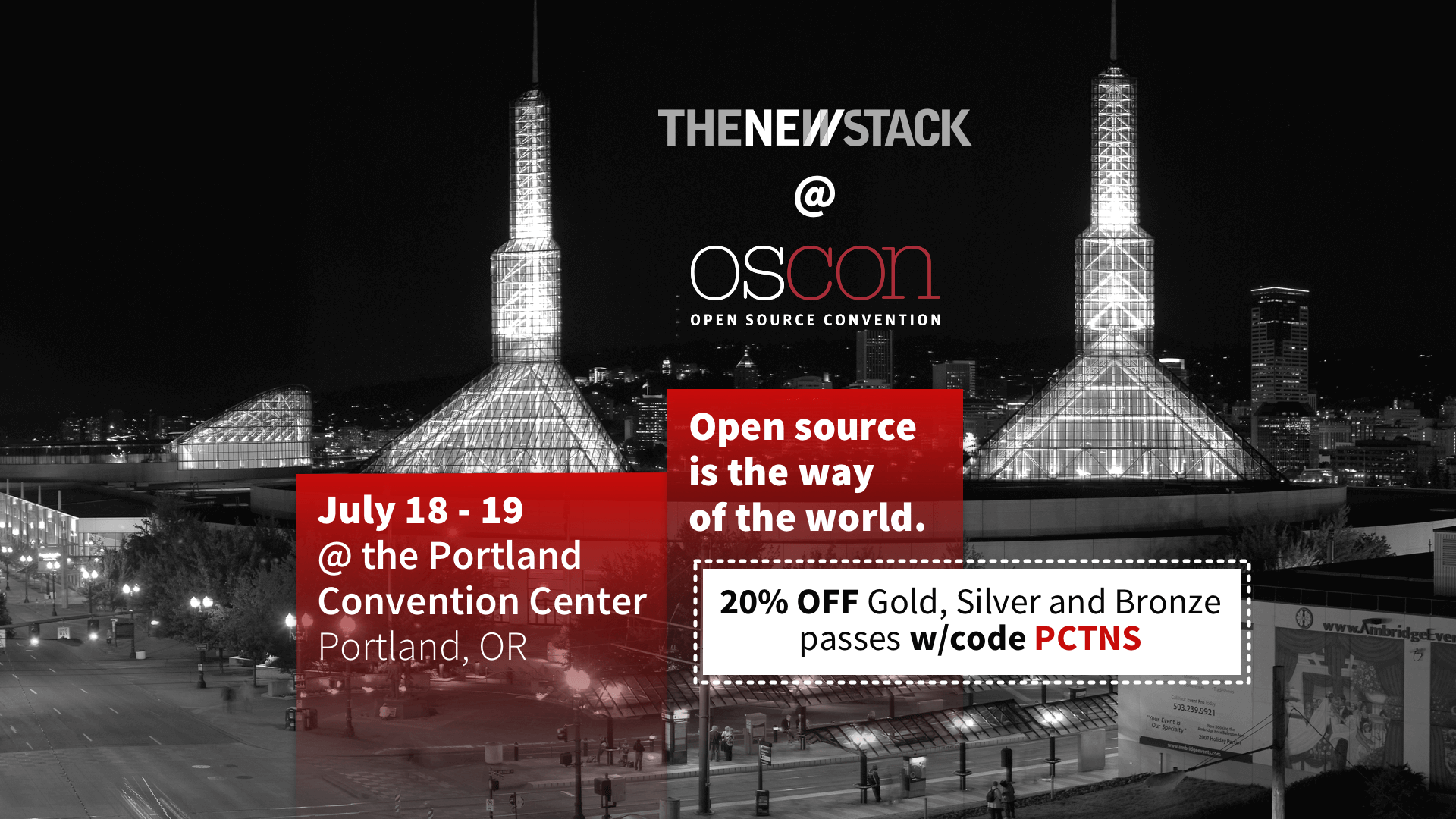 Puppet and Chef are sponsors of The New Stack.

Jennifer Riggins is a culture side of tech storyteller, journalist, writer, and event and podcast host, helping to share the stories where culture and technology collide and to translate the impact of the tech we are building. She has been...
Read more from Jennifer Riggins
SHARE THIS STORY
RELATED STORIES
Building a To-Do App using GitHub Actions, Playwright, Next.js How Yarn Workspaces Accelerated LinkedIn Code Delivery GitHub Actions Were Vulnerable to Rust Artifact Poisoning Engineering Best Practices of CI Pipelines Coherence Strives to Streamline Cloud Developer Experience
TNS owner Insight Partners is an investor in: The New Stack.
SHARE THIS STORY
RELATED STORIES
Using DORA Metrics to Optimize CI Pipelines DevPod: Uber's MonoRepo-Based Remote Development Platform Building a To-Do App using GitHub Actions, Playwright, Next.js Kubernetes CI/CD Pipelines Explained A Look at Kubernetes Deployment
THE NEW STACK UPDATE A newsletter digest of the week’s most important stories & analyses.
The New stack does not sell your information or share it with unaffiliated third parties. By continuing, you agree to our Terms of Use and Privacy Policy.