The folks behind Netlify are extending the functionality of its git-based Web deployment service through the use of curated third-party plug-ins.
May 27th, 2020 2:25pm by Joab Jackson 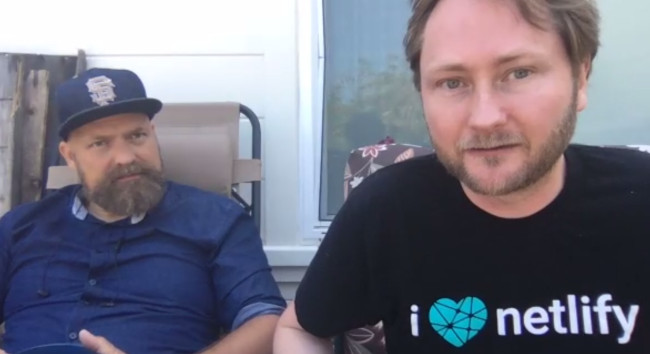 The folks behind Netlify are extending the functionality of its git-based web deployment service through the use of curated third-party plug-ins. The company revealed the new technology at its Jamstack Conf Virtual, being held on May 27-28.

Netlify provides a platform for front-end developers to push changes in their applications directly from a git repository. It is built on the idea of the Jamstack architecture, that of eschewing traditional web servers by the use of JavaScript, APIs and markup.

Now users can deploy, or even create, their own custom build steps. The Netlify Build Plugins will, according to the company, offer a catalog of integrations to extend functionality within the software build chain. Plug-ins, which are npm modules, can be easily installed through the Netlify user interface. Developers can also build their own plug-ins using the Netlify API.

Typically, Netlify will fetch the source code from your repository, install dependencies, and then run the build command. And then if it passes, Netlify will deploy the result, noted said Mathias Biilmann Christensen, Netlify CEO, in an interview with The New Stack.

Users, however, may have their own custom steps, such as checking accessibility compliance, for instance.

Another advantage to such a plugin is that it can provide detailed results should the build fail for accessibility reasons.

The plugins that are made available to the platform are reviewed and tested by Netlify, to ensure they work in across all Netlify environs. 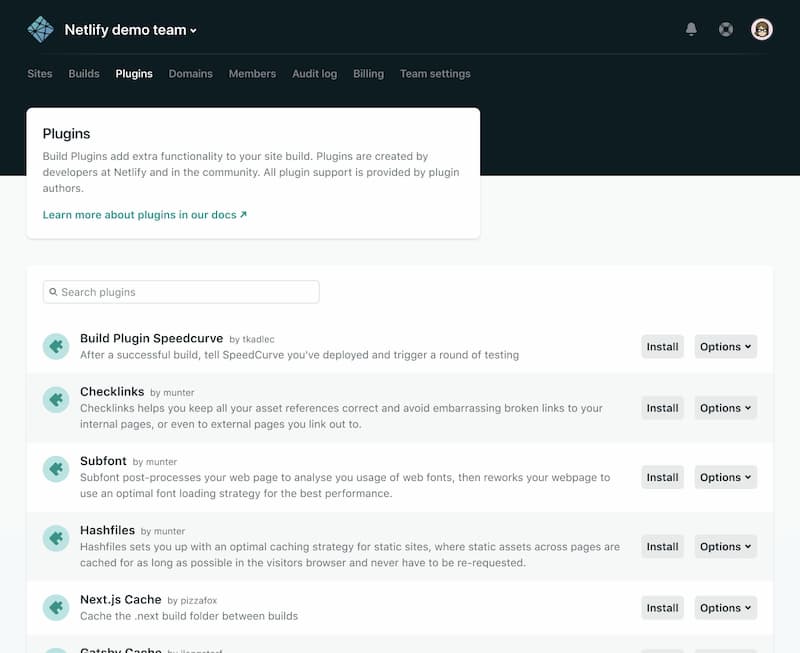 Some sample plugins include:

In a recent survey of users, Netlify found that top Jamstack use cases include consumer software (45%), internal tooling (36%), and enterprise software (35%).

About 38% of these developers work for a technology company, while others work in advertising and marketing (21%), media and publishing (14%), education (14%), financial services (13%) and business support & logistics (13%). The top Jamstack benefits cited by these developers are performance, uptime, speed of development, security, compliance, and avoiding vendor lock-in.

Joab Jackson is Editor-in-Chief for The New Stack, assuring that the TNS website gets a fresh batch of cloud native news, tutorials and perspectives each day. He has logged over 25 years in infrastructure IT journalism, including stints at IDG,...
Read more from Joab Jackson
SHARE THIS STORY
RELATED STORIES
Core Wars Shows the Battle WebAssembly Needs to Win AI21 Labs Bets on Accuracy, Develops Approach for Factual AI Pinterest: Turbocharge Android Video with These Simple Steps Insights on Integration Tests with Foresight OpenSSF Aimed to Stem Open Source Security Problems in 2022
TNS owner Insight Partners is an investor in: The New Stack.
SHARE THIS STORY
RELATED STORIES
Wasm for the Frontend: A Look at Developer Use Cases Rethinking Java @Scheduled Tasks in Kubernetes Platform Engineers: Developers Are Your Customers OpenSSF Aimed to Stem Open Source Security Problems in 2022 Poisoned Lolip0p PyPI Packages
THE NEW STACK UPDATE A newsletter digest of the week’s most important stories & analyses.
The New stack does not sell your information or share it with unaffiliated third parties. By continuing, you agree to our Terms of Use and Privacy Policy.