Network communication — also referred to as internetworking — is a group of defined standards and protocols that enable application programs to transmit information regardless of the hardware device where developers operate the programs.

Networking is an essential component for cloud-native computing, a stack of communications software that allows microservices to communicate with one another and with the world at large. The dynamic nature of container-based workloads puts new pressure on the networking layers of this stack, demanding extremely low latency and rapid lookup times to find services.

What Is Computer Networking?

Benefits of the Network Model

Some benefits of the network model for interconnected networks include:

Creating accurate and consistent data. The network model depends on parent-child relationships creating a connection between parent and child segments. This structure leads to the constant creation of precise data.

Enhancing data independence. The network model is structured in database management systems (DBMS) to make data more independent than hierarchical models. This feature is available because each higher level in a data set is not adversely affected by changes to the level beneath it.

Discover all the things a Service Mesh can do

What Are Network Interfaces?

Multiple internetworking technologies such as Transmission Control Protocol and Internet Protocol (TCP/IP) serve as a network interface. For example, the TCP/IP interface allows specific network technologies to understand and send internet protocol (IP) datagrams at the network layer by formatting IPs into packets.

Here are some issues faced with networking applications.

Container management. Containers must share the Internet Protocol number with their host operating systems as a kernel technology. As a result, managing containers must be done either through an overlay network or other modifications.

Security threats. Preventing unauthorized access to computer networks and cyber-attacks while maintaining network integrity is one of the constant issues teams face with networking applications.

Microservices communicate with each other through inter-service communication networks. Changing the communication mechanism when switching between microservices applications can be complex. To this end, Google has devised another technology, called gRPC, specifically for low-latency communications. To connect with the Internet of Things, IBM’s MQTT is proving to be a robust protocol for low-bandwidth devices.

Container Networking: A Breakdown, Explanation and Analysis
BY Lee Calcote 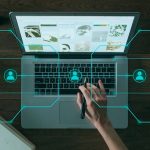 The Evolution to Service-Based Networking
BY Peter McCarron
Embracing service-based networking allows companies to match the velocity of modern app delivery practices without compromising on management or security. 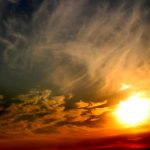 A Software-Defined Approach to Networking and Security
BY Kiran Oliver 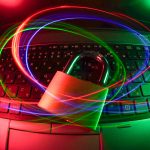 3 Ways Developers Can Boost Cloud Native Security
BY Tim Hinrichs
While the cloud and microservices may open up more vulnerabilities, a DevSecOps mindset and the use of authorization can help software teams close the gaps. 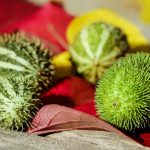 4 Essential Tools for Protecting APIs and Web Applications
BY Brian Schwarz
There is a wide range of tools available to help organizations effectively protect their API-based solutions. Here are four essential API-focused security solutions every organization should have in place:
SHARE
Latest Networking Stories
EU Analyst: The End of the Internet Is Near
BY Joab Jackson
Turbocharging Host Workloads with Calico eBPF and XDP
BY Reza Ramezanpour
SPONSORED
Azure Went Dark
BY Steven J. Vaughan-Nichols
Performance Measured: How Good Is Your WebAssembly?
BY B. Cameron Gain
How to Overcome Challenges in an API-Centric Architecture
BY Srinath Perera
SPONSORED
How to Use Time-Stamped Data to Reduce Network Downtime
BY Caitlin Croft
SPONSORED
The Right Stuff for Really Remote Edge Computing
BY Mark Gamble
SPONSORED
The Next Wave of Network Orchestration: MDSO
BY Morgan Stern
FULL NETWORKING ARCHIVE