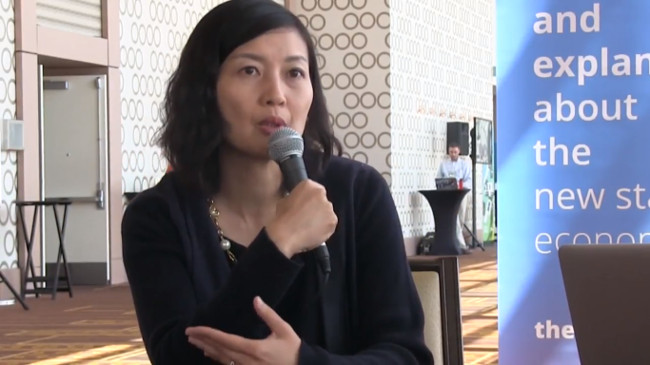 In the 1990s, Microsoft sold its software through retail stores. Anyone remember Egghead Software? The customer would go home with a software package … in a box. It was a physical purchase. If something was wrong with the software? Microsoft would then deliver another box back to the customer with the updated Windows software. Selling physical objects had an inherent complexity for Microsoft. Inventory management alone added a dimension of scale that was unprecedented.

So, how has this complexity changed in the past two-plus decades, as software has moved to the cloud? And how has Microsoft adapted? Julia Liuson joined Microsoft 25 years ago working as a developer on Microsoft Access. Continuing her work in the Visual Studio space, Liuson now is the corporate manager of developer tools and services.

She recalled that changes started to come five years ago when Satya Nadella became CEO and quickly started to change the company culture to embrace cloud services. “Back then, as a developer, you simply weren’t allowed to look at open source software without an approval from VP,” Liuson said about Microsoft. “That was just four years ago. Can you imagine?”

Three years ago came the real push to open source and what Liuson describes as an obsession with customer satisfaction, backed by engineering deliverables, cultural shift and delivery.

Today, Microsoft is delivering services through cloud services that manage the inherent complexity businesses face while also helping them build value through developing software infrastructure. That’s critical now as a company’s core business capabilities are equated with their software. The question for customers is how do they deliver great experiences through software? How must software be managed if every business is a software business?

Customers want to use open source software but industry compliance, for example, adds a dimension of complexity that is outside of their core business focus, Liuson said. Microsoft is focusing on helping to manage the complexities through the services it offers on Azure.

“Their value is in banking or hotel management,” Liuson said, in an interview at the Linux Foundation’s Open Source summit last month, for our latest edition of The New Stack Makers podcast. “It is not their core competency to manage the orchestrators of the world.”

3:06: The significance of Microsoft joining the Linux Foundation, Cloud Foundry Foundation, and the Cloud Native Computing Foundation.
6:50: How Liuson sees Microsoft changing to embrace open source.
8:22: How Microsoft is integrating feedback loops now that it is committed to open source, and how this differs to Liuson’s early years at Microsoft.
10:23: Where has the complexity moved over the last 25 years?
13:24: What App Service on Linux brings to Microsoft’s customers.
16:27: What Liuson says to the Microsoft skeptics out there.

Microsoft sponsored this podcast. The Cloud Foundry Foundation, the Cloud Native Computing Foundation and the Linux Foundation are sponsors of The New Stack.