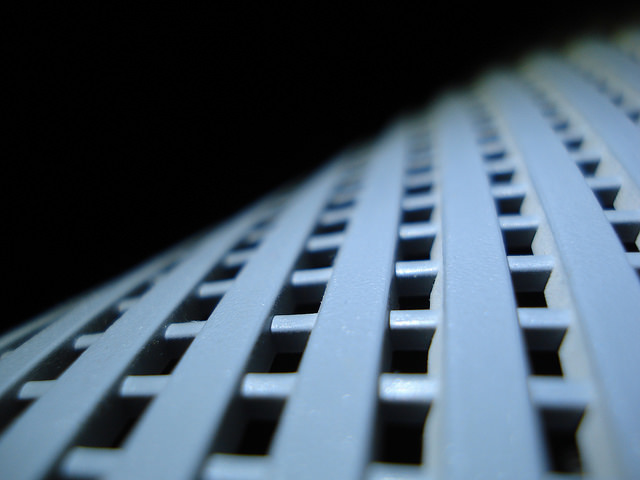 New Relic is jumping into the world of microservices with new features aimed at helping developers and operations teams alike embrace these new technologies.

The new features and announcements include: 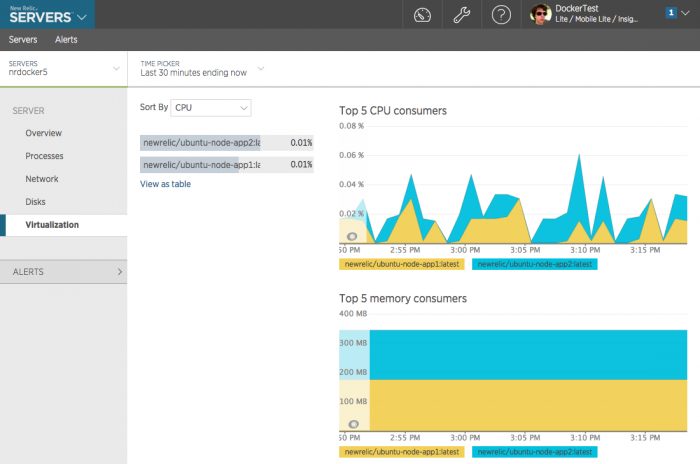 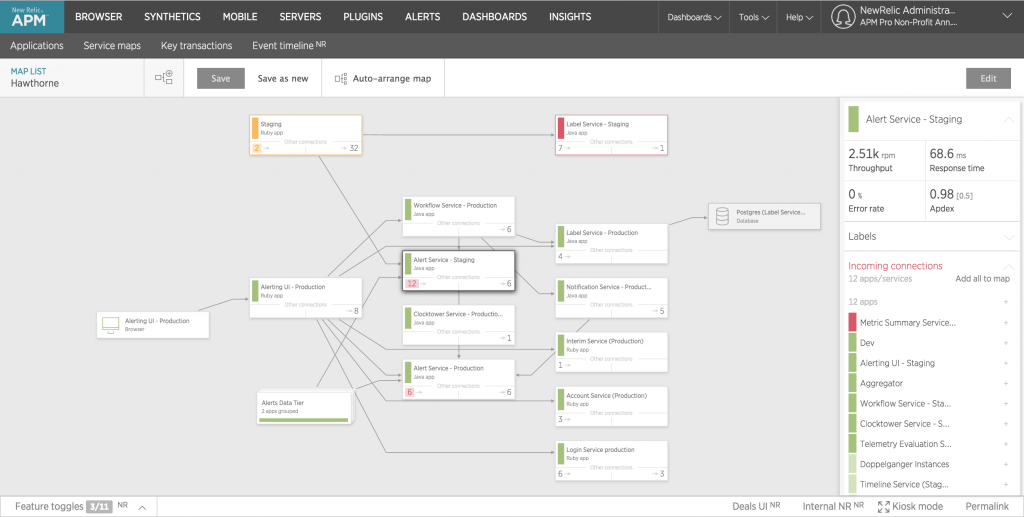 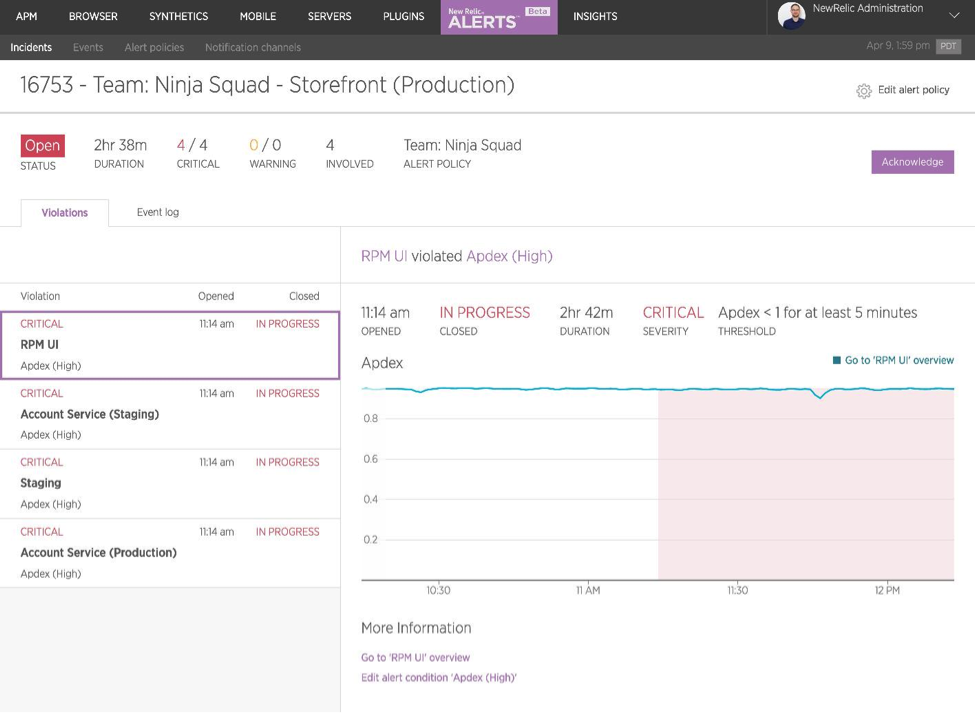 While containers offer benefits such as isolation, predictability and portability, they create their own issues, New Relic’s VP of Product Management Patrick Lightbody said of the native Docker monitoring that the company is unveiling.

“The problem is that it’s introducing a new opaque wall between the software that’s running and the operating system. Your software doesn’t know it’s on host XYZ in container ABC, and it’s breaking traditional monitoring tools that rely on connecting the hosts and the software. So we added Docker awareness to both sides, to both our APM monitoring and server monitoring to help draw those connections again,” he said.

“We want to make that opaque wall a little more transparent so that when someone’s triaging an issue, they don’t run into a brick wall, not knowing where this container is actually running, what machine is it actually running on and what resources is it actually using relative to all the other containers running on that machine. That information has been hard to get for people running Docker. Now we can let people see every tier, every node and every connection point in the logical software architecture. “

He said New Relic has one member on Docker’s board and uses Docker containers in-house.

“We have some usage patterns where we’re running a Docker container that’s very long-lived running our app server that collects data – millions of transactions per minute. Then we have other models where every time where we go monitor something — we have what we call a synthetic monitoring solution, we check people’s websites— we spin up a Docker container, then shut it down maybe a few seconds later. We’ve felt the pain of monitoring it.”

He said New Relic might later consider adding support for other runtimes such as CoreOS’s Rocket and others if they have market traction and the key management layer that it uses to draw the connections between the process, the container and the server.

While the concept behind Service Maps isn’t new, the company decided to start fresh by going back to what all companies tend to do: have someone draw out the architecture on a white board. At the same time it wants to address the problems with this exploding microservices architecture.

“The traditional way where you put all the nodes on a screen and draw all the connections — that really breaks down with these modern architectures because you may have hundreds or even thousands of components that are speaking to hundreds of other components and you basically get like a rat’s nest in a visualization on the screen and no one can make heads nor tails of it. It’s incredibly ineffective to triage issues or communicate the logical architecture of your software,” he said.

Within companies, even front-end teams might draw the architecture differently than the backend team as they consider how big a box to draw, whether to draw certain dependencies at all. Service Maps allows various teams to customize their drawing of the architecture showing all the dependencies and the real-time health status for components, but any changes to the architecture will be reflected in the map.

Its alert system is designed to roll up all the individual violations that occur after the first alert into an incident dashboard, rather than having alert after alert come through while the initial problem is being fixed. It allows users more options and controls to choose alerts for the metrics they care about most.

It works across the New Relic Software Analytics Platform, integrates with its iOS and Android apps and has customizable webhooks for integration into other systems such as Slack, HipChat, OpsGenie, PagerDuty, VictorOps and Campfire.

A growing number of New Relic customers already use the Cloud Foundry platform, so this will be away to spread the analytics company’s reach. New Relic plans to contribute a tile, service broker, and build pack with the goal of easing the development of applications on Cloud Foundry and enabling the success of these applications without dedicated monitoring infrastructure.

Two months ago rival cloud monitoring firm Datadog unveiled Host Maps, a visualization tool to provide information at a glance into hosts and any problems they might have. Other competitors include AppDyamics and Rocana (formerly ScalingData), which last week announced $15 million in Series B funding led by Google Ventures.

New Relic launched an initial public offering in December in which it raised $115 million.

Datadog and New Relic are sponsors of The New Stack.

Susan Hall is the Sponsor Editor for The New Stack. Her job is to help sponsors attain the widest readership possible for their contributed content. She has written for The New Stack since its early days, as well as sites...
Read more from Susan Hall
SHARE THIS STORY
RELATED STORIES
Takeaways from the ESG GitOps and Shift Left Security Survey Spotify's Backstage: A Strategic Guide Does Your Database Really Need to Move to the Cloud? Do You Need a Managed Database? The Latest Milestones on WebAssembly's Road to Maturity
TNS owner Insight Partners is an investor in: Docker.
SHARE THIS STORY
RELATED STORIES
Driving Digital Experiences via Cloud Native Applications Takeaways from the ESG GitOps and Shift Left Security Survey How Donating Open Source Code Can Advance Your Career Do You Need a Managed Database? How Intuit’s Platform Engineering Team Chose an App Definition
THE NEW STACK UPDATE A newsletter digest of the week’s most important stories & analyses.
The New stack does not sell your information or share it with unaffiliated third parties. By continuing, you agree to our Terms of Use and Privacy Policy.