In what New Relic executives described as adjusting to a “sea change” in open source adoption, the company has begun to make available as open source on GitHub its agents and instrumentation integrations with public cloud services and other projects.
Jul 29th, 2020 1:32pm by B. Cameron Gain 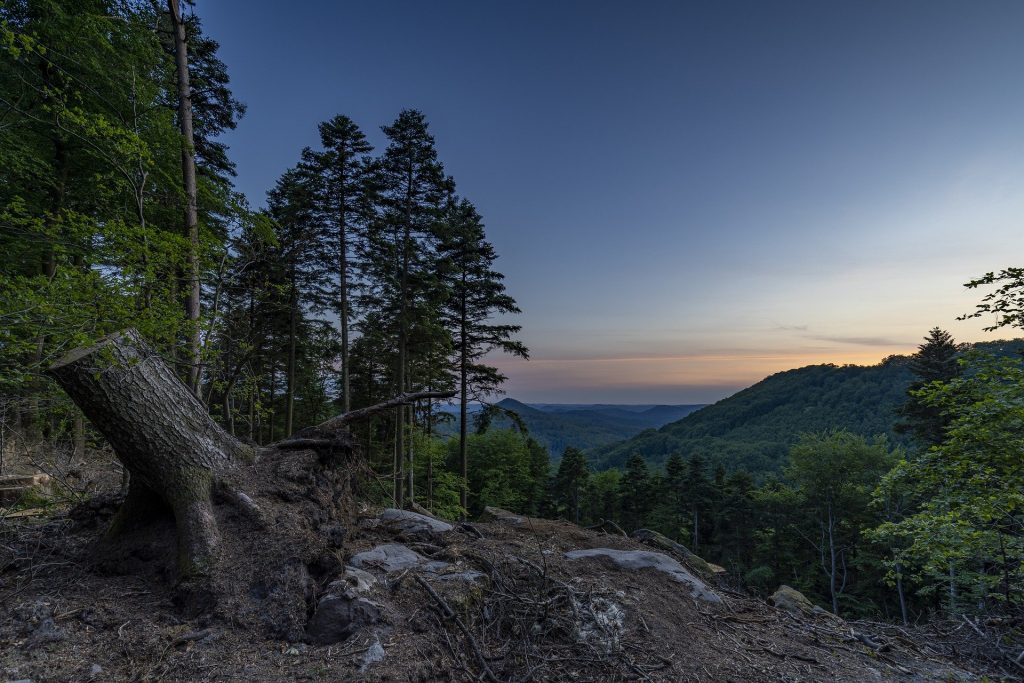 Observability platform provider New Relic is changing much of its proprietary business model as it open sources a number of agents in its product catalog. In what New Relic executives described as adjusting to a “sea change” in open source adoption, the company has begun to make available as open source on GitHub its agents and instrumentation integrations with public cloud services and other projects.

While the company will continue to sell its New Relic One platform as a service, New Relic will offer its agents, integrations, software development kits, command-line interfaces and its “custom visualizations“ in the New Relic One catalog. New Relic has made available the code for its C, Go, .NET, Node, Python and Ruby agents. Java agents are scheduled to become available in September, followed by PHP in October, New Relic said.

“These agents are all in the open,” Chief Product Officer Bill Staples — who was instrumental in Microsoft’s adoption of open source and its use for Azure — told The New Stack.

“We’re taking contributions from the community and we’re publishing our roadmap,” Staples said.  “We’re 100% committed to the open source philosophy.”

In parallel, New Relic will contribute code and financial resources for the Cloud Native Computing Foundation’s (CNCF) OpenTelemetry standard, in hope of helping to standardize instrumentation, which is often seen as lacking in cloud native infrastructure management. New Relic representatives said New Relic is also actively contributing to and supporting Prometheus standards for instrumentation and other telemetry projects, including Dropwizard, Kamon, Micrometer, StatsD and Telegraf, as well as related tools, such as Grafana.

New Relic's 'Politically Non-Activist' Business Model
Earlier this year, New Relic came under scrutiny for comments its CEO and founder Lew Cirne, made in a leaked memo about the company's stance on Black Lives Matter. While New Relic supported the movement, Cirne addressed in the memo some reportedly internal disagreement over how New Relic should work with companies with purported racist views.  New Relic is a public software company, not a political organization, Cirne wrote. He wrote that while Racism is evil, real and cannot be tolerated under any circumstances,  he also added that Any public stance we take on sensitive political issues (may) alienate major constituents. Some had interpreted these comments as a reluctance to stand behind BLM, though a New Relic spokesperson said that Cirne's comments were largely taken out of context. The spokesperson noted, for example, that New Relic matched employees' contributions in support of BLM for a total contribution of over $70,000. The volunteer efforts by employees were also undertaken on company time, which New Relic encouraged, the spokesperson said. In one passage in the letter The Oregonian did not publish, Cirne wrote: We do have a short, well-defined list of organizations that we will not serve. They are hate groups. That list is not defined by me, or any other Relic or group of Relics. That list is defined by the ​Southern Poverty Law Center​, an expert, nonpartisan body who focuses on this very topic.

In this way, an organization might take New Relic’s open source code and use it for its own own purposes, while also contributing changes to the project. Under the terms of the license, they can use the agent libraries for their applications. Once the application is running, the telemetry diagnostic information that is emitted essentially “can be pointed at any number of open source backends or commercial backends,” such as those New Relic provides, Staples said.

For cloud deployments, for example, a New Relic customer might rely on New Relic’s commercial services for networking storage and visualization analytics, while also using  New Relic’s open source agent for its application and code.

New Relic’s move can be seen as a way to “create customer stickiness,” Clive Longbottom, an analyst for Clive Longbottom and Associates, said. “If New Relic can get others to create modules and integrations using the SDKs, then they extend their reach at little risk to themselves,” Longbottom said. “If they can get a good following, it means that the explosion of new software, such as in the IoT and AI areas can be covered through the open source community, rather than New Relic trying to do everything. Overall, a clever enough move — as long as New Relic successfully monetizes its customer base.”

New Relic is largely responding to both a shift in open source adoption, as well as the need for standardization, especially for standardization. In a cloud native world, for example, “differentiation in observability no longer lies in proprietary instrumentation, but in the scalability of the overall platform architecture,” Torsten Volk, an analyst for Enterprise Management Associates (EMA), told The New Stack.

Agents are thus becoming a commodity. “It makes sense to open source them and throw your weight behind the OpenTelemetry standard,” Volk said. “New Relic can then focus on differentiating through its backend platform, which is where the AI-driven magic really lies.”

Docker’s past difficulties serve as a case study in what to avoid, Volk said.

“As the fall of the Docker company has shown, if you hang on for too long to proprietary solutions, the market will punish you,” Volk said. “Therefore, this step is simply reflecting the reality of today’s market that will penalize any solution that prevents or slows down the implementation of true scale-out software platforms.”

“In a scale out world, proprietary instrumentation will be viewed as seaweed on the anchor of digital transformation”– Torsten Volk, Enterprise Management Associates (EMA)

However, the shift of instrumentation becoming more commoditized is a positive change as these critical tools become more standardized and are applied to highly complex mixes of multicloud and on premises legacy environments DevOps teams typically manage. Instrumentation thus remains “very important, as 70-80% of applications are still unmodernized and rely on traditional monitoring,” Volk said. “For New Relic to open up their large vault of complete and comprehensive agents will tempt DevOps teams to try out a few of them and if they are successful, they may end up putting their weight behind selecting New Relic as their new observability platform vendor. At the very least, this move will make New Relic a relevant player in the cloud native space, instead of being regarded as “the guys whose software is too expensive for Kubernetes.”

As proof that New Relic’s shift helps to make the case that open source is the model of the future for software providers, the OpenTelemetry project alone, and New Relic’s support for it, help to demonstrate how the open source model is highly applicable to large-scale framework applications.

“The more vendors focus on the success of OpenTelemetry instead of developing their proprietary solutions, the more likely customers will be to standardize their organization on the use of OpenTelemetry,” Volk said. “The entire idea of open source is based on this belief that multiple vendors collaborating on the development of commodity products, such as monitoring agents, customers will have more choice and vendors can spend their resources on further developing their own “secret sauce” instead of creating the nth monitoring agent for MySQL or Red Hat Enterprise Linux.”

Still, New Relic’s open source project also represents a gamble, in many respects, and can arguably be seen as a “radical” move, Volk said.

“Radical is needed for credibility. In a world where more and more enterprises prefer open source software, you need to show that you are all in at an early stage. Being “all in” means more than just sharing your source code, as open source software only has a chance of mass adoption when multiple vendors throw their weight behind a project,” Volk said. “Therefore, for New Relic to throw their weight behind OpenTelemetry and looking for future differentiation further up the stack, makes a ton of sense. In a scale-out world, proprietary instrumentation will be viewed as seaweed on the anchor of digital transformation.”

BC Gain’s obsession with computers began when he hacked a Space Invaders console to play all day for 25 cents at the local video arcade in the early 1980s. He then started writing code for very elementary games on the...
Read more from B. Cameron Gain
SHARE THIS STORY
RELATED STORIES
What LaunchDarkly Learned from 'Eating Its Own Dog Food' Prometheus at 10: What's Been Its Impact on Observability? Data, Analytics and AI: What Will Happen in 2023 Crossplane: What Most People Get Wrong (and How to Get It Right) Swarm, a User-Friendly Alternative to Kubernetes
New Relic is a sponsor of The New Stack. TNS owner Insight Partners is an investor in New Relic.
TNS owner Insight Partners is an investor in: The New Stack, Docker.
SHARE THIS STORY
RELATED STORIES
Agent-Based vs. Agentless Security: Which Approach Is Better? What TNS Readers Want in 2023: More DevOps, API Coverage Data, Analytics and AI: What Will Happen in 2023 What Is the Docker .env File and How Do You Use It? 5 Best Practices for DevSecOps Teams to Ensure Compliance
THE NEW STACK UPDATE A newsletter digest of the week’s most important stories & analyses.
The New stack does not sell your information or share it with unaffiliated third parties. By continuing, you agree to our Terms of Use and Privacy Policy.