New Relic has “reimagined” its New Relic One application monitoring platform with the inclusion of a new feature, called New Relic Explorer, to help fill much needed gaps in observability.
Feb 10th, 2021 1:25pm by B. Cameron Gain 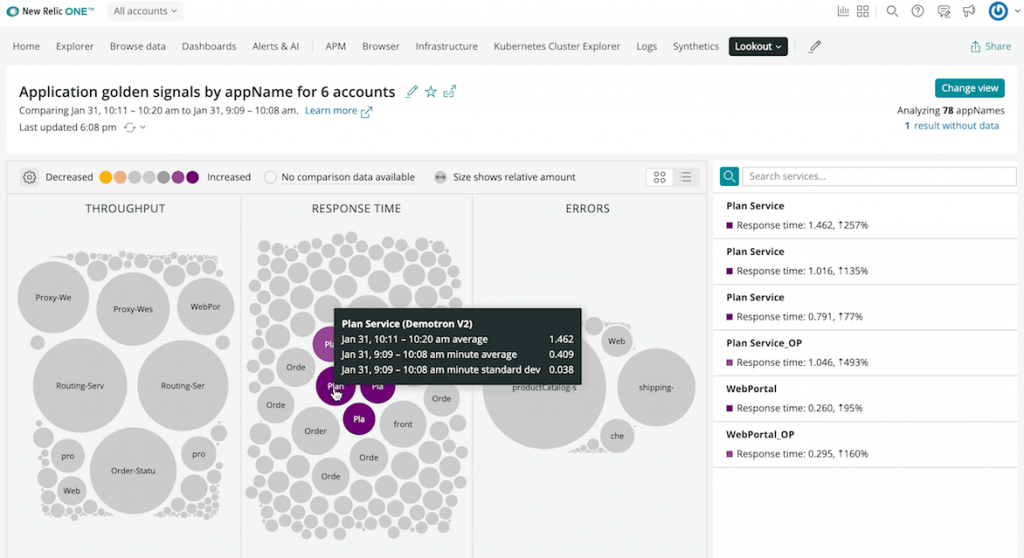 New Relic has “reimagined” its New Relic One application monitoring platform with the inclusion of a new feature, called New Relic Explorer, to help fill much-needed gaps in observability.

By offering what it describes as a much more intuitive experience for interacting with telemetry data, New Relic Explorer was designed to support DevOps teams increasingly struggling to process a deluge of telemetry data, Buddy Brewer, New Relic general vice president and field chief technology officer for the Americas, told The New Stack.

“Today’s engineering teams are limited in their ability to holistically see and understand what’s happening in their software systems. This is particularly the case for engineers relying on several fragmented and ad hoc tools, as these are rarely built with an eye to how they will operate in tandem with other solutions,” Brewer told The New Stack. “New Relic Explorer unites the disparate tools in an engineer’s software stack and provides easily understood visualizations to break down silos and take the guesswork out of monitoring and troubleshooting.”

While the average engineer increasingly needs to get more done across more data in less time, they are also struggling with being able “to drill down into the details and discover entity relationships, changes across applications, etc.,” Brewer said.

“New Relic Explorer is all about observability. In a post-microservices architecture world, the amount of telemetry being thrown off by modern applications today is staggering. Developers can’t keep track of it anymore using traditional tools oriented around architecture silos like infrastructure, DEM (Digital Experience Monitoring) and application performance,” Brewer said. “So, what we did with New Relic Explorer is bring all of this telemetry together into a single summarized view that combines all of the different telemetry types onto a single application health screen that updates in real-time.”

The main goal behind New Relic Explorer’s creation was to combine the entirety of an organization’s telemetry data from across applications and infrastructure for a single live view for observability of an entire software system’s health and changes “with zero configuration required,” Brewer said. “I think of it as the new ‘mission control’ or ‘homepage’  for observability,” he said.

New Relic Lookout: What New Relic described as an “industry-first,” the capability offers a real-time view of any changes in telemetry data. 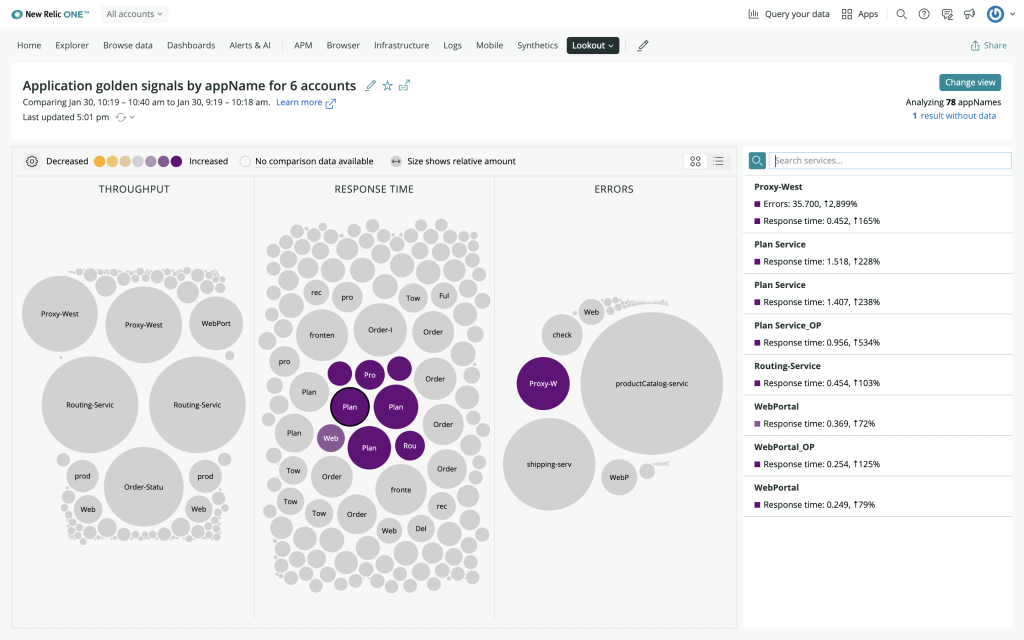 New Relic Navigator: All IT entities an organization may have are available for visualization, with observability for all applications, services, containers, functions, hosts, etc.,  in red, yellow or green based on “alert conditions.” 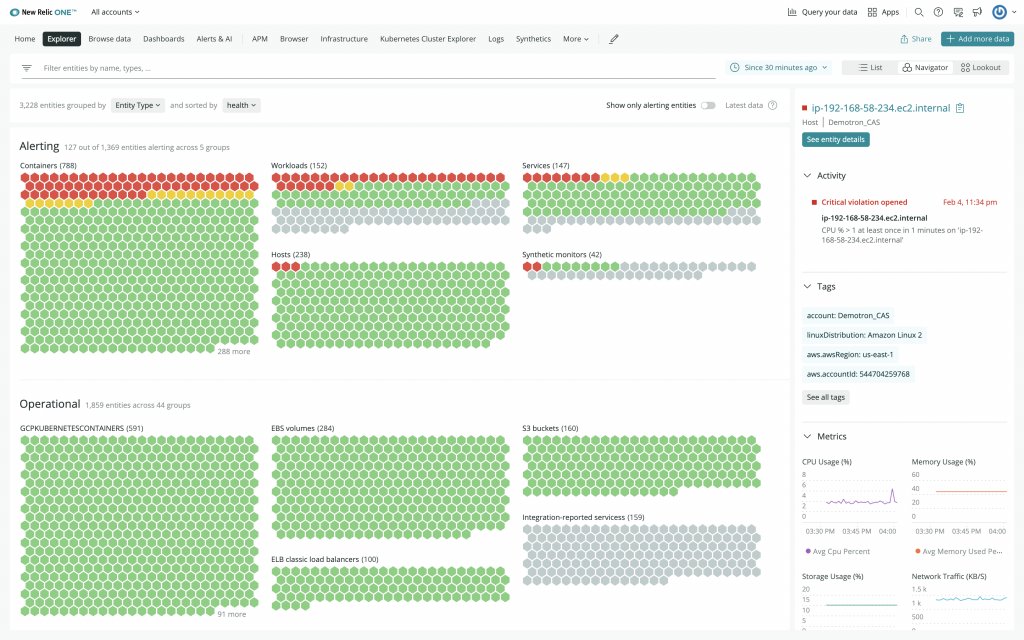 New Relic Explorer’s “related entities” allow developers to “quickly drill down from the overall health view into specific containers or services having issues that are impacting customers,” Brewer said. Information provided includes events, logs and traces that the DevOps teams “need to establish root cause and take action,” he said.

“What our early adopters have told us is that the unified view in New Relic Explorer helps them orient faster to what their observability data is telling them, allowing them to shave critical minutes off of Mean Time to Resolution,” Brewer said.

A more obvious use case Brewer observed for some of New Relic Explorer’s early-access customers has been its use for observing critical events, Brewer said. “They bring up New Relic Explorer on screen in order to ensure their software holds up under increased traffic in their most important moments,” Brewer said. “Because it packs so much information about overall health on one screen and updates in real-time, they are able to gain assurances that they are delivering the quality of experience their customers expect.”

A more surprising use case that “we didn’t anticipate” is that the summary view of the “whole application estate,” allows organizations to access “simple drill-down paths into the details of problem areas,” while “unlocking the ability for folks who don’t ordinarily ‘work in the weeds’ to roll up their sleeves and diagnose problems,” Brewer said. “In one case, a manager noticed an issue, found the root cause, and sent the issue directly to the team responsible. Ordinarily, they would have asked someone on their team to do it,” Brewer said. “This probably saved them at least a day of back and forth.”