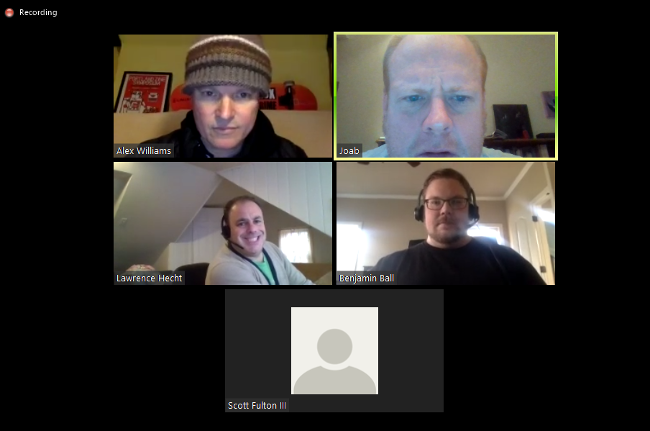 This week’s episode of The New Stack Analysts is our year-end wrap-up, with TNS staffers reflecting back over 2016 in scalable technology. Research Analyst Lawrence Hecht, veteran journalist Scott Fulton, Technical Editor Benjamin Ball, Managing Editor Joab Jackson, and founder Alex Williams discussed three of the biggest topics during the past year: The Docker fork, the future of OpenStack (and Kubernetes), and the effect of open source on the enterprise. The TNS squad also offered some predictions as to what 2017 may bring.

1. Whatever happened to the Docker Fork?

Last August, rumors swirled around a group wanting to fork the Docker code-base, worried about the inclusion of the Docker Swarm orchestration engine into the core Docker runtime.

To many, this was Docker drawing a line in the sand for the future of containerization. “Up until then, Docker, Inc. had a policy it called, ‘Batteries included, but replaceable,’ the idea is, ‘We give you our suggestion of what will work best in our container stack, but please feel free to use what you will,’ The grafting puts it out in a space where it’s a little more difficult to replace it. It becomes ‘Batteries included, but bypassable,’” said Fulton.

2. The Future of OpenStack (and Kubernetes)

The latest news of HP selling its OpenStack assets and Cisco shutting down its OpenStack-based Intercloud have only added to worries about the OpenStack private cloud software losing momentum in the market. Add to these concerns is the emergence of the Kubernetes open source container orchestration engine, which can carry out some, though not all, of OpenStack’s duties in the enterprise.

Williams noted that the one factor driving people away from OpenStack was its overall complexity. “I think time has just passed and now we’re in a new era,” Williams said. Jackson later noted that OpenStack is geared more toward service providers, though Hecht adding that today’s developers will want to learn how to work with Kubernetes and microservices, rather than with OpenStack. Fulton attempted to give OpenStack the benefit of the doubt, stating that, “I think a bit of OpenStack’s misfortunes this year may not necessarily be OpenStack’s fault.”

3. The Growing Influence of Open Source in the Enterprise

The final topic of discussion was the future of open source software. Ball raised the question to the panel as to how managing open source projects has changed over the years, most notably with the growing influence of software foundations. Fulton quickly brought up the positive benefits to organizations such as The Linux Foundation, noting that it, “Provides a more positive experience than in prior years as to how to collectively organize and come across some type of a common agenda. Whereas the Apache Foundation was a lot more about providing a support structure for the software and the individual project, The Linux Foundation has been much more about the communication. Getting everybody in line to talk about what needs to be done.”