OSCON 2016 Reaches Out for a More Diverse Audience 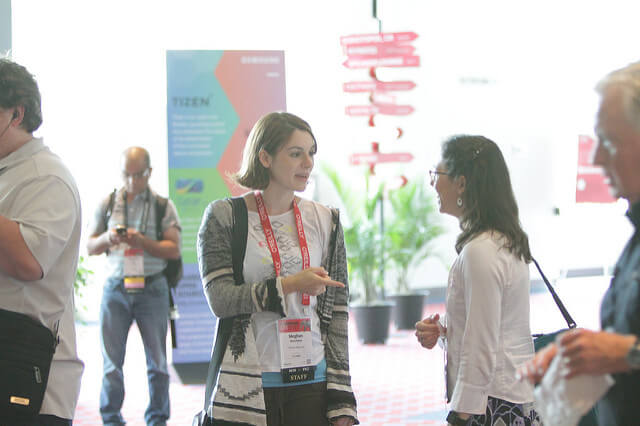 For this year’s O’Reilly Open Source Conference (OSCON), taking place in Austin May 16 – 19, the organizers tried to break out of the box, offering not only a new location (OSCON was previously held in Portland, Oregon) but also a new range of speakers as well.

As a result of a concerted effort to draw participation from a wider range of users, OSCON attracted over 1,500 submissions for possible talks, the largest number ever submitted to OSCON.

“Lots of people think about giving a talk about open source, giving a presentation. They just need a push,” said OSCON co-chair Scott Hanselman, who is a Microsoft principal program manager. “I think the reason we got so many responses is that we just told everyone there is an open [call-for-proposals]. This is what ‘open’ really means.”

They discussed the ways in which OSCON is creating paths for diverse speakers and presenters to share their thoughts with the open source community, the future of open source as a commodity, and more. Listen here:

“Our wall of faces looks like America, and I think that was one of the goals and the nice thing about it, was that we had such a huge pool […] it ended up being a really great, good-looking crowd of people that’s very representative,” Hanselman said.

By finding those who may not have had prior conference speaking experience, OSCON encompassed the ideals of the open source community.

“It’s not just about who the person is that’s giving the talk, sometimes there’s a lot of passion that comes out from a person that’s really at the ground floor at some of these projects that really deliver well on these in real life talks,” Hightower said.