Monki Gras, Nordic Dev Communities and Why Data Science Matters to the SysAdmin 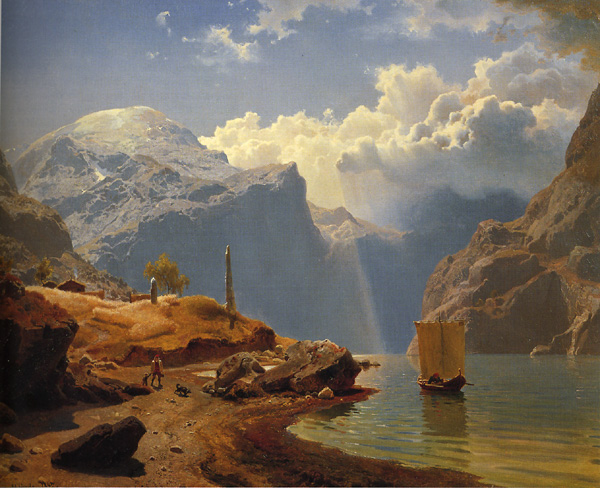 TNS Annual Reader Survey
We need your input! Take 5 minutes to chime in and help guide our coverage.
Begin the survey
The New Stack is a media sponsor for Monki Gras, the developer event by RedMonk with a theme this year about Nordic craft, culture and tech. RedMonk is giving out one free pass and a 15 percent discount for the event.  Try freenewstack for a chance at the free ticket or newstack for a 15% discount on the list price.

Looking forward to a schedule full of conference activity, The New Stack founder Alex Williams and co-host Donnie Berkholz of RedMonk ease into this first-of-the-year episode of The New Stack Analysts by comparing their go-to travel planning tools.

#28: Monki Gras, Nordic Dev Communities and Why Data Science Matters to the SysAdmin

RedMonk’s Monki Gras is first up later this month, and its theme is “Nordic Craft Culture and Tech.”

Donnie explains the impetus behind the choice to focus on the Nordic and Scandinavian influence on technology. “A huge amount of really vital internet infrastructure has come out of the Nordic countries – a lot that I hadn’t realized.”

“Many people know that Linus Torvalds who wrote Linux grew up in Finland,” says Donnie, “but what people may not know is that tools like SSH , IRC, MySQL, Skype – more recently Spotify and Varnish – have all come out of the Nordic countries as well – a lot of these core pieces of internet infrastructure that really do a lot to equalize communication and equalize technology for the rest of us…”

Alex wonders how their regional mobile telecom providers such as Nokia and Ericsson have helped to shape the app developer communities.

Donnie observes that the impact of these companies is certainly great, especially considering that Nokia has been one of the region’s largest employers. “As Nokia has laid off a lot of its employees, there’s been a resurgence in the startup culture there, ” says Donnie. This resurgence arises from “very well-educated technologists who have been doing interesting mobile work for a long time” and who are now starting their own things.

Citing Docker’s influence on the market and the resulting impact on cloud infrastructure, Alex reveals that the development and management of distributed applications is a subject on which The New Stack will focus in the coming year.

Donnie draws a parallel to this with the different trends that have impacted configuration management, and which play a role in scalability. This leads to a discussion of composability, and of tools such as Apache Brooklyn, Cloud Formation, and Terraform from HashiCorp. Donnie expects to see much development in this sector over the next couple of years.

Moreover, app builders are looking for a good synchronization experience across a cluster, says Donnie. “It only counts these days if you can have a live cluster where everything is up and running at the same time. People aren’t looking for that hot back-up, or cold back-up, anymore. They’re looking for having an entire cluster that’s all synchronizing on the fly. Whether it’s Riak with CRDTs, whether it’s Cassandra, that kind of technology is becoming increasingly important for the way people are building apps.”

Alex wonders about the ability to run applications across multiple cloud services, for example, SoftLayer, Amazon Web Services, Google Compute Engine and OpenStack. He wonders, could OpenStack be a medium that acts as a middle cloud layer?

Donnie sees such a medium as a critical piece, as situations dictate that public cloud and private cloud need to sync. “Nobody wants to maintain multiple versions of their software depending on where they’re running it. It doesn’t scale effectively and you’re always going to be running into weird issues when you try and sync across them,” he says.

“Something like OpenStack or CloudStack that can be run by public cloud providers or hosted providers as well as on-prem, or something like AWS where you can take what’s left of Eucalyptus and have the compatible API – I think that’s going to be the prerequisite for there to be a true hybrid cloud,” says Donnie.

“One of the best examples right now of people really doing this is VMware with vCloud Air, where they can take people running super-traditional vSphere deployments and have a more-or-less seamless migration to their cloud.”

Customer service will also be one of the driving forces in the infrastructure market, says Donnie. In this connection, he points to “a really interesting tool to check out” – CloudHarmony, a cloud provider comparison service. Alex takes a few minutes to check it out, and then he asks Donnie what topics are foremost in his mind in the new year.

“Convergence,” says Donnie; “the intersections of DevOps, of Design, and of Data Science.” When Alex asks to dive into these vortices, Donnie refers us to his archived blog post, “The year developers and designers collided,” which includes a Venn diagram he uses to illustrates his ideas.

Earlier, in discussing distributed systems, Donnie mentions his more recent piece, “Time for sysadmins to learn data science,” in which he argues that data science will be unavoidable in modern infrastructure, and he suggests some ways to get started.

“The scale of the systems that we’re encountering today means that the monitoring data is just going insane,” says Donnie. “The problem with a lot of these distributed systems is, we can’t necessarily define in advance what all the failure points will look like.”

“We’ve never done this before,” he says.