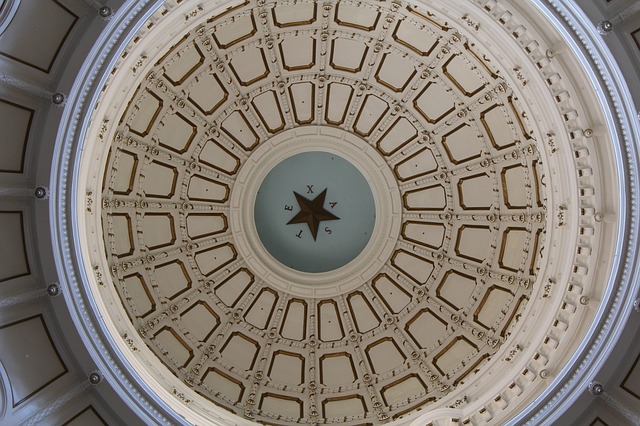 A proposed bathroom bill making its way through the Texas state legislature is viewed as so hostile that tech conference organizers are now looking for more hospitable locales to host their events.

Texas House Bill 2899, now winding its way through the Texas state legislature, is a mirror of SB11, the “bathroom bill” passed last year in North Carolina. The state Senate voted to advance this legislation by a vote of 21-10. The House bill currently has 44 co-sponsors, which means half the GOP caucus is now sponsoring the bill. And Texas Lt. Governor Dan Patrick recently expressed support for the bill. It is still in the House State Affairs Committee but seems to be gaining support.

Simply stated, the legislation requires a person to use a restroom, locker room, or similar facility based on the sex stated on their birth certificate, making it a crime for transgender people to use facilities for the sex with which they identify and most often present to the world. It also specifically bans municipalities and school districts from enacting or enforcing trans-inclusive bathroom policies. Read the House bill here or the Senate version here.

The consequences of this bill are beyond severe. Not only can transgender people be arrested and jailed for using the bathroom, but they will be assumed to be pedophiles, and be put on the Texas sexual predator watch list. So not only is there the possibility of being hauled off to jail during a conference, the arrest will ruin the rest of your life. Just because you need to pass some water.

Solution in Search of a Problem

Texas Welcomes All, a coalition of businesses, organizations and tourism industry leaders, posted fliers at a recent tech conference in Austin, spelling out the bill and encouraging people to contact their representatives. The bill solves a problem that doesn’t exist, they assert.

“Dave Brown, COO of the American Airlines Center, reports zero gender-based bathroom complaints in 16 years of operation. That covers 32 million guests at 3000 events. TG people have been using the bathroom of their choice for years, with no incidents,” the coalition asserted.

So far, over 25 conventions have reached out individually to ask about the bill and say they’ll leave if it is passed.

This bill will hit the tech community in ways that the North Carolina bill did not. For one thing, Texas has Austin, a hub of the tech community that will hold 75 tech conferences this year alone, according to the Austin Convention and Visitors Bureau. And that’s just conventions facilitated by Visit Austin.

In an op-ed not yet published, the Cloud Native Computing Foundation (CNCF) clearly states that they will take their business elsewhere. It hits hard because the authors both have strong ties to Texas: CNCF Chief Operation Officers Chris Aniszczyk is a Texas resident and long-time contributor to the Austin technology community, and Kris Nova is an active member of the CNCF community and a native Texan.

“This December, our cloud computing organization will bring thousands of software developers and technology executives from around the world to the Austin Convention Center for our annual CloudNativeCon/KubeCon conference,” they state. “However, this event and the millions of dollars it brings to the Lone Star State will depart forever if the so-called ‘Bathroom Bill,’ Senate Bill 6, becomes and remains the law of the state. While it’s too late to switch locations for our 2017 event that is only months away, all future events will stay out of Texas.”

HashiCorp has also pledged to not return to Texas if the bill is passed. “HashiConf is dedicated to providing a harassment-free conference experience for everyone, regardless of gender, sexual orientation, disability, physical appearance, body size, race, or religion. We do not tolerate harassment of conference participants in any form.”

The company has a conference scheduled in September, and it cannot change the location with such short notice. The conference venue (the JW Marriott) at this event supports gender-neutral bathrooms. “But rest assured that should it become law, we will not host future conferences in Texas. We apologize to the members of our community who are affected by this legislation, and we stand in support of equality and individual freedoms,” the company asserted in a statement.

So far, over 25 conventions have reached out individually to ask about the bill and say they’ll leave it is passed, according to Visit Austin. This could represent over $125 million in lost revenue this year alone. Visit Dallas is reporting an estimated $150 million loss, including pledges from the NFL’s Super Bowl and the Gay Games to leave Texas if the bill passes. And, in a letter signed by over 140 entertainers, the legislature is asked to put a stop to this bill.

It’s not just that some conference organizers are pulling out. It’s easy to believe that the more than two-dozen cities and states that have banned taxpayer-funded visits to North Carolina because of HB2 will extend the ban to TX. Given the high number of tech conferences and the ban from tech hubs like San Francisco, New York and Seattle, even conferences that are still held in Texas will likely see fewer attendees.

Often conference attendance is seen as a way to advance one’s career, either through attending and gathering knowledge and networking contacts or through presenting. What happens if a conference you want to attend is held in Austin?

Nova — a maintainer of the Kubernetes open source community, a moderator on GoLink, a frequenter of KubeCon and CNCF conventions both as a participant and presenter, a Texas native and trans woman — knows exactly what she’ll do.

“On a moral level, I don’t want to go to a place where they have this bill,” Nova told The New Stack in a phone interview. “If I did have to go to the bathroom, I would view that as a mistake, like I had done something wrong.”

She listed her options: First, comply with the law and go into a bathroom that does not match with the way that people see her. “Here’s a grown woman with grown woman body parts, walking into a men’s restroom. That’s pretty scary. That’s the second most scary thing about this bill.”

Her second option is to use the bathroom that matches with the way that people see her, the person she really is. There’s a lot of potential legal ramifications that come with doing that, she says.

“I am liable to be put on the sexual predators’ list just for walking into the ladies room and going to pee,” she said.

She’s hired a lawyer to change her birth certificate, but the Texas Department of Vital Certificates will not let her make the change. Her passport, social security card, and Colorado state ID all list her as female. So it’s doubly discriminatory. “Not only can I not change my birth certificate, now we are going to put this law in place so that we can discriminate against you,” she said.

There’s enough to deal with at a conference without worrying about jail time for taking a wiz. “So when you’re at a conference and trying to focus on open source software and making the world a better place,” said Nova, “the last thing you want to think about is being put on a sex offenders list or getting into serious legal trouble just for going to the bathroom.”

But it goes deeper than that. Just reading the bill broke open a lot of bad memories for Nova.

When she transitioned, she spent a year of her life avoiding public restrooms. At work, she made it a point to never use the bathroom and rushed home after the day to relieve herself. She never went to a public place simply to avoid the issue.

Friends finally lured her out in public when they found a restaurant in Denver with a bathroom that accommodated only one person at a time. There was no way she could get in trouble, she said because it was a unisex bathroom and she wouldn’t share the space with anyone else. It was the first time she had been out in public in a year.

“It was kind of a big deal,” she said. “So all this goes through my mind when I read this bill. Then I realize they’re targeting kids, and that shakes me to my core.”

The bill additionally targets public schools. Transgender students would not be allowed to use the multi-stall bathrooms that conform to their gender identity. In a letter signed by over 140 entertainers, they call for the state legislature to stop this bill.

“Transgender and gender-nonconforming young people are already subjected to bullying and harassment,” said the letter from the entertainers. “Can you imagine the message these bills send to children — the message of ‘that child is unwelcome, that child is dangerous’?”

“Young transgender people already face high rates of family rejection, homelessness and suicide,” the entertainers wrote. “How much more can you punish them for living honestly and openly?”

Nova thinks about how this bill will impact the kids growing up in Texas. “This is not a good message to send to our kids,” she said, “especially if we want them to grow up to have a place in the world and make the country a better place.” And that’s the main reason she will not go to Texas if the bill is passed.

But what effect will that have on her career? She is scheduled to attend CloudNative/KubeCon in September. Not attending means missing out on community and information.

“It’s a damn shame,” said Nova, “because here is this frustrating law getting in the way of me trying to make the world a better place and progress in my career.”

TC Currie is a journalist, writer, data geek, poet, body positive activist and occasional lingerie model. After spending 25 years in software development working with data movement and accessibility, she wrote her first novel during National Novel Writing Month and...
Read more from TC Currie
SHARE THIS STORY
RELATED STORIES
Crossplane: What Most People Get Wrong (and How to Get It Right) Agent-Based vs. Agentless Security: Which Approach Is Better? Kinsing Malware Targets Kubernetes Kubernetes Needs to Take a Lesson from Portainer on Ease-of-Use Kubernetes App Deployment from the Command Line
TNS owner Insight Partners is an investor in: The New Stack, Simply.
SHARE THIS STORY
RELATED STORIES
4 Cloud Security Considerations for Financial Services Firms What LaunchDarkly Learned from 'Eating Its Own Dog Food' What Trouble Awaits Cloud Native Security in 2023? Entrepreneurship for Engineers: Building for Customers’ Love Data, Analytics and AI: What Will Happen in 2023
THE NEW STACK UPDATE A newsletter digest of the week’s most important stories & analyses.
The New stack does not sell your information or share it with unaffiliated third parties. By continuing, you agree to our Terms of Use and Privacy Policy.