New Tools From Runscope Reflect the Coming Ubiquity of Microservices 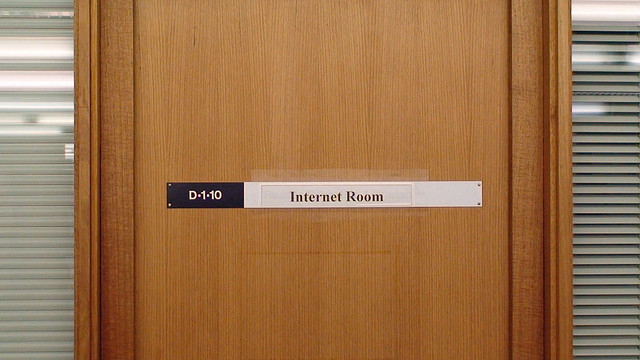 Runscope, an API testing service, has launched two new tools to help developers better manage the blurring world between API providers and consumers. It’s a reflection of the hybrid reality of internal and external services and the ubiquity of APIs that is driving new thinking about the role of microservices architectures and the tools needed to manage them.

“The providers are becoming providers to themselves.” said Vice President of Developer Relations Neil Mansilla at New Relic’s FutureStack conference happening this week in San Francisco.  “They need microservices to manage scale oriented architecture. It is not one large code base anymore but microservices that work together. These are all independent services. We manage our services with Runscope. There’s a need and necessity for that. These are tools that Runscope needs as much as any API provider does.”

When APIs first emerged there was this idealistic dream of deep connectivity. The dream was to see it emerge to the outside world but more so we see internal build outs that are much closer to the business need. Companies are building first for themselves and better understanding the customer and the overall business ecosystem.

Runscope Radar Agent is a behind-the-firewall client to run API tests in the enterprise. Runscope Metrics is a new performance and usage reporting tool enabling developers to catch potentially impactful problems in their API deployments before they create crashes or reach over-capacity.

Mansilla is seeing a hybrid of lifecycle maturity processes: in some instances APIs begin life as an internal integration that is used by enterprise to connect data or create a flow between various internal capabilities. Sometimes, this is as far as it goes, but the efficiency savings, reduced data handling and duplication, and reduction in manual handling of data or processes means there is a strong case for an internal/private API.

In other instances, internal APIs may go on to be moved out from behind the firewall, providing access to end customers or to external partners, extending the data sharing or service capabilities beyond the organization.

But regardless of the API maturation destination, APIs that initially exist within the enterprise’s security boundaries can be difficult to test. The Runscope Radar Agent provides an on-premises solution for enterprises to be able to test their APIs from behind their firewall.

It is also common for enterprises to want to run tests in a development version that only exists on a localhost, or from a cloud hosting provider service like Digital Ocean.

“Radar Agent is a downloadable client that runs behind your firewall,” says Mansilla. “You can run it on Windows 32 or 64-bit, Linux and Mac. It runs as a testing agent, so none of the tests are run over the cloud. If you have a virtual private cloud, or your own locked down network, you would run Radar Agent on any server within that network and it will get its test data. It is essentially a proxy behind the firewall. The agent reaches out to Runscope to fetch testing criteria, but Runscope itself cannot initiate the test.”

The tracking performance and usage reporting work as a form of ‘early detection’ to identify problems before they cause system wide crashes or quota headaches for API providers.

“API usage analytics from the provider side are very ops driven,” Mansilla says. “The true consumer-side focus has not been built out very well. Our vision for Runscope API Metrics is to give developers a chance to see what is really going well. It may be okay to be receiving a 200 OK but latency could be indicative of a problem down the road. But because the metrics are intermittent or incremental, it is difficult to identify them until its too late. So API Metrics provides a very subtle insight, which has usually been a very difficult thing to do.

“The very first identification is a visual graph, so you can see problems slightly ramping up. We beta-tested our metrics, and we ran metric reports against some of our own endpoints and we noticed a very slight gradual increase that had gone undetected for three days. It is one thing to fix a symptom when something crashes, but to go back and see when and where it went wrong has been quite difficult to do in the past, or to do as a precautionary measure. No it is a matter of drilling down into a report – it is all just clicking to narrow down to an exact date and time range.”

For now, the API Metrics service lets customers set assertion thresholds that can help identify when a problem is occurring, but drawing attention to any API usage patterns that fall outside a preferred or expected scenario.

Runscope Radar Agent was originally intended for enterprise customers. It is also open to  business and team customers as well.

New Relic and Digital Ocean are sponsors of The New Stack.