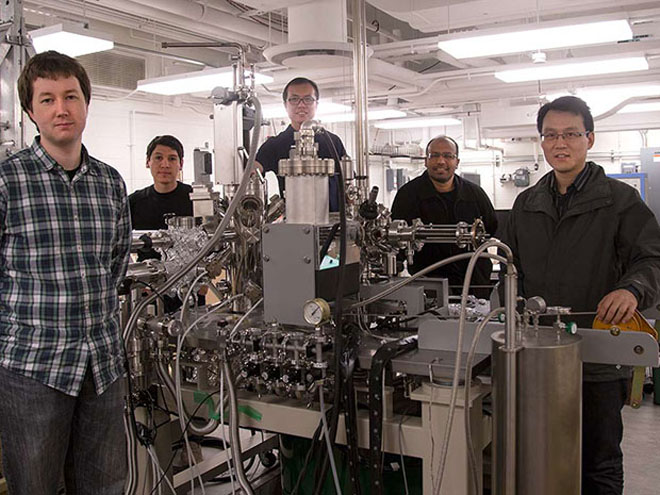 Hot on the heels of the pentaquark‘s discovery, yet another exotic particle has been found by scientists. These researchers believe that these massless Weyl fermions could be used to create faster and more efficient electronics, and potentially push the development of quantum computing further.

So what is this weird Weyl fermion? Fermions are a class of particles that include all the elementary particles such as electrons, protons, and neutrons, as well as quarks and leptons. The existence of a massless particle that could carry an electric charge was first theorized in 1929 by mathematician and physicist Hermann Weyl.

Besides being massless, Weyl fermions can also simultaneously behave as matter and antimatter, and are the basic building blocks of other fermions, including electrons themselves. But what really differentiates Weyl fermions from electrons is that their lack of mass allows them to move forward without “backscattering” when they encounter obstacles. Electrons, however, do tend to backscatter, resulting in less efficient electronics that can overheat. Professor Zahid Hasan of Princeton University, and one of the co-authors of the study published in “Science,” explains:

It’s like [the Weyl fermions] have their own GPS, and steer themselves without scattering. They will move and move only in one direction since they are either right-handed or left-handed and never come to an end because they just tunnel through. These are very fast electrons that behave like unidirectional light beams and can be used for new types of quantum computing. Weyl fermions could be used to solve the traffic jams that you get with electrons in electronics — they can move in a much more efficient, ordered way than electrons. They could lead to a new type of electronics we call ‘Weyltronics.’

To discover this long-predicted particle, scientists didn’t use a particle accelerator; instead, they had to create a synthetic, asymmetrical, metallic crystal called tantalum arsenide (TaAs), in collaboration with other scientists at Beijing’s Collaborative Innovation Center of Quantum Matter and at National Taiwan University. The inside of this so-called “Weyl semi-metal” can separate electrons into pairs of Weyl fermions that move in opposite directions. To confirm the presence of Weyl fermions, the crystal was shot with high-energy accelerator-based photon beams. By analyzing the form, size and direction of the beams, scientists were able to identify the presence of Weyl fermions. 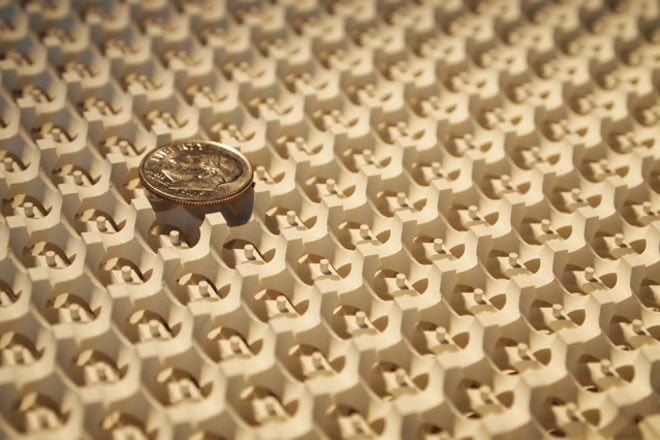 The gyroid surface with a dime on top.

In addition to the Princeton researchers’ findings, a team of scientists from MIT and Zhejiang University working concurrently and independently, published another study in the same issue of “Science” confirming the existence of Weyl points, which have been described as a “singular point in [the Weyl fermion’s] energy spectrum.”

By shining light through a double-gyroid photonic crystal (a gyroid is as cool as it sounds: an “infinitely connected, triply-periodic minimal surface”), the team was able to experimentally prove that Weyl points exist. These photonic crystals could be the next generation of materials that revolutionize technology; Weyl materials could be the three-dimensional analogue to graphene, explains MIT physics professor and study co-author Marin Soljačić:

The discovery of Weyl points is not only the smoking gun to a scientific mystery, it paves the way to absolutely new photonic phenomena and applications. Think of the graphene revolution: graphene is a 2D structure, and its electronic properties are, to a substantial extent, a consequence of the existence of linear degeneracy points (known as Dirac points) in its momentum space. Materials containing Weyl points do the same in 3D. They literally add one degree of freedom, one dimension.

These Weyl fermions could bring staggering changes to the world of technology. With experts predicting that the rate of semiconductor development will slow down in the next few years in a post-Moore’s Law era, Weyl fermions and Weyl materials could be the breakthrough key to developing superfast quantum computers capable of parsing multi-state superpositions, or even quantum AI (as mentioned in the video below). Other possibilities include the development of super-precise, single-frequency lasers or stable, 3D materials that can selectively block light at certain angles. Even our everyday lives could be transformed by a much more efficient power grid, carrying electrically charged Weyl fermions. But what is to come will be a surprise, says Hasan: “The physics of the Weyl fermion are so strange, there could be many things that arise from this particle that we’re just not capable of imagining now.”