How the NFL Scored a User-Interface Touchdown with React and Node.js 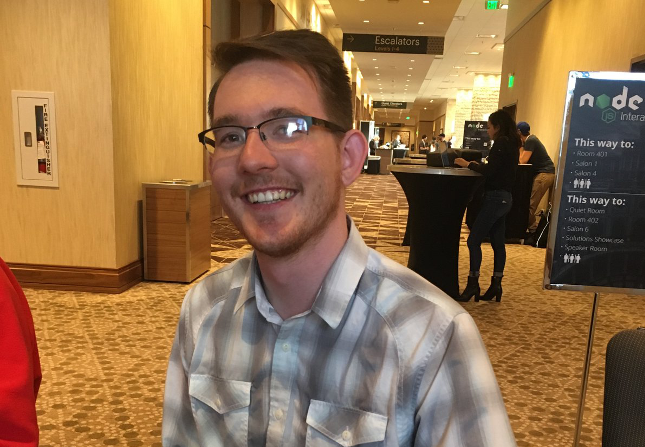 The National Football League is one of the largest organizations making use of the Node.js server-side JavaScript runtime today. On this newest episode of The New Stack Makers podcast, we spoke with NFL Software Engineer James Hush how React and Node.js have shaped the company as well as about the NFL’s open-source “opinionated” React platform Wildcat. The interview was held at Node.js Interactive 2016 and conducted by TNS founder Alex Williams and TNS contributor Darryl Taft.

The NFL Engineering team’s first foray with the React was creating a proof of concept for the NFL PlayStation 4 application. Hush noted that after realizing how simple the process was to complete, the team then, “Went all in and bet on React in the last two years, and it’s paid off immensely.”

“One of the big features we’re really liking about React is the ability to render on the server,” Hush said. “That’s what we’re using Node.js, for is we can render react on the server, and then send the web browser everything already pre-rendered.”

When asked if the company would still choose React today when faced with technology such as Angular 2, Hush did not hesitate to answer that the NFL’s choice would still be React. The company does use the Angular.js framework Protractor for end-to-end testing, “One of the big things we’ve focused on is automated testing, specifically using Protractor, which allows you to write selenium tests with JavaScript. We have a series of automated UI tests that check every page and button, even when you resize a page to mobile. Every time we change even one line of code, we run these tests on 20 different machines in parallel,” said Hush, adding, “We haven’t had a single killer issue on the site during game days whatsoever this year.”

SHARE THIS STORY
RELATED STORIES
Expedia: 3 Tips for More Effective Unit Testing Groundcover: Simplifying Observability with eBPF OpenAI, ChatGTP and the Next Age of 'Build'  Why Your Kubernetes Ship Is Sunk without Machine Learning JavaScript or WebAssembly: Which Is More Energy Efficient and Faster?
TNS owner Insight Partners is an investor in: The New Stack.
SHARE THIS STORY
RELATED STORIES
Core Wars Shows the Battle WebAssembly Needs to Win Expedia: 3 Tips for More Effective Unit Testing How Platform Engineering Can Improve DevOps Collaboration Why Your Code Sucks: Common Excuses for Bad Programming Platform Engineers: Developers Are Your Customers
THE NEW STACK UPDATE A newsletter digest of the week’s most important stories & analyses.
The New stack does not sell your information or share it with unaffiliated third parties. By continuing, you agree to our Terms of Use and Privacy Policy.