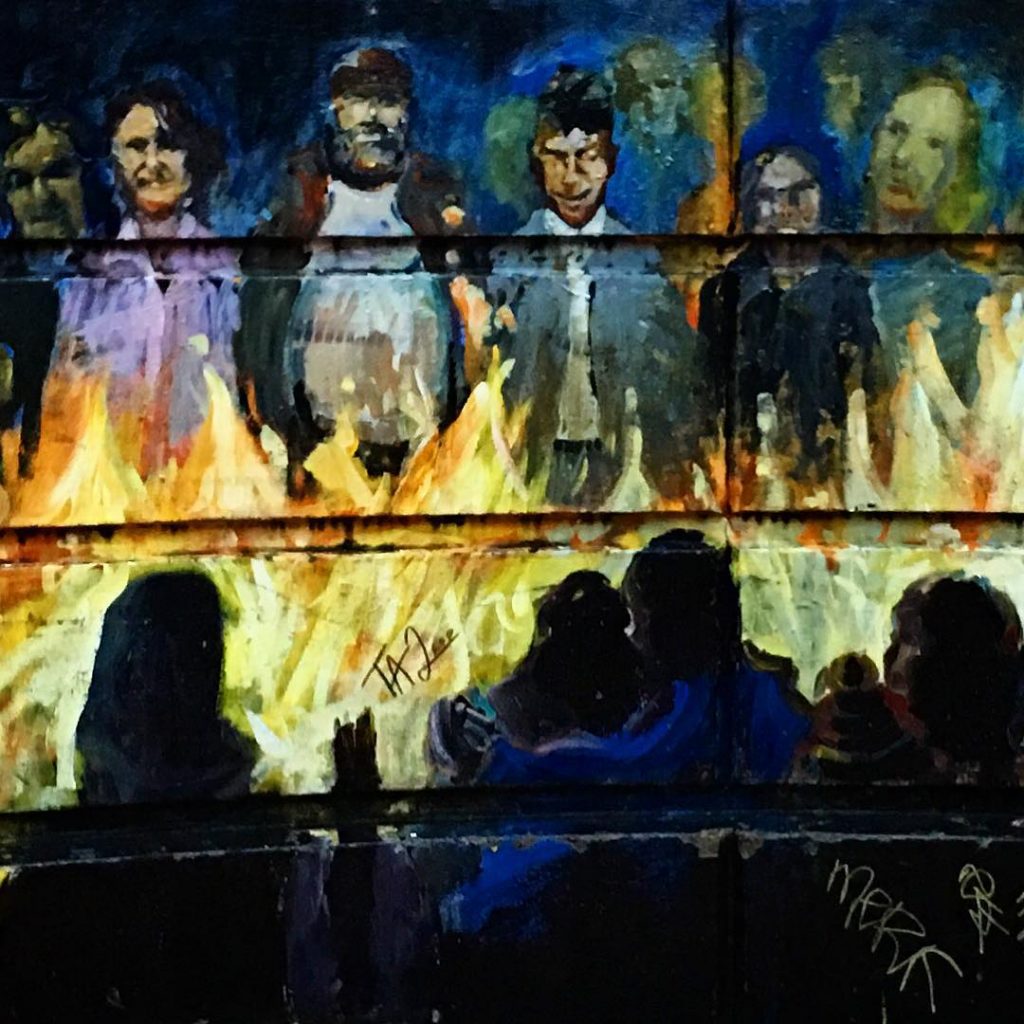 As use of the Node.js server-side JavaScript platform continues to grow, more organizations are taking notice of how they might apply it to their own operations. Whether being used to replace monolithic enterprise applications piece by piece,  or for running large-scale web applications, Node is being used for an increasingly wide variety workloads.

At Node.js Interactive conference held in Portland last week, The New Stack Editor in Chief Alex Williams spoke with some of some of the Node.js thought leaders regarding not only unifying the Node community from within itself, but the future of Node.js as a whole.

IBM has contributed to Google V8 JavaScript engine over the years and has worked with both the io.js and the Node.js communities. As a result of io.js and Node reunifying, there is a stronger code base to work from. Not only can developers rely on a long-term, stable branch, but they can depend on a 36-month support cycle with several releases a year.

“The reunification of the Node community has been the best example of coming back together,” said Moore.

Node has seen adoption throughout IoT and the enterprise, as developers have been quick to embrace it for its simplicity, performance, and ease of understanding. Node.js is the most popular language on Bluemix. “Our view of the world is that it’s all about APIs. How to discover and make use of them, whether human or machine readable,” said Moore.

Similar to APIs, there is a variety of packages available in NPM. Helping developers choose a package makes it easier to apply those analytics to the intersection of IBM’s API management philosophy. The rise of Node as a front-end development powerhouse has led to not only applications to bolster infrastructure, but solutions built to streamline the development process as a whole.

Nowhere can this be more strongly seen than when applied to containers. As more developers and enterprises begin to embrace container technology for deploying and managing applications at scale, Moore noted the “Year of containers,” is set to continue well into 2016. Node.js and container based platforms share many similarities, including quick startup, lightweight system footprints, and simplicity. The evolution of container standards will also continue as more individuals get involved in creating and defining the standards surrounding containers as a development tool.

There must be a smooth integration path for developers, regardless of the container service they are working with. The adoption of cloud-native computing brings together old and new technologies, with platforms offering a reliable way to re-use older technology as service platforms. This can be seen in older analytic systems being tied to web front ends to mine data from the web, combining it with their databases to offer customers solutions customized to their use case.

“Legacy platforms running RESTful interfaces set up as services when offered to people get heavily trafficked, someone using it has no idea what it is running on,” noted Moore. Development is not only about the underlying technology behind a product, but the tools which make the process of creation stable, simple, and easy to adopt.

At the conference, Microsoft announced that Chakra, a JavaScript engine that can be used for Node.js, will soon be open source. The team at Microsoft initially began developing Chakra in 2008, creating it from the ground up. From its release in 2010, Chakra has progressed from only being used in browsers to advancing JavaScript as a platform.

As time progressed, the goal at Chakra was focusing on making the engine beneficial to real-world use cases seen by developers. Today, Chakra powers scenarios ranging from cloud-based services and applications with flexible resources at their disposal to the more constrained environments of IoT.

By putting Chakra out into the Open Source community, Microsoft hopes to take the JavaScript ecosystem to new heights. “We would love people to look at the sources, submit requests, embed it in their apps and give us feedback,” said Seth. Coming together to help advance the Node ecosystem is something that Microsoft hopes to do for not only Chakra but other JavaScript engines.

Chakra uses a shim layer to interpret V8 codes that Node understands. A shim layer is essentially a call rerouter for APIs. “The starting point is IoT. Chakra is supports for Node, and can be utilized anywhere, with APIs that help developers control the source restraints it has to work inside,” said Seth.

When nearForm began, the team struggled building software using Node. Originally working with monolith JavaScript applications was daunting. The microservices architecture came to the rescue. Microservices particularly suit distributed teams, as the working model lends itself well to smaller teams working on pieces of an application throughout the day.

In 2013, Node was thrust into the spotlight when PayPal and Walmart announced they were embracing the language to restructure their businesses in order to continue innovating at the speed required by some of the largest corporations in the world. Offering companies a way to innovate quickly, Node quickly gained attention within the developer community as a whole, silencing dissenters and paving the way for the growth Node has experienced today. NearForm has seen this in their own offices, going from a 2 person team to over 70 employees scattered across the globe in distributed teams.

NearForm offers the Node community what they call, “Node Days,” to help bring together the enterprise and developer communities in an interactive discussion. In 2016, nearForm will host ten Node Day events, beginning February 2016 in London, followed by New York, then Seattle.

Node Days are free, with the discussion tailored to the city the event is held in. “This is developer evangelism for Node, set to not only discuss the current state of Node–but the future of the technology with others in the community,” said Ó Maidín. NearForm also offers Microservices Day, bringing in enterprises which wish to move quickly to transform their product landscape into a more digital topography. There are four nearForm Microservice Days occurring in 2016, in London, New York, Bangalore, and a fourth location which has yet to be announced.

Collaboration is crucial when working on any new endeavor. At Node Interactive, the io.js and Node.js teams unified to further improve the future for the entire community. As more businesses bring Node into the enterprise, the continued contributions across JavaScript programmers which span the gaps between them will be what moves the language forward and into a world which embraces it for its many offerings.

To subscribe to The New Stack Makers podcast or check out other episodes, visit the podcast section of The New Stack.

SHARE THIS STORY
RELATED STORIES
WebAssembly vs. Kubernetes The Next Evolution of Virtualization Infrastructure How to Implement a Security Scanner for Docker Images Docker Swarm, a User-Friendly Alternative to Kubernetes Docker versus Kubernetes: Start Here
TNS owner Insight Partners is an investor in: The New Stack.
SHARE THIS STORY
RELATED STORIES
Case Study: How SeatGeek Adopted HashiCorp’s Nomad What Is the Docker .env File and How Do You Use It? Connect to Remote Docker Machines with Docker Context WebAssembly Needs Schedulers, and Kubernetes Doesn't Quite Fit the Bill Application Storage Is Complex. Can Automation Simplify It?
THE NEW STACK UPDATE A newsletter digest of the week’s most important stories & analyses.
The New stack does not sell your information or share it with unaffiliated third parties. By continuing, you agree to our Terms of Use and Privacy Policy.