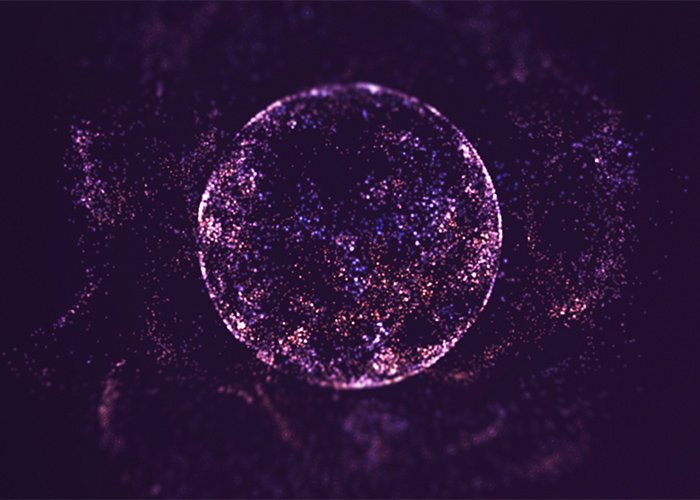 One of the most surprising things about Node.js, open-source server-side Javascript runtime, was how quickly it was adopted by the enterprise.

Netflix and PayPal are just two of the companies currently pushing Node.js to its limits in order to better streamline their user experience. Netflix has relied on Node.js to streamline its user interface, as has PayPal.  Though Netflix has engineered its own copy of Node.js, PayPal turned to NodeSource for a dedicated enterprise-level Node.js monitoring solution.

When working with Node.js at an enterprise level, developers and DevOps teams often face concerns those on smaller teams may not have. These include not being locked into one particular methodology, and minimizing the amount of time spent retooling an application if a deployment or dependency issue breaks their code.

NodeSource has aimed to address these concerns with N|Solid, a commercially-supported fully-compatible Node.js v4.x runtime geared for the enterprise.

When using N|Solid, developers can also gain a deeper insight as to how their Node.js application clusters are performing. It dovetails well with application performance monitoring platforms such as Dynatrace, enabling developer teams to view transactions across their entire infrastructure. Also, the latest version of N|Solid offers native integration with DataDog’s data collection framework StatsD. 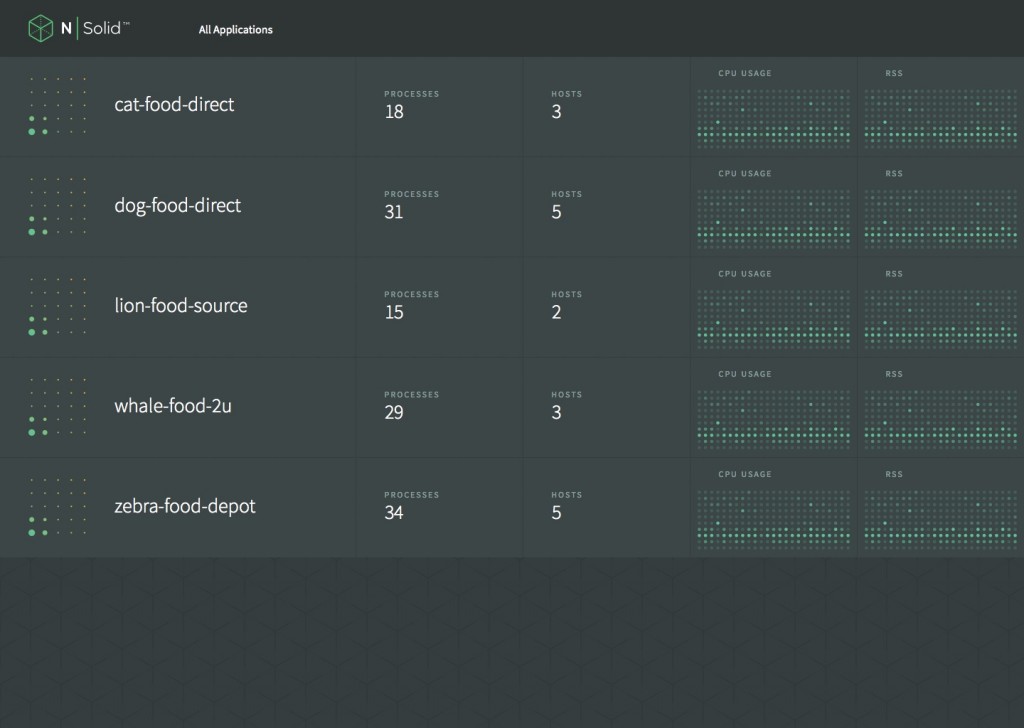 Another issue facing developers operating at scale is testing, deploying, and implementing new code into production. If an issue arises in a production environment, developers must be able to inspect and act to resolve it efficiently, regardless of where an application is at in the development pipeline.

“At NASA, mission-critical code is the rule, not the exception. Our astronauts put their lives in the hands of our software on every mission. N|Solid features like Runtime Introspection and the ability to orchestrate multiple instances from within the N|Solid Management Console have allowed us to develop, test, and deploy our code more efficiently than ever before,” said Collin Estes, Director of Software Engineering, Chief Architect MRI Technologies Inc, a contractor for NASA, in statement. 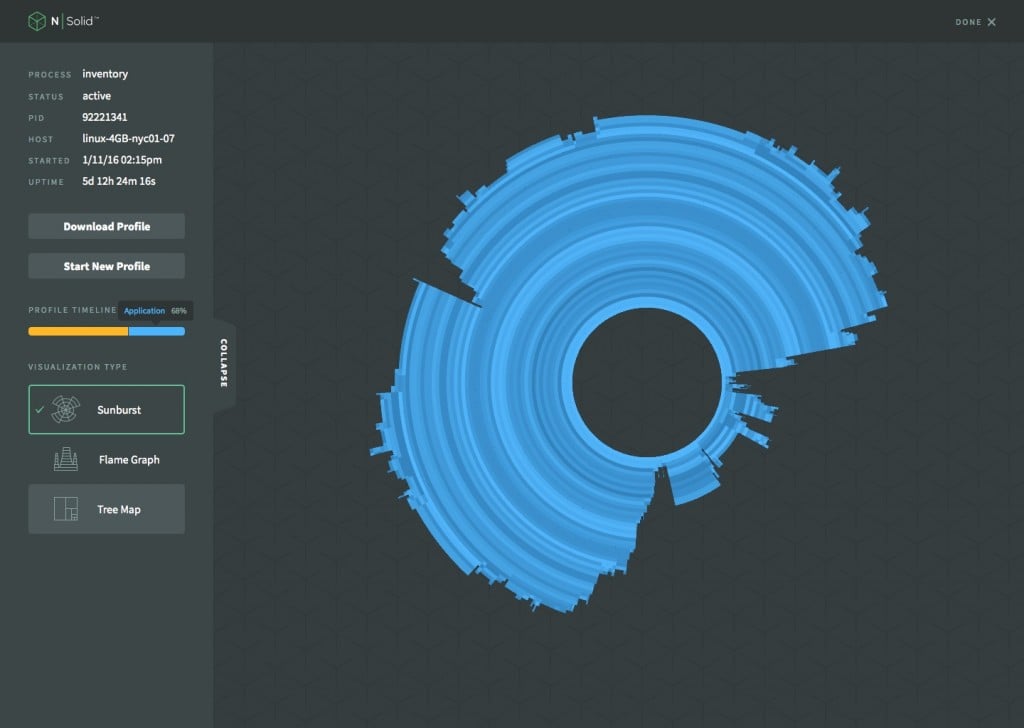 NodeSource has ensured that N|Solid not only offers features crucial to developers working with Node.js in production at scale, but that its platform has the power to handle anything thrown at it. N|Solid not only addresses the needs of devs working in Node.js, the platform itself also runs on Node.

Building off of the Node.js Long Term Support (LTS) releases, NodeSource then augmented Node.js with, “Added tuning and management functionality providing enhanced-node heap dump, a v8-profiler and better insight and understanding of your Node applications and services,” said Ray. 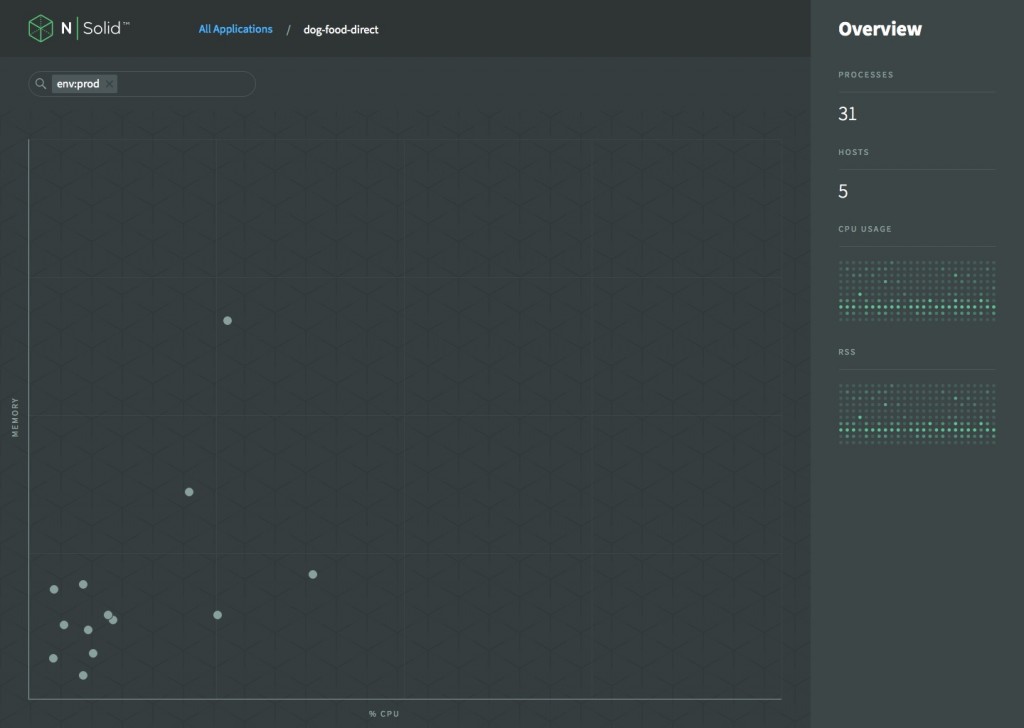 N|Solid was built with the intent to impact a developer’s system as little as possible. When operating at scale, developers don’t want to see their system bogged down from the very tools claiming to help them streamline their workflow.

By eliminating the need for external polling, N|Solid stands apart from other monitoring products in this space, offering users a low-impact monitoring solution for their Node.js applications.

If an organization is already running Node.js on their stack, then the N|Solid install only adds the additional features needed by the enterprise.

“These were designed and built to meet enterprise requirements that don’t belong in Core, including profiling, inspection and debugging as well as some additional security features,” said Ray. If your team is looking for a full-service Node.js application monitoring solution, N|Solid is currently free to download for use in development.

To better serve the needs of users operating within a container-based workflow, NodeSource has recently dropped the automated build status on its Docker containers. This allows for NodeSource to better control testing, aliasing, and control over its images.

“This new method of shipping generates verbose logs, increased ability to test, and a more deterministic image,” said William Blankenship, Engineer at NodeSource. The decision to begin shipping images to users directly bodes well for the future addition of N|Solid images to the NodeSource Docker repository. Though not currently available as a Docker image, N|Solid offers developers working with Node.js to develop applications for the enterprise a full-service monitoring solution aiming to address many common pain points they face.

Docker is a sponsor of the New Stack.

SHARE THIS STORY
RELATED STORIES
How Golang Evolves without Breaking Programs AWS Serves Up Tools for Data Heads, Cloud Native Security 'Hey GitHub!' Tries a Voice Interface for Copilot How Bindle Makes It Easy to Store and Distribute Cloud Native Apps Copilot Lawyers Checking Claims against Other AI Companies
TNS owner Insight Partners is an investor in: Docker.
SHARE THIS STORY
RELATED STORIES
Cloud Lessons to Help Developers Improve ESG Impact How Golang Evolves without Breaking Programs Modern Attack Methods Jeopardize Cybersecurity Strategies The Missing Part of GitHub Actions Workflows: Monitoring Rust and the OS, the Web, Database and Other Languages
THE NEW STACK UPDATE A newsletter digest of the week’s most important stories & analyses.
The New stack does not sell your information or share it with unaffiliated third parties. By continuing, you agree to our Terms of Use and Privacy Policy.