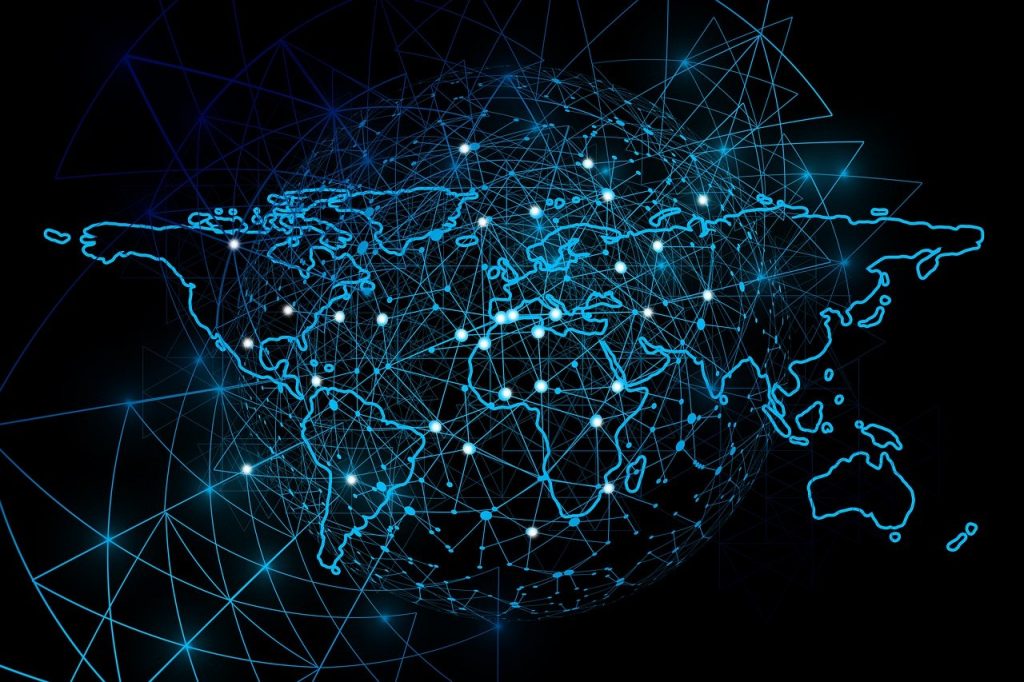 Global security povider Palo Alto Networks processes terabytes of network security events each day. It analyzes, correlates and responds to millions of events per second — many different types of events, using many different schemas, reported by many different sensors and data sources. One of its many challenges is understanding which of those events actually describe the same network “story” from different viewpoints.

Accomplishing this would traditionally require both a database to store the events and a message queue to notify consumers about new events that arrived into the system. But to mitigate the cost and operational overhead of deploying yet another stateful component to its system, Palo Alto Networks’ engineering team decided to take a different approach.

This article explains why and how Palo Alto Networks completely eliminated the MQ layer for a project that correlates events in near real time. Instead of using Kafka, it decided to use an existing low-latency distributed database as an event data store and as a message queue. It’s based on the information that Daniel Belenky, principal software engineer at Palo Alto Networks, recently shared at ScyllaDB Summit.

Belenky’s team develops the initial data pipelines that receive the data from endpoints, clean the data, process it and prepare it for further analysis in other parts of the system. One of their top priorities is building accurate stories.

ScyllaDB is the database for data-intensive apps that require high performance and low latency. It harnesses the ever-increasing computing power of modern infrastructures–eliminating barriers to scale as data grows. Game-changing companies use ScyllaDB for their toughest database challenges.
Read the latest from ScyllaDB

For example, assume a router’s sensor generates a message (here, it’s two DNS queries). Then one second later, a custom system sends a message indicating that someone performed a log-in and someone else performed a sign-up. After 8 minutes, a third sensor sends another event: some HTTP logs. All these events, which arrived at different times, might actually describe the same session and the same network activity.

The system ingests the data reported by the different devices at different times and normalizes it to a canonical form that the rest of the system can process. But there’s a problem: This results in millions of normalized but unassociated entries. There’s a ton of data across the discrete events, but not (yet) any clear insight into what’s really happening on the network and which of those events are cause for concern.

Evolving from Events to Stories

Why is it so hard to associate discrete entries that describe the same network session?

From an application perspective, what’s required to convert the millions of discrete events into clear stories that help Palo Alto Networks protect its clients? From a technical perspective, the system needs to:

Additionally, there are two key business requirements to address. Belenky explained, “We need to provide each client a single-tenant deployment to provide complete isolation. And we need to support deployments with everything from several KB per hour up to several GBs per second at a reasonable cost.”

Let’s look at each implementation in turn.

Using a relational database was the most straightforward solution — and also the easiest to implement. Here, normalized data is stored in a relational database, and some periodic tasks run complex queries to determine which events are part of the same story. It then publishes the resulting stories so other parts of the system can respond as needed.

Next, they implemented a solution with ScyllaDB as a NoSQL data store and Kafka as a message queue. Like the first solution, normalized data is stored in a database — but in this implementation, it’s a NoSQL database instead of a relational database. In parallel, they publish the keys that will later allow them to fetch those event records from the database. Each row represents one event from different sources.

Why not store the records and publish the records directly on Kafka? Belenky explained, “The problem is that those records can be big, several megabytes in size. We can’t afford to run this through Kafka due to the performance impact. To meet our performance expectations, Kafka must work from memory, and we don’t have much memory to give it.”

This implementation is largely the same as the previous one. The only exception is that they replaced Kafka with a cloud-managed queue.

They quickly dismissed this approach because it was essentially the worst of both worlds: slow performance as well as high complexity.

Ultimately, the solution that worked best for them was ScyllaDB NoSQL without a message queue.

Like all the previous solutions, it starts with normalized data in canonical form ready for processing and then that data is split into hundreds of shards. However, now the records are sent to just one place: ScyllaDB. The partition key is shard-number, allowing different workers to work on different shards in parallel. insert_time is a timestamp with a certain resolution — say, up to 1 second. The clustering key is event id, and that’s used later to fetch dedicated events.

Belenky expanded, “We have our multiple consumers fetching records from ScyllaDB. They run a query that tells ScyllaDB, ‘Give me all the data that you have for this partition, for this shard, and with the given timestamp.’ ScyllaDB returns all the records to them, they compute the stories, and then they publish the stories for other parts or other components in the system to consume.”

Finally, let’s take an even deeper dive into how this solution works. The right side of this diagram shows Palo Alto Networks’ internal “worker” components that build the stories. When the worker components start, they query ScyllaDB. There’s a special table, called read_offsets, which is where each worker component stores its last offset (the last time stamp that it reached with its reading). ScyllaDB then returns the last state that it had for each shard. For example, for shard 1, the read_offset is 1,000. Shards 2 and 3 have different offsets.

Then the event producers run a query that inserts data, including the event id as well as the actual payload, into the appropriate shard on ScyllaDB. 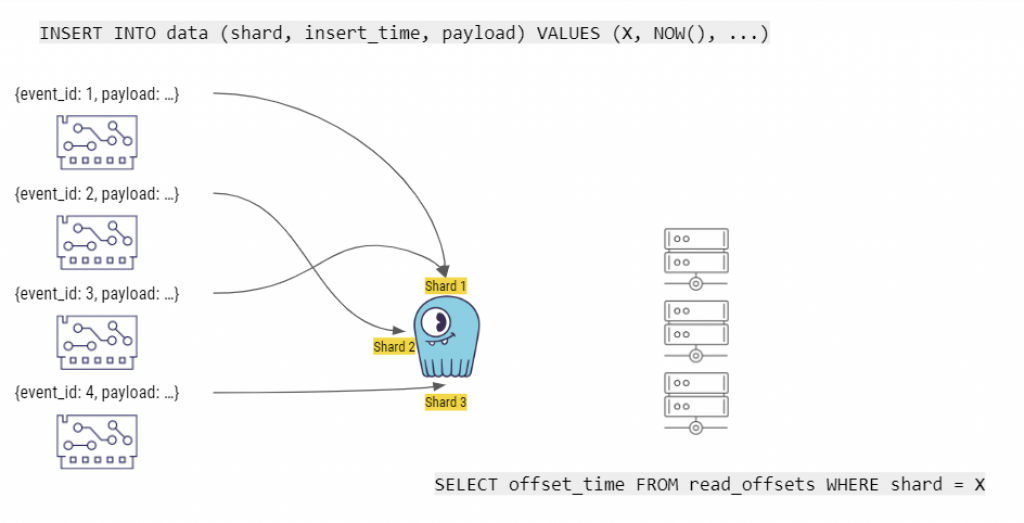 Next, the workers (which are continuously running in an endless loop) take the data from ScyllaDB, compute stories and make the stories available to consumers.

When each of the workers is done computing a story, it commits the last read_offset to ScyllaDB.

When the next event arrives, it’s added to a ScyllaDB shard and processed by the workers… Then the cycle continues.