The Rise of the Rogue Government Tweeters 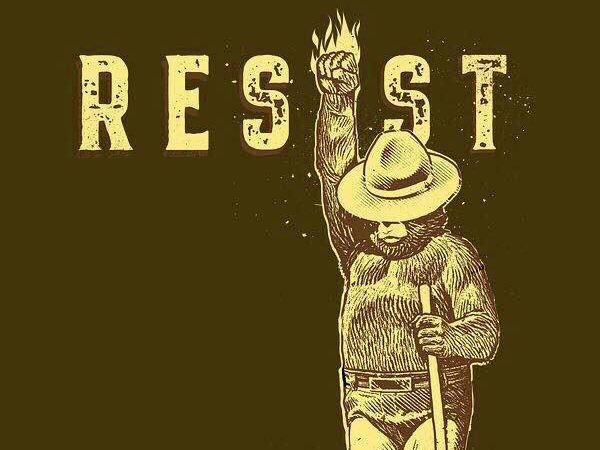 It started with a single tweet and ended with the roar of #Resist. The U.S. National Park Service (NPS), who maintains a very active Twitter feed, re-tweeted a set of images by Reuters showing the Washington Mall, which is a national park after all, on the inauguration days in 2009 and 2017. An NPS employee accompanied the Reuters photographer, to the top of the Washington Monument to obtain the shot.

Crowd controversy: The making of an Inauguration Day photo https://t.co/bqDVhq6rLI via @Reuters

The newly inaugurated U.S. president Donald Trump was enraged and shut down the feed, according to news reports. By the looks of it, the former U.S. president Barack Obama drew many more people for his first term inauguration.The NPS apologized for the retweet the next day and went back to tweeting non-controversial encouragements to visit a national park.

We regret the mistaken RTs from our account yesterday and look forward to continuing to share the beauty and history of our parks with you pic.twitter.com/mctNNvlrmv

At the same time, the President Trump issued a gag order on communications that have not been approved by the Office of Federal Register (OFR) applying to several U.S. government agencies, including the Departments of Energy, Interior, Agriculture, Health and Human Services, Transportation, the Environmental Protection Agency and National Institute of Health.

In fact, all science done with government funds must now be passed by the OFR before being allowed to be made public. This from an administration who is in denial about the fact that the earth’s climate is changing rapidly.

Enter the resistance. The employees from the National Park Service came out in force.

A dozen U.S. Forest Service employees have stepped up and became part of our resistance. We want to thank each of them for their support! pic.twitter.com/lGtF84fbJV

@badHombreNPS seems to be the most badass of the lot. According to its Twitter profile, it is the “unofficial feed of Badlands National Park,” located in South Dakota. Its mission is to the protect the park’s “rugged scenery, fossil beds, 244,000 acres of mixed-grass prairie & wildlife from two-bit Cheeto-hued despots.”

In between calls to action, posting phone numbers of members of congress and watching the progress of bills and cabinet appointments, the feed is filled with fascinating nature facts about the Badlands National Park, though occasional with a sardonic twist.

The yellow-billed cuckoo is known for its loud, harsh calls-often heard during rain showers, and in some presidential cases, golden showers. pic.twitter.com/g0TUcgeo4I

Employees or outside supporters of other agencies quickly followed:

@AltForestServ, The Resistance aka @ActualEPAFacts (214K), @ungaggedEPA both were created to give a voice to the Environmental Protection Agency. @AltHHS offered the same for Heath and Human Services, @Alt_FDA for the Food and Drug Administration, @AltUSDA for the Department of Agriculture.  The Resistance summed it up nicely:

How sad is it that rogue Twitter accounts must exist just to communicate FACTS to the American public? #TrumpsAmerica

The full list of rogue accounts now has over 80 handles.

Many of the accounts have transferred the admin to non-government people. @NotAltWorld decided to pass control of the account to outside parties “for the sake of our colleagues.” NPS and other government logos are copyrighted, so new logos have been designed by their twitter followers. And it Tweeted a resource for government whistleblowers.

Do you or someone you know work for a government agency? Whistle blowers can be guaranteed anonymity should they ever need to speak out. https://t.co/3BtJnILVVr

Some security experts are upset because these accounts are not verified by the blue checkmark, according to this article in Forbes. Seriously? In the end, these rogue accounts are supporting each other and supporting us in getting actual facts into the hands of the American people.

TC Currie is a journalist, writer, data geek, poet, body positive activist and occasional lingerie model. After spending 25 years in software development working with data movement and accessibility, she wrote her first novel during National Novel Writing Month and...
Read more from TC Currie
SHARE THIS STORY
RELATED STORIES
Tackling 3 Misconceptions to Mitigate Employee Burnout Engineering Leaders: Switch to Wartime Management Now Kathleen Booth, Creator of the First Assembly Language Low-Code Tools Improve Devs' Work-Life Balance, Survey Finds Fear and Layoffs: How to Cope with Tech’s Uncertain Times
SHARE THIS STORY
RELATED STORIES
Slack: How Smart Companies Make the Most of Their Internships Collaborating with Internal Dev Experience and Tool Teams Entrepreneurship for Engineers: Painkiller or Vitamin?  SANS Survey Shows DevSecOps Is Shifting Left  It's No Longer about How You Write Code but How You Operate It
THE NEW STACK UPDATE A newsletter digest of the week’s most important stories & analyses.
The New stack does not sell your information or share it with unaffiliated third parties. By continuing, you agree to our Terms of Use and Privacy Policy.