According to a study by researchers at Carnegie Mellon University, 89.2% of the top 100,000 websites ranked by Alexa rely on a single provider for their DNS service instead of using their own service with added redundancy.
Dec 11th, 2020 11:32am by B. Cameron Gain 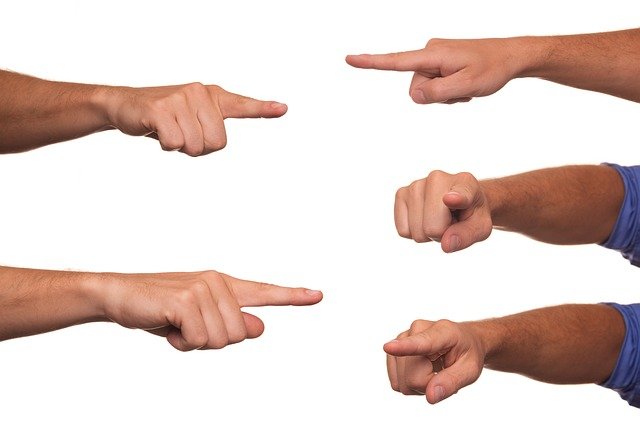 Third-party DNS providers have seen tremendous consolidation during the past few years, resulting in dependence on a smaller pool of providers that maintain the world’s largest website lookups. Reliance on only one of a few single DNS providers also represents a heightened risk in the event of a distributed denial of service (DDoS) attack or DNS outage.

According to a study by researchers at Carnegie Mellon University, 89.2% of the top 100,000 websites ranked by Alexa rely on a single provider for their DNS service instead of using their own service with added redundancy.

This finding underscores how the vast majority of organizations with the highest-traffic websites would be disrupted in the event of an attack or a disruption since they lack redundancy in their DNS services.

Additionally, other websites are indirectly impacted by popular CDN and DNS providers — domain names ending in the academia “edu,” for example, rely on Amazon Web Services (AWS) DNS service through CDN MaxCDN, the researchers noted. A DDoS attack in 2019 on Amazon’s DNS servers resulted in hours of network disruption for Amazon as well as for a “significant” number of popular websites, the researchers said. Also, since a DDoS attack disrupted DNS provider Dyn’s service in 2016, the dependency on single-source DNS providers has increased by 4.7%.

“DNS is a significant target because of the critical role it plays in modern infrastructure. Further, due to DNS’s central role in orchestrating all internet and application traffic, the damage malicious actors can do by carrying out attacks against DNS is greater relative to other attacks,” Shannon Weyrick, vice president of architecture at NS1, told The New Stack. “Although it has long been considered a best practice, this research shows that implementing redundancy at the DNS level is still not widespread. The need for DNS redundancy is the key takeaway from the paper.“ 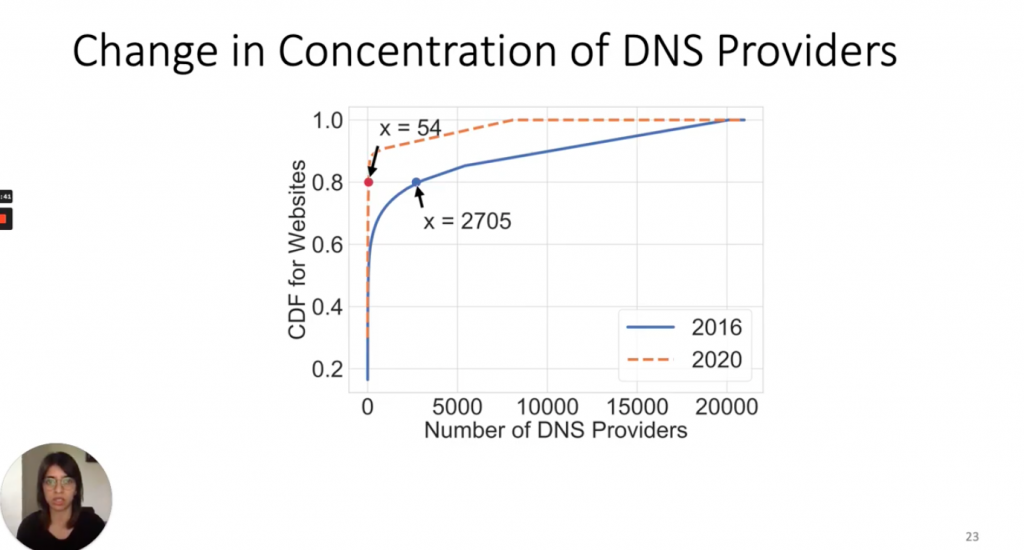 Aqsa Kashaf of Carnegie Mellon University discusses the results of “Analyzing Third Party Service Dependencies in Modern Web Services: Have We Learned from the Mirai-Dyn Incident?”

The main takeaway for SREs and DevOps teams is that building redundancy into DNS is a key factor in reducing risk for the DNS single point of failure problem faced by the vast majority of those organizations running the world’s largest websites.

As DevOps teams radically seek to boost the cadence at which they deploy and update applications, a DNS failure risk thus represents a major yet avoidable disruption.

“DevOps teams are delivering code more than 40 times faster than traditional application development. It is important that DNS is available and able to keep up with that velocity,” Weyrick said. “It is equally important for DevOps teams to ensure DNS is resilient so that they are able to operate at optimal efficiency.”

DNS redundancy and other managed DNS and VPN connection services can help DevOps teams avoid the single-point-of-failure risks associated with DNS disruptions, Weyrick said. For reliability engineers (SREs), for example, DNS has become “an important leverage tool” since it allows them to control and automate application traffic to ensure maximum performance and uptime,” Weyrick said.

“We work with our customers to apply logic in order to steer or manipulate traffic based on business policies, driven by real-time data and telemetry. We are essentially ‘pulling levers’ to steer traffic to boost performance, control costs, or route around problems to avoid downtime,” Weyrick said. “For SREs to ensure their digital services, sites, and applications remain resilient, they need to eliminate single points of failure in the application delivery stack — in particular DNS. Application developers, site reliability engineers, and IT leaders who oversee digital applications should make DNS resilience a priority.”

According to Carnegie Mellon, NS1 customers have a higher rate of redundancy than many other providers, Weyrick said. “This is because NS1 offers separate managed and dedicated DNS services, which makes it easy for customers to leverage two independent DNS services without any cross-provider technical limitations,” Weyrick said. “NS1 has also focused its efforts in educating customers about the importance of redundancy throughout every layer of the application stack.”

Among DNS resilience best practices, Weyrick noted, are the following:

Amazon Web Services (AWS) and NS1 are sponsors of The New Stack.

BC Gain’s obsession with computers began when he hacked a Space Invaders console to play all day for 25 cents at the local video arcade in the early 1980s. He then started writing code for very elementary games on the...
Read more from B. Cameron Gain
SHARE THIS STORY
RELATED STORIES
Security Considerations When Moving to Database as a Service Simplify Multicloud Security in 5 Steps Snowflake Delivers Bevy of Developer Goodies Top 4 Misconceptions about Cloud Migration Cryptojacking: Free Money for Attackers, Huge Cloud Bill for You
SHARE THIS STORY
RELATED STORIES
Configure SQL Server Standard Edition for High Availability on AWS Cryptojacking: Free Money for Attackers, Huge Cloud Bill for You Microsoft Bolsters Cloud Security with DevOps, CSPM Coverage Pulumi Introduces One-Click Deployments WebAssembly Needs Schedulers, and Kubernetes Doesn't Quite Fit the Bill
THE NEW STACK UPDATE A newsletter digest of the week’s most important stories & analyses.
The New stack does not sell your information or share it with unaffiliated third parties. By continuing, you agree to our Terms of Use and Privacy Policy.