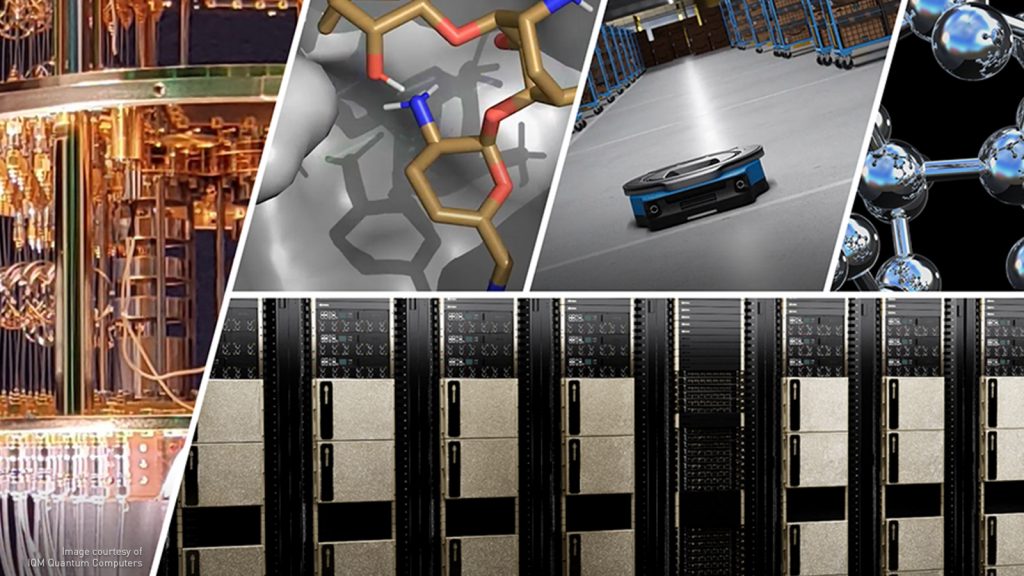 As with most of the leading internet companies, Nvidia already has a foothold in the emerging world of quantum computing. Last year it launched cuQuantum, a software development kit (SDK) for accelerating quantum jobs on GPUs. The SDK integrates with existing quantum circuit simulation frameworks, like IBM’s Qiskit and Google’s Cirq.

QODA is essentially a high-level language for quantum computers. Nvidia itself does not build quantum computing hardware, so QODA “acts like a software bridge,” according to Costa’s accompanying blog post. “With a function call, developers can choose to run their quantum jobs on GPUs or quantum processors,” he wrote.

In addition to QODA, Nvidia is releasing a compiler (NVQ++) that will be available as open source software. 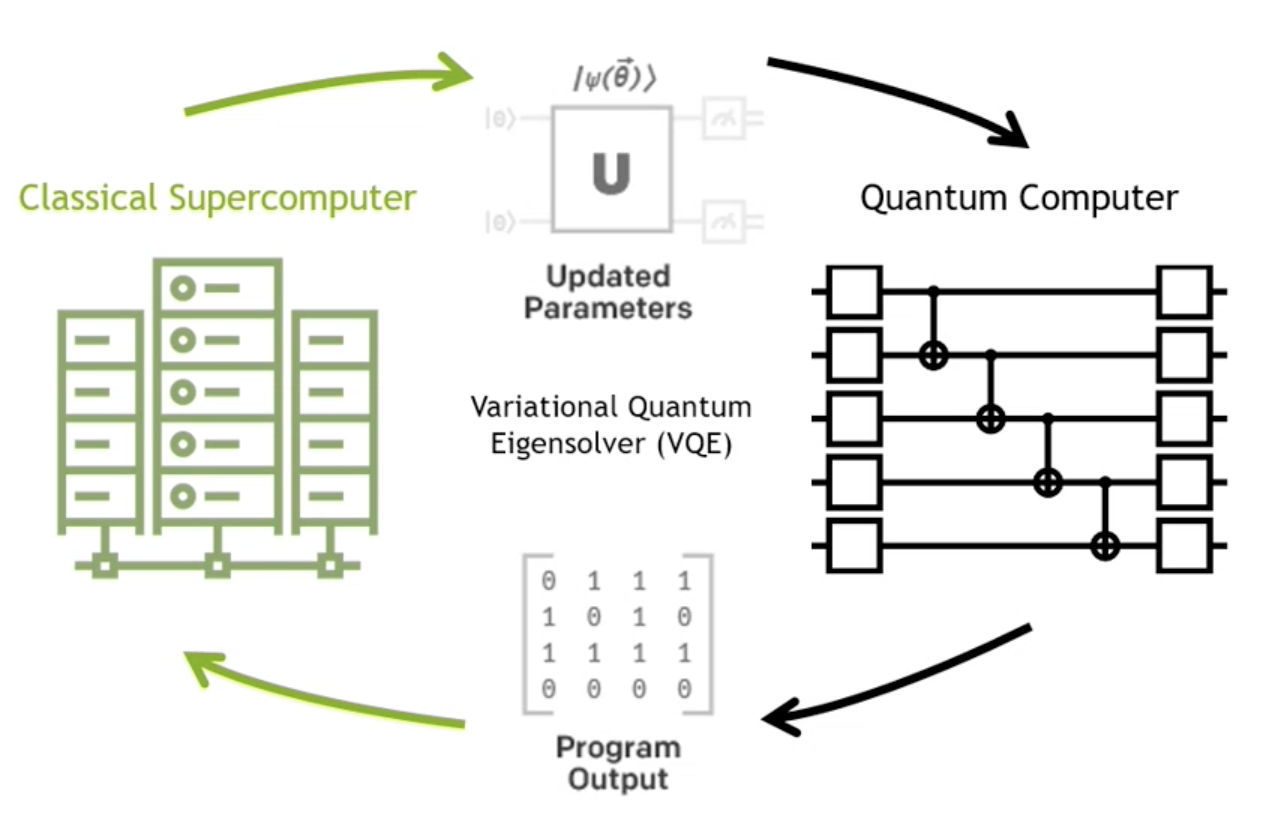 “All QC work is hybrid in the sense that a quantum computer needs to be run by a classical resource,” he replied. “What we’re announcing here is a platform that enables the development of true hybrid applications, meaning applications that leverage the best of classical resources and the best of quantum computing resources for the tasks they are best suited for. This type of development requires a programming environment that is familiar to scientific developers outside of quantum computing, and interoperates with the programming models and software stacks that are commonly used today.”

In a media briefing, Costa referred more specifically to Nvidia’s GPUs. He said that hybrid apps will “leverage classical GPU-accelerated supercomputing for large parts of applications, while critical kernels are accelerated by a quantum resource.” 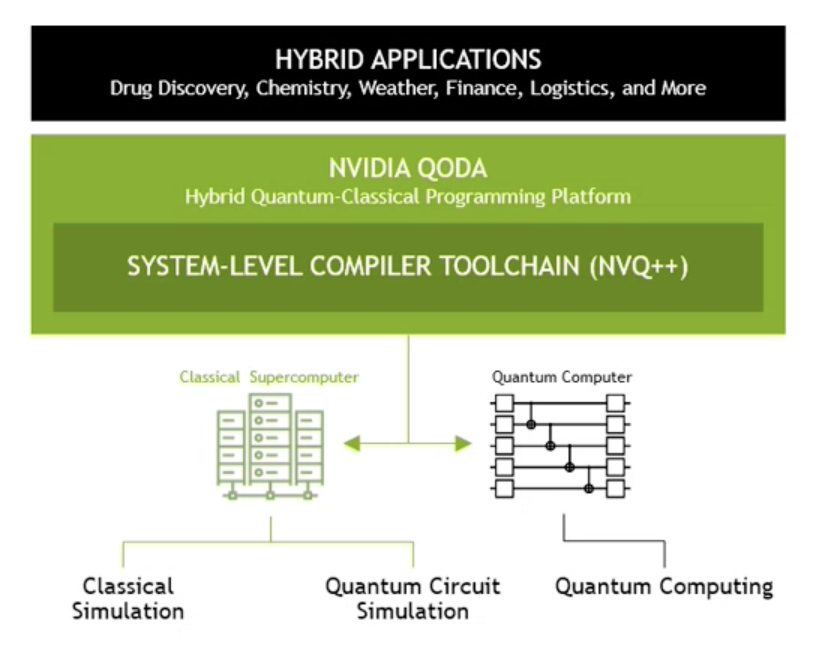 I asked Costa what’s an example of an application that might be built using QODA?

“We envision algorithms and applications that benefit from both GPU and QPU processing,” he replied. “QPU” here means Quantum Processing Unit and refers to the CPU in a quantum computer. While Nvidia itself does not have its own QPUs, the idea is that QODA will support all external QPUs. As Costa noted in the briefing, QODA is “QPU agnostic.”

“QODA will enable the efficient interoperability of these computational accelerators,” Costa told me. “Domains that will likely require classical parallel processing in tandem with quantum co-processing include machine learning, optimization in financial portfolios, and novel quantum chemistry algorithms and frameworks.

I asked Costa whether developers who currently use cuQuantum would now choose QODA as their SDK, or would they stick to existing SDKs like Qiskit and PennyLane?

“cuQuantum is an SDK for accelerated quantum circuit simulation in any QC framework, including Cirq, Qiskit and PennyLane,” he said. “[But] cuQuantum also serves as a backend for QODA when QODA is used on an emulated quantum resource with Nvidia GPUs.”

He went on to say that QODA solves a different problem than frameworks like Cirq, Qiskit and PennyLane, “by enabling scientific developers to directly integrate quantum computing acceleration into their existing applications.” So the key difference here is the “acceleration” that Nvidia is famous for, via its GPU processors. That’s why a developer might choose QODA, according to Nvidia. 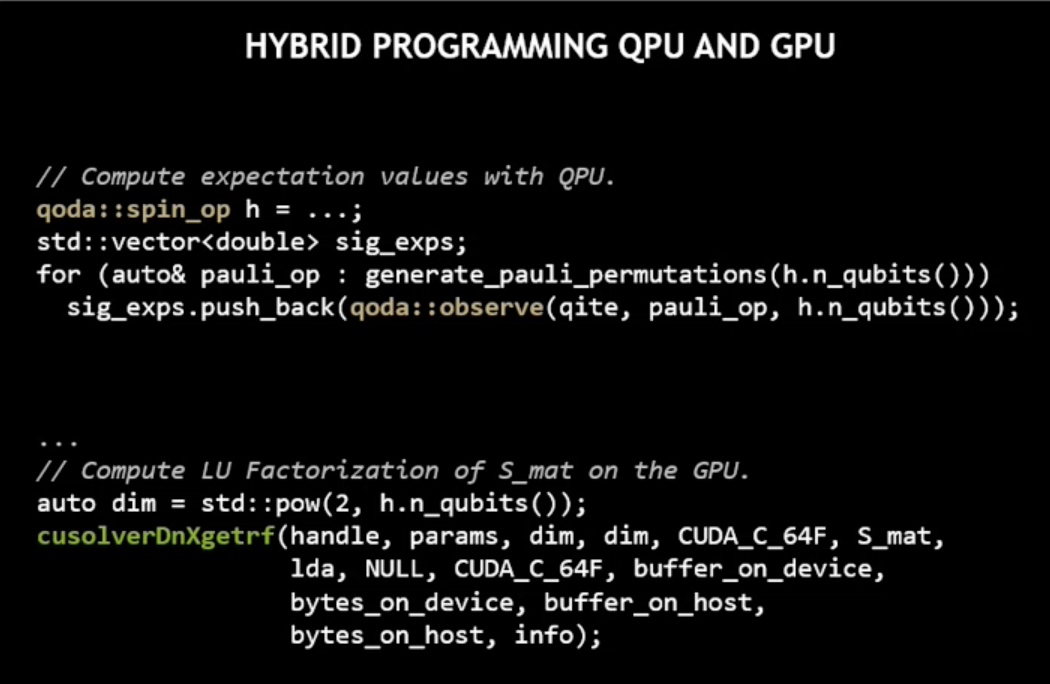 An example of coding using QODA.

QODA will be in beta testing for the rest of this year, with the aim of opening up the SDK for general availability early next year.

Clearly, Nvidia is aiming to bring its GPU app acceleration strategy into the quantum computing space with QODA. However, I’m not sure its definition of hybrid quantum-classical computing is that different from other big players in the ecosystem, such as IBM and Google. Regardless, QODA is yet another boost to the quantum computing industry — in particular, helping developers to use the technology.