NVIDIA Brings Affordable GPU to the Edge with Jetson Nano

Jetson Nano is the latest addition to NVIDIA’s Jetson portfolio. The $99 developer kit powered by the Jetson Nano module packs a lot of punch.
Jul 5th, 2019 8:50am by Janakiram MSV 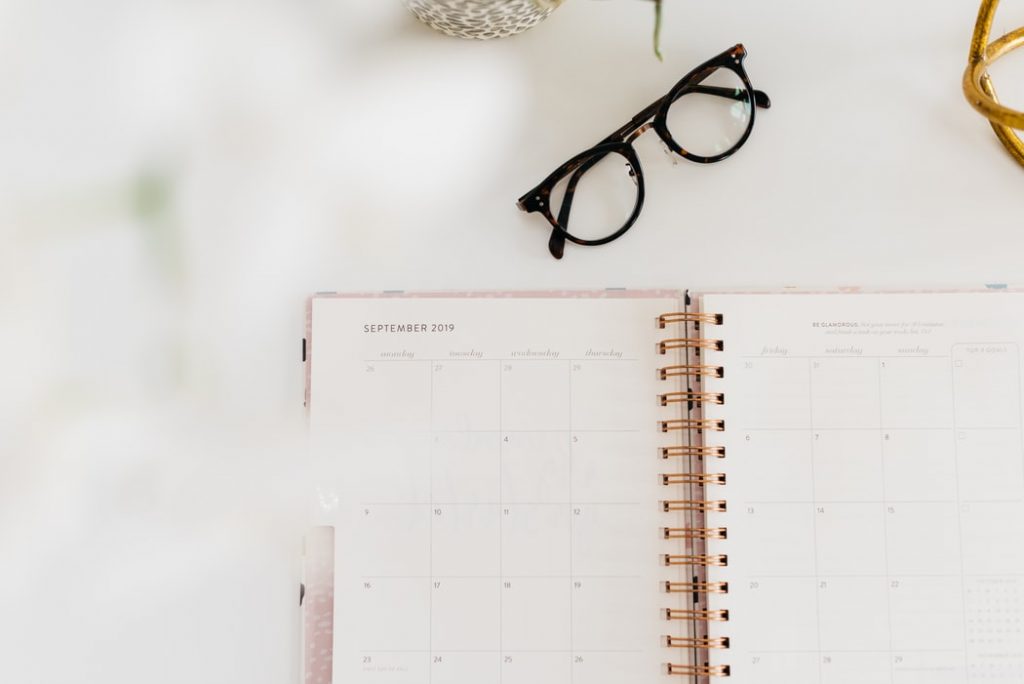 Jetson Nano is the latest addition to NVIDIA’s Jetson portfolio of development kits. The $99 developer kit powered by the Jetson Nano module that packs a lot of punch. It comes with a Maxwell GPU, Quad-core ARM processor, and 4GB RAM. 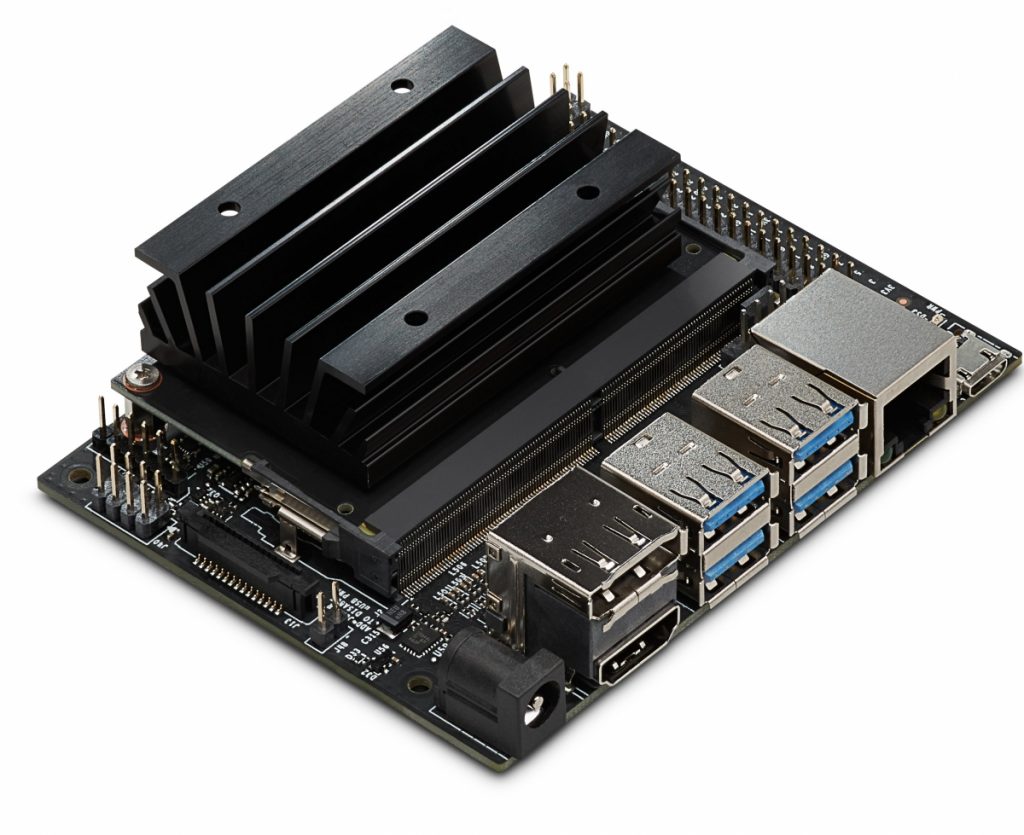 What’s unique about Jetson Nano developer kit is the availability of NVIDIA GPU that’s compatible with its data center counterparts. It’s a less powerful platform based on AArch64 architecture while most of the servers and VMs are based on X86.

Jetson Nano is meant to be deployed at the edge running fully trained deep learning models that take advantage of local GPU acceleration. The workflow involves using the public cloud for training the models, optimizing the models for inference on NVIDIA GPU, and deploying it at the edge.

NVIDIA’s inference engine is based on TensorRT, a runtime that’s optimized for forward propagation which is a technique used for accelerating inferencing. TensorFlow, PyTorch, and Caffe2 models can be converted into TensorRT to exploit the power of GPU for inferencing.

Jetson Nano developer kit makes it easy to develop, test, debug, and deploy TensorRT modules at the edge. It acts as the carrier board to program the GPU module. The Jetson module powering the kit can be easily detached and deployed in production environments.

The development kit brings the best of IoT and AI development to the community. It has Raspberry Pi-compatible GPIO pinout that can support a broad range of shields and hats from the Pi ecosystem. Most of the Python and Node.js programs that talk to Raspberry Pi GPIO can be easily ported to Jetson Nano.

Let’s take a closer look at the hardware specifications of Jetson Nano. 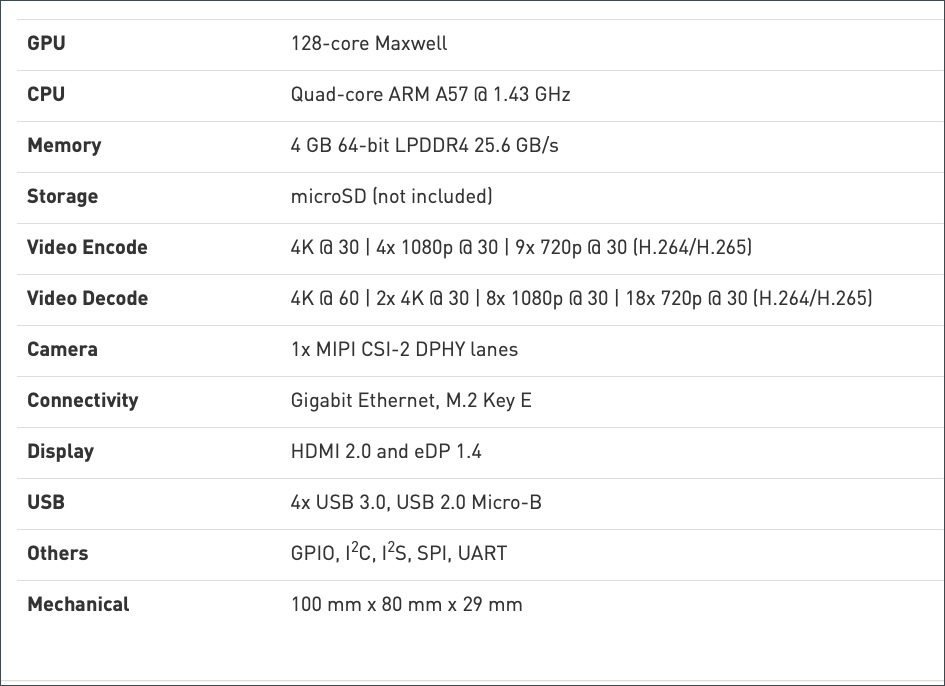 The OS and software are packaged into an image that can be downloaded and flashed into an SD card much like the Raspbian OS. NVIDIA calls this platform as JetPack SDK which includes a flavor of Ubuntu, drivers, runtimes, tools, and frameworks to develop and deploy neural network models.

The latest version of JetPack SDK is 4.2 which includes LTS Kernel 4.9 support, the new Jetson.GPIO Python library, TRT Python API support, and a new accelerated renderer plugin for GStreamer framework. Developers can get started as soon as they boot the developer kit with the JetPack 4.2 image.

JetPack SDK 4.2 is built on top of Ubuntu 18.04 with a modified kernel. It includes TensorRT, which is a high performance deep learning inference runtime for image classification, segmentation, and object detection neural networks. TensorRT accelerates deep learning inference as well as reducing the runtime memory footprint for convolutional and deconvolutional neural networks.

It also includes the CUDA Toolkit that provides a comprehensive development environment for C and C++ developers building GPU-accelerated applications. The toolkit comes with a compiler for NVIDIA GPUs, math libraries, and tools for debugging and optimizing the performance of applications. CUDA Deep Neural Network, cuDNN, a library built of on top CUDA, provides high-performance primitives for deep learning frameworks. It includes support for convolutions, activation functions, and tensor transformations.

JetPack also comes with Docker Engine. But unfortunately, it doesn’t support NVIDIA-Docker, a fork of Docker which aware of GPUs. But the Docker on JetPack is capable of running images built for ARM that are based on AArch64 architecture. With some tweaks and additional parameters, containers will be able to talk to the underlying GPU. This workaround makes it possible to run mainstream edge computing platforms. AWS IoT Greengrass officially supports Jetson family of products while Microsoft is yet to extend Azure IoT Edge to ARM64 and AArch64.

The edge computing market is growing rapidly. With NVIDIA, Intel, Google, Qualcomm investing in custom hardware accelerators for AI, deploying deep learning models for inferencing has become the key driver for edge computing. This trend combined with software platforms from AWS, Microsoft, Google, and startups such as FogHorn, IoTium, and Swim, edge computing is transforming into a multimillion-dollar opportunity.

In one of my upcoming tutorials, I will demonstrate how to optimize and deploy deep learning models trained in the public cloud on Jetson Nano. Stay tuned.

SHARE THIS STORY
RELATED STORIES
US Chokes off AI Software Access to China CHIPS Act Pushes Funding to Exascale App Dev and DevSecOps ARM Server Chips Get a Boost with Ampere’s Altra Big Three in Cloud Prompts ARM to Rethink Software Google Puts Open Source in Chip Design and Manufacturing
TNS owner Insight Partners is an investor in: Docker.
SHARE THIS STORY
RELATED STORIES
What Is Supply Chain Security and How Does It Work? US Chokes off AI Software Access to China How Prescient Devices Uses Time Series Data for IoT Automation Microsoft Takes Kubernetes to the Edge with AKS Lite Physical Computing Types See GitHub a Little Differently
THE NEW STACK UPDATE A newsletter digest of the week’s most important stories & analyses.
The New stack does not sell your information or share it with unaffiliated third parties. By continuing, you agree to our Terms of Use and Privacy Policy.