Nvidia Updates Chip Roadmap to Gear up for AI and Gaming

Chipmaker Nvidia releases its roadmap for delivering processors to power gaming and artificial intelligence workloads.
May 26th, 2022 6:00am by Agam Shah 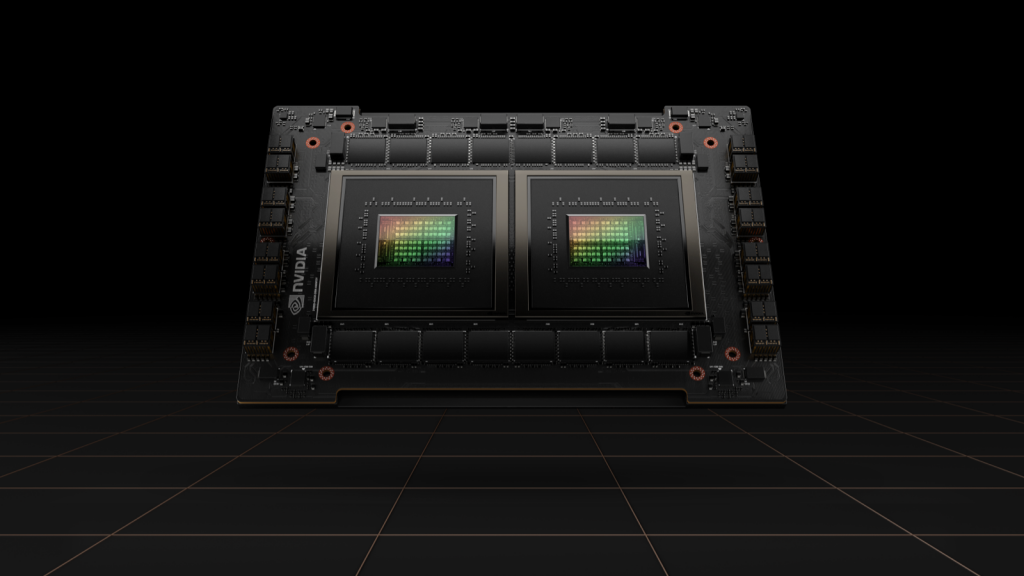 Nvidia provided a peek into its hardware future as it tries to solidify its dominance in systems that run artificial intelligence and gaming applications.

The company made a name with its GPUs for gaming, but its chips are now in demand for enterprise applications. At the Computex trade show this week, the company introduced new hardware with homegrown CPUs and GPUs for cloud gaming, high-performance computing, metaverse and artificial intelligence.

The four systems have Nvidia’s GPUs and homegrown CPUs called Grace, which is based on ARM architecture. Nvidia earlier this year walked away from its plan to acquire ARM for $40 billion after opposition from governments in the EU, US, UK and China.

“These new reference designs will enable our ecosystem to rapidly productize the servers that are optimized for Nvidia-accelerated computing software stacks, and can be qualified as a part of our Nvidia certified systems lineup,” said Paresh Kharya, senior director of product management for accelerated computing at Nvidia, during a press briefing.

The CGX reference board for cloud graphics and gaming has 16 GPUs and what Nvidia calls a Grace “superchip,” which has two CPUs connected by a superfast NVLink interconnect. The superchip has 144 CPU cores, LPDDR5x memory and memory bandwidth of 1 terabyte per second.

The OVX hardware has CPUs, GPUs and an integrated chip called Bluefield, which also packages networking components to process high volumes of data in a small footprint. The OVX is designed for the creation of “digital twins,” which involves creating a virtual version of real-world objects. The OVX is designed for metaverse-style applications in which engineers work together to virtually design and test products like planes, engines, and autonomous cars.

Nvidia is repositioning itself as a full-stack provider of hardware, software and services for AI and graphics applications. The company has software called Enterprise AI in which it packages software stacks targeted at verticals that include health care and automotive.

The software suites include data preparation, analysis and inferencing tools required by developers and data scientists for AI deployment. For example, Nvidia’s Drive platform has a software stack on which carmakers can build autonomous hardware systems, but it requires Nvidia’s GPUs.

Agam Shah has covered enterprise IT for more than a decade. Outside of machine learning, hardware and chips, he's also interested in martial arts and Russia.
Read more from Agam Shah
SHARE THIS STORY
RELATED STORIES
Enterprise Kubernetes Lessons Learned from MoneyGram and HP Google Inks Deal with NIST to Boost Open Source Chips Microsoft Takes Kubernetes to the Edge with AKS Lite US Chokes off AI Software Access to China Small-Scale Fab: Embrace the CAD Mindset
SHARE THIS STORY
RELATED STORIES
Burning Man Returns with a Quest for Sustainability, Meaning CHIPS Act Pushes Funding to Exascale App Dev and DevSecOps US Chokes off AI Software Access to China The Hobbyists Who Build Their Own CPUs Big Three in Cloud Prompts ARM to Rethink Software
THE NEW STACK UPDATE A newsletter digest of the week’s most important stories & analyses.
The New stack does not sell your information or share it with unaffiliated third parties. By continuing, you agree to our Terms of Use and Privacy Policy.