San Francisco-based Observable brings data, visualizations and code together in one collaborative place.
Jul 7th, 2021 6:00am by Susan Hall 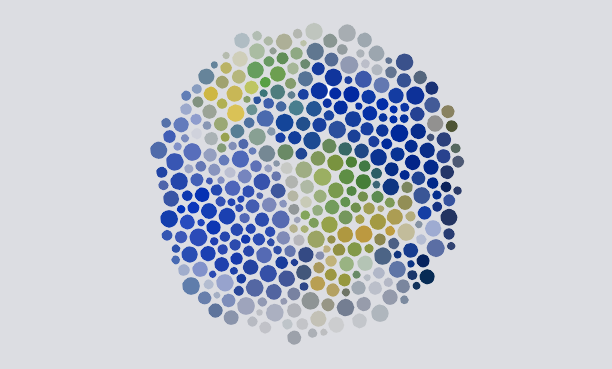 The mind-boggling growth of data has companies scrambling to not only manage it, but also make sense of it and harness it to achieve business goals. And they’re looking to a wider range of expertise within the organization to do that.

San Francisco-based Observable is among a rash of startups trying to tackle parts of the problem, in this case by bringing the data, visualizations and code together in one collaborative place.

“It’s about creating the space or the destination for people to come together to analyze data, to explore it, to visualize it. And then really, I think the power of it is that these people are coming together to teach and learn and share what they’re doing around data,” said CEO Melody Meckfessel. “Our goal is to really have an open collaborative, positive community out on the web for people to do that because learning data viz is hard. Doing software development as hard.”

The aim is to make that collaboration available not just to engineers and data scientists, but a range of analysts, executives, researchers and journalists.

In effect it brings together the capabilities of traditional business intelligence, data visualization and collaboration tools with the larger goal of creating a GitHub-style community where users build upon one another’s creations.

Meckfessel maintains there’s a gap in the market with existing tools.

“A lot of them just don’t provide the context around the data or the information. So what happens is, you do this great data exploration, and then someone takes a static image of that with no reference or background. And then people have to make decisions around it,” she explained.

“Or the data is siloed. And the tools are siloed. So the data scientists are working in one part of the toolset and the developers are working on the other, and they can’t collaborate together. And all leads to the right people not being connected to make sense of the data.”

It’s all about enabling people to make data-informed decisions faster.

Say you pull data for a PowerPoint presentation on global sales data, that information is likely to be stale by the time of the presentation, Deepti Srivastava, Observable’s head of product pointed out. And if an exec wants to look at the data by region instead, it requires going back several steps to slice the information differently and build the charts or graphs to present it that way.

“Instead of being bogged down by sort of the nitty gritty and the technical details of building these graphics, we wanted to enable people to quickly explore the data, whether it’s through bar graphs, or scatter plots or any of those things to quickly explore it, and then to communicate it with each other, from a collaboration perspective, and also with executives faster,” she said.

Using JavaScript-based notebooks, users can go into any cell and see the raw data if they want to investigate the thinking behind the way certain information is presented, and also the code used.

Users have to learn a bit of JavaScript code to enable them to execute their data visualizations in the browser in real time.

“It’s really the place where your developer, that’s a JavaScript expert, the data scientist or the business analyst, the manager, the executive, the team lead can all be in the same space, Srivastava  said. “So you’re not doing this copy/ paste from a BI dashboard into a slide deck, you’re really just looking at the data, looking at the visualization and looking at the context, because it’s all in one place. And you can do that much faster with a lot more types of people with a lot more types of expertise.”

A notebook is made up of a series of cells, operating more like a spreadsheet. Each cell contains a separate script that runs independently. An error in one won’t prevent others from running.

Each contains a set of references that determine the order in which they will run rather than running in a linear order, a difference from vanilla JavaScript. If cell B needs the value of cell A, Observable won’t run cell B until A is computed. Likewise whenever the value of cell A changes, cell B is automatically recomputed.

Users who want to slice the data differently can import code or fork a notebook created by a co-worker, riff and build off that work, then share the results broadly within the organization. They can add interactivity and animation.

It offers a wide of array of notebooks that users can import, fork and customize to meet their own needs. Its users have contributed visualizations such as air quality over time in California and face mask adoption in the United States.

The company recently released Plot, a JavaScript library for exploratory data visualization, built on top of D3, but described as more like Vega-Lite, which provides a declarative JSON syntax for interactive graphics. It portrays D3 as more a tool for explanatory graphics and Vega-Lite more for exploratory graphics.

It also released templates, pre-packaged artifacts for common data-related workflows. The templates for these common scenarios don’t require expertise in data visualization or JavaScript, but just a simple CSV upload. The data, visualizations and text all live together and can be customized as the user sees fit.

Last November, the company announced a $10.5M Series A round led by Sequoia Capital and Acrew Capital.

Sequoia’s Jim Goetz tweeted, “[We] believe the company is on track to touch tens of millions of people and will redefine the data visualization category.”

2/ Observable was founded by a dream team positioned to reinvent visualization. We’ve been tracking @mbostock since he was at Stanford & his groundbreaking work started when he created @d3js_org. CEO @mmeckf, former VP of Eng @Google & gifted leader in the developer community.

Susan Hall is the Sponsor Editor for The New Stack. Her job is to help sponsors attain the widest readership possible for their contributed content. She has written for The New Stack since its early days, as well as sites...
Read more from Susan Hall
SHARE THIS STORY
RELATED STORIES
Why Web3 Needs a Real-Time Data Layer Now More Than Ever What I Learned at Neo4j’s NODES 22 Conference Redis Data Types: The Basics Boost Customer Engagement with Real-Time Data Data, Analytics and AI: What Will Happen in 2023
SHARE THIS STORY
RELATED STORIES
Why You Need a Centralized Approach to Monitoring  Hybrid Data Collection from the IoT Edge with MQTT and Kafka The Architect’s Guide to Data and File Formats  AWS Brings Trusted Extension Support to Managed Postgres Data, Analytics and AI: What Will Happen in 2023
THE NEW STACK UPDATE A newsletter digest of the week’s most important stories & analyses.
The New stack does not sell your information or share it with unaffiliated third parties. By continuing, you agree to our Terms of Use and Privacy Policy.