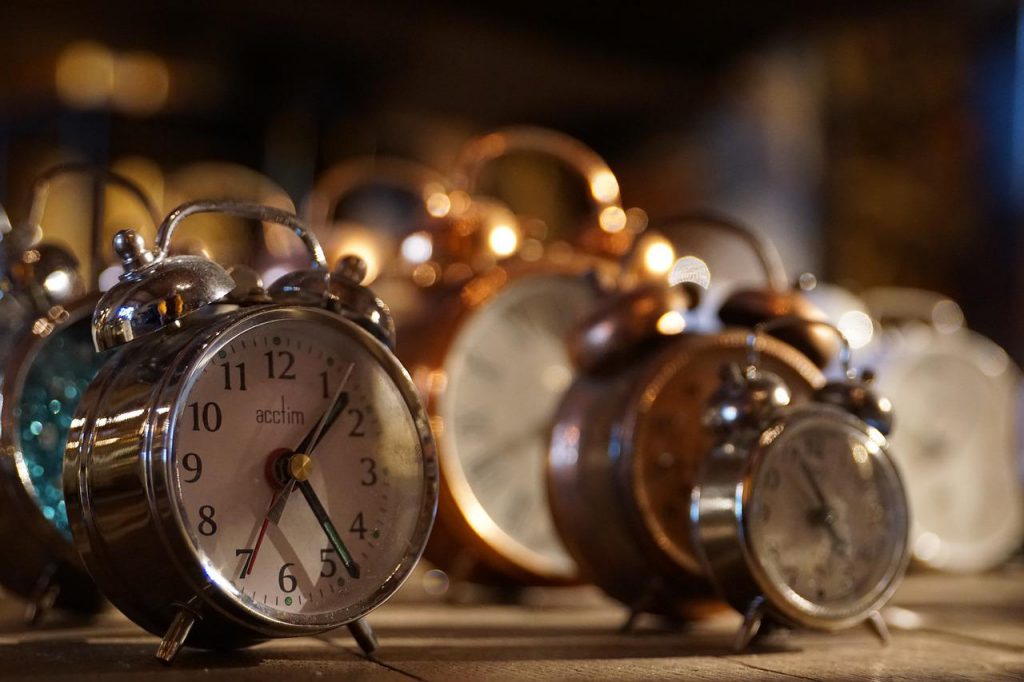 This tutorial was executed on a macOS system with Python 3 installed via Homebrew. I recommend setting up additional tooling like virtualenv, pyenv, or conda-env to simplify Python and Client installations. Otherwise, the full requirements are here:

First, we need to request our data. We’ll use the request library to return hourly weather data from a specified longitude and latitude with the OpenWeatherMap API.

Convert the Data to a Pandas DataFrame

Next, convert the JSON data to a Pandas DataFrame. We’ll also convert the timestamp from a Unix timestamp with second precision to a datetime object. This conversion is being made because the InfluxDB write method requires that the timestamp is in datetime object format. We’ll use this method next to write our data to InfluxDB. We also drop columns that we don’t want to write to InfluxDB.

Write the Pandas DataFrame to InfluxDB 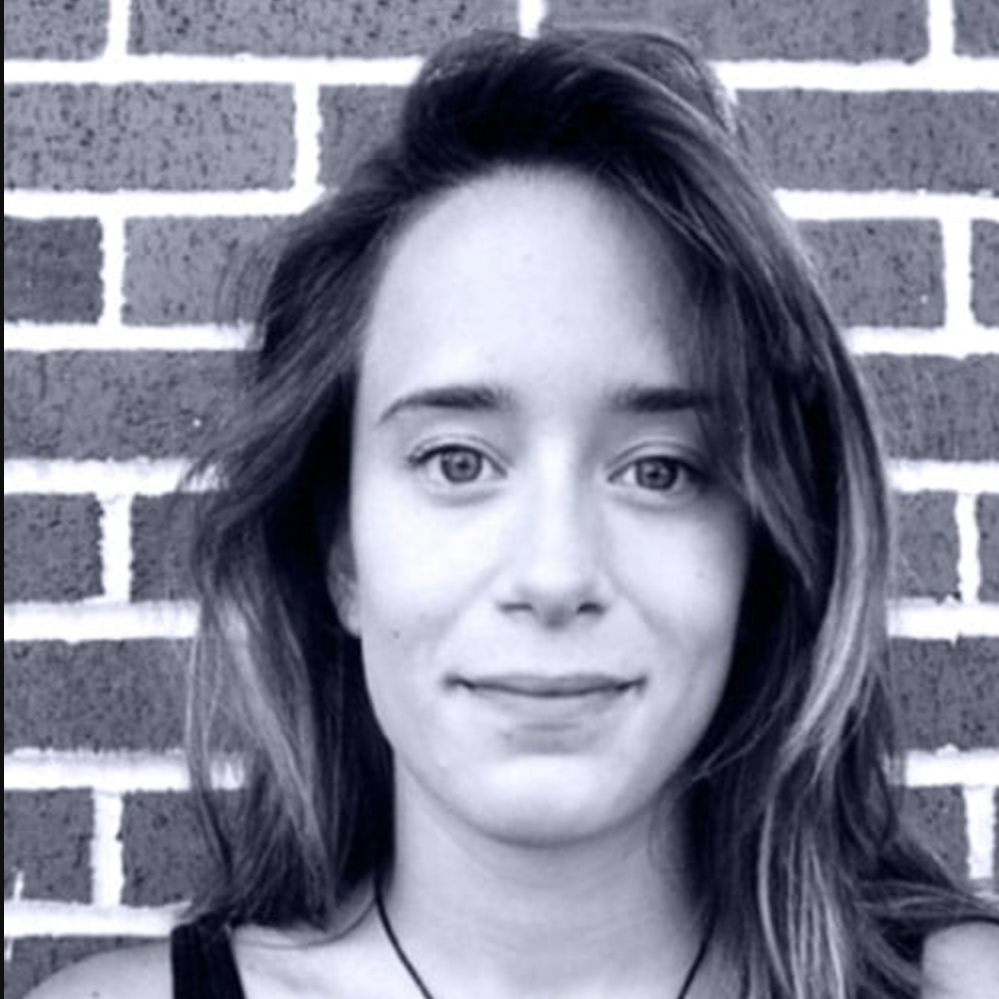 Anais Dotis-Georgiou
Anais is a developer advocate for InfluxData with a passion for making data beautiful with the use of data analytics, AI, and machine learning. She takes the data that she collects, does a mix of research, exploration and engineering to translate the data into something of function, value, and beauty.

Now instantiate the InfluxDB Python client library and write the DataFrame to InfluxDB. We specify a measurement name. A measurement contains data within a bucket. You can think of it as the second-highest hierarchical level of data organization in InfluxDB after a bucket.

You can also specify which columns to convert to tags with the data_frame__tag_columns parameter.

To review, let’s take a look at the full script all together. We followed the following steps: 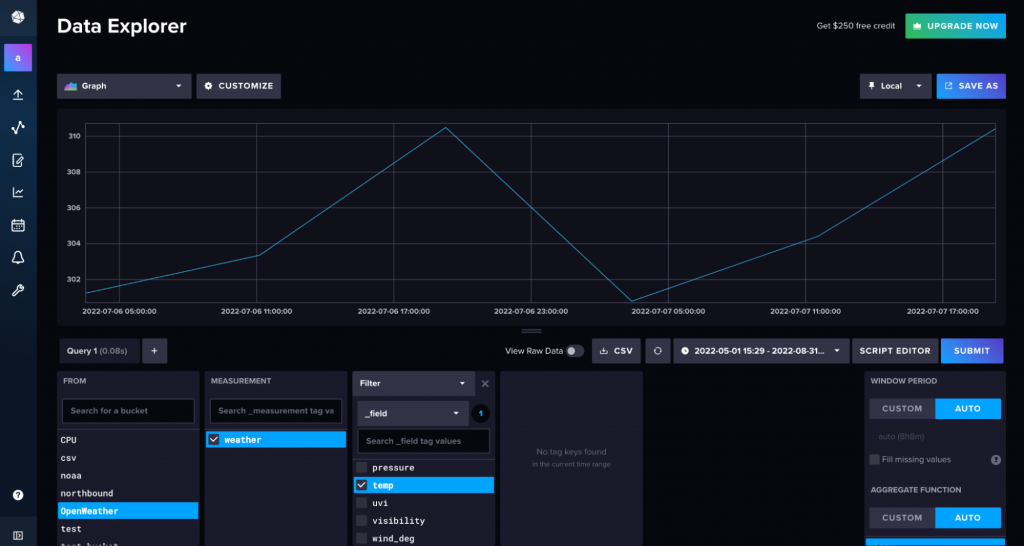 A default materialized view of our weather data. InfluxDB automatically aggregates the time-series data so that new users don’t accidentally query for too much data and get a timeout.

Pro Tip: InfluxDB automatically downsamples your data when you query for it with the Query Builder. To query for your raw data, navigate to the Script Editor to view the underlying Flux query. Flux is the native query and scripting language for InfluxDB, which can be used for analyzing and creating forecasts with your time-series data. Uncomment or delete the line with the aggregateWindow() function to view your raw data.

Navigate to the Script Editor and uncomment or delete the aggregateWindow() function to view the raw weather data.

I hope this blog post inspires you to take advantage of the InfluxDB Python Client library to obtain and store time-series data in InfluxDB. If you want to learn more about using the Python Client Library to query data from InfluxDB, I encourage you to take a look at this post. It’s also worth noting that you can use Flux to obtain data from the OpenWeatherMap API and store it with InfluxDB with a task. If you’re using InfluxDB Cloud this means that this Flux script will be hosted and executed regularly, so you can get a reliable stream of weather data into your instance. To learn more about how to obtain weather data with Flux on a user-defined schedule read this post.