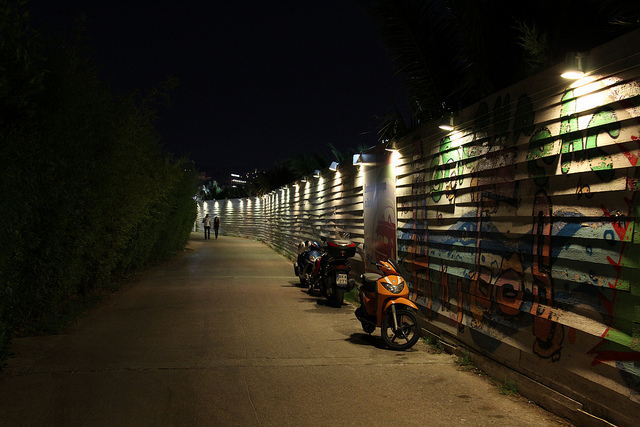 At the same time, Polvi, in a blog post, charged that the project is too narrowly focused.

“While we are happy the industry has come together to support the OCI runtime, CoreOS believes that the most critical aspect of container standards is the distributable container image: the part that gives end-user portability. This component is not currently addressed by OCI, which is why it is important to continue our work with [its specification] appc,” he writes.

It announced the project’s technical roadmap, and a technical developer community (TDC) that includes independent maintainers as well as maintainers from founding members including Docker, CoreOS, Google and Huawei.

A technical oversight board (TOB) will be appointed by the members of the OCI and the TDC to ensure cross-project consistencies and workflows and to serve as an appeals board when disputes arise. The governance model also includes a trademark board to oversee the development and use of the OCI’s trademarks and certifications.

The group’s focus will be on creating a standard that’s composable, portable, secure, decentralized, open, minimalist and backward compatible, according to the announcement.

And Cloud Foundry has implemented runc as part of its Garden project.

Docker originally described runc as “basically everything you need to run containers on a low-level system, and nothing else” with the purpose of making the code used by containers to access system services, accessible to outside communication.

It scored a coup within the project by making it the basis of the OCI project, while CoreOS was advocating for and trying to build a coalition around its appc specification.

“It was very clear from the get-go that we wanted this project to have a strong reference implementation. So the project as part of its charter had runc or the libcontainer project as the reference implementation,” Chanezon said. “There was some discussion about whether it should be runc or something brand new, but since libcontainer was already using Docker to run all the containers running today, [it was clear that] runc would be the best thing for that.”

Hykes and Polvi did not agree to unify their formats earlier this year. And the two companies continue to take divergent paths toward container security – that being the issue behind Polvi’s argument last December in which he called Docker’s security model “fundamentally flawed.”

“While today’s announcement helps further clarify the scope of OCI, we believe there is more work to do for the container specification to be complete and achieve true interoperability,” Polvi wrote in his blog post.

“The idea behind OCI was to take the widely deployed runtime and image format implementation from Docker and build an open standard in the spirit of appc. We jumped at this prospect, as having one shared standard is a unique opportunity to foster wide proliferation and adoption of containers and a healthy ecosystem of competing implementations.

“While initially it appeared there was some overlap between OCI and appc, the OCI has solely focused on the runtime, which is more narrowly focused than we anticipated for the project. Our efforts to bring in container image and image distribution of appc have not been incorporated, but we still believe these are important parts of a container standard.”

He said CoreOS will take the open source projects it has built, “projects essential to furthering the adoption of this style of infrastructure” to the Cloud Native Computing Foundation (CNCF), another Linux Foundation collaborative project. Those projects include:

As Jason Mendenhall, executive vice president, Cloud at Switch and a member of CNCF, described the differences between the two projects:

“The OCI is very focused on just the container. What are the standards a container would run on?” he said. “You can download some software and your laptop can be an environment where you develop in a container-based system. But when you start talking about managing large application frameworks, having your integration team put it on a cloud or building your own cloud, no matter how you’re doing it, that’s where things are really starting to break – this idea of going up stack,” he said.

“Because we can do so much with it, complexity is going to be problematic. With the Cloud Native Computing Foundation, as things move into more large-scale production environments, we’re trying to establish a platform by which reference architectures can cohabitate and be certified — these are the series of tools that make this environment work.”

And Polvi added: “Of course, there is always risk that by putting software into a foundation, it actually has the opposite effect, slowing down the project. We believe that the approach CNCF is taking is spot on, but as we move forward we will be careful to do what is best for increasing the adoption of etcd and thus cloud-native infrastructure.”

Susan Hall is the Sponsor Editor for The New Stack. Her job is to help sponsors attain the widest readership possible for their contributed content. She has written for The New Stack since its early days, as well as sites...
Read more from Susan Hall
SHARE THIS STORY
RELATED STORIES
Deploy a Container Stack in Portainer from a GitHub Repository Securing Windows Workloads How to Deploy Containers with nerdctl What Is Apptainer and How Do You Install It on Ubuntu Server? WebAssembly Needs Schedulers, and Kubernetes Doesn't Quite Fit the Bill
TNS owner Insight Partners is an investor in: Docker, Sysdig.
SHARE THIS STORY
RELATED STORIES
The Next Evolution of Virtualization Infrastructure Container Security: A Troubling Tale, but Hope on the Horizon Application Storage Is Complex. Can Automation Simplify It? .NET 7 Simplifies Route from Code to Cloud for Developers WebAssembly Needs Schedulers, and Kubernetes Doesn't Quite Fit the Bill
THE NEW STACK UPDATE A newsletter digest of the week’s most important stories & analyses.
The New stack does not sell your information or share it with unaffiliated third parties. By continuing, you agree to our Terms of Use and Privacy Policy.