While there are many Single Board Computers (SBC) based on ARM — Raspberry Pi 4, BeagleBone Black, and Odroid HC4 — the choice is limited for X86-based devices. One option is the Odyssey Blue J4105 Mini PC from Seeed Studio, a solid choice for building IoT, Edge, and AI projects. Slightly larger than the Raspberry Pi, it’s a powerhouse packed with a lot of features.

Based on the Intel Celeron J4105, the device boasts of a Quad-Core 1.5GHz CPU that can burst up to 2.5GHz. The CPU has four cores and 4MB of cache which delivers adequate power for applications deployed at the edge. In terms of memory and storage, the Odyssey Blue J4105 comes with 8GB LPDDR4 RAM, an optional 64GB eMMC storage, and 128GB of SSD storage. If you want to attach additional storage devices, the in-built SATA connectors come in handy.

What sets the Odyssey Blue J4105 Mini PC apart from its competitors are the co-processors. There is an onboard ATSAMD21 Core, an ARM Cortex-M0+ MCU that is compatible with Arduino. You can connect hundreds of sensors and actuators to the Mini PC and seamlessly program them through Arduino IDE running on the Mini PC host. The Raspberry Pi compatible 40-Pin provides hardware compatibility to most of the Pi HATs in the market. The direction of GPIO pins can be individually set through the BIOS. The pins support mainstream protocols including I2C, SPI, and UART.

With an onboard WiFi/Bluetooth Low Energy (BLE), dual Gigabit Ethernet ports, one USB Type-C, one USB 3.1 Type-A, and 2X USB 2.0 Type-A ports, there is no dearth of connectivity options. The dual Gigabit Ethernet ports deliver redundant network connectivity that ensures high availability for applications. The device even supports an LTE SIM card if you need cellular connectivity. The USB Type-C doubles up as a DisplayPort that can output 4K at 60Hz.

What I liked most about the Mini PC is the accessibility of the GPIO pins and the ports. The chassis comes with a transparent, removable plate which makes it easy to connect sensors and other peripherals to the device. There is a fan below the heat sink which occasionally kicks in but doesn’t make much noise. The fit and finish of the device are pretty good for the price factor of $239. 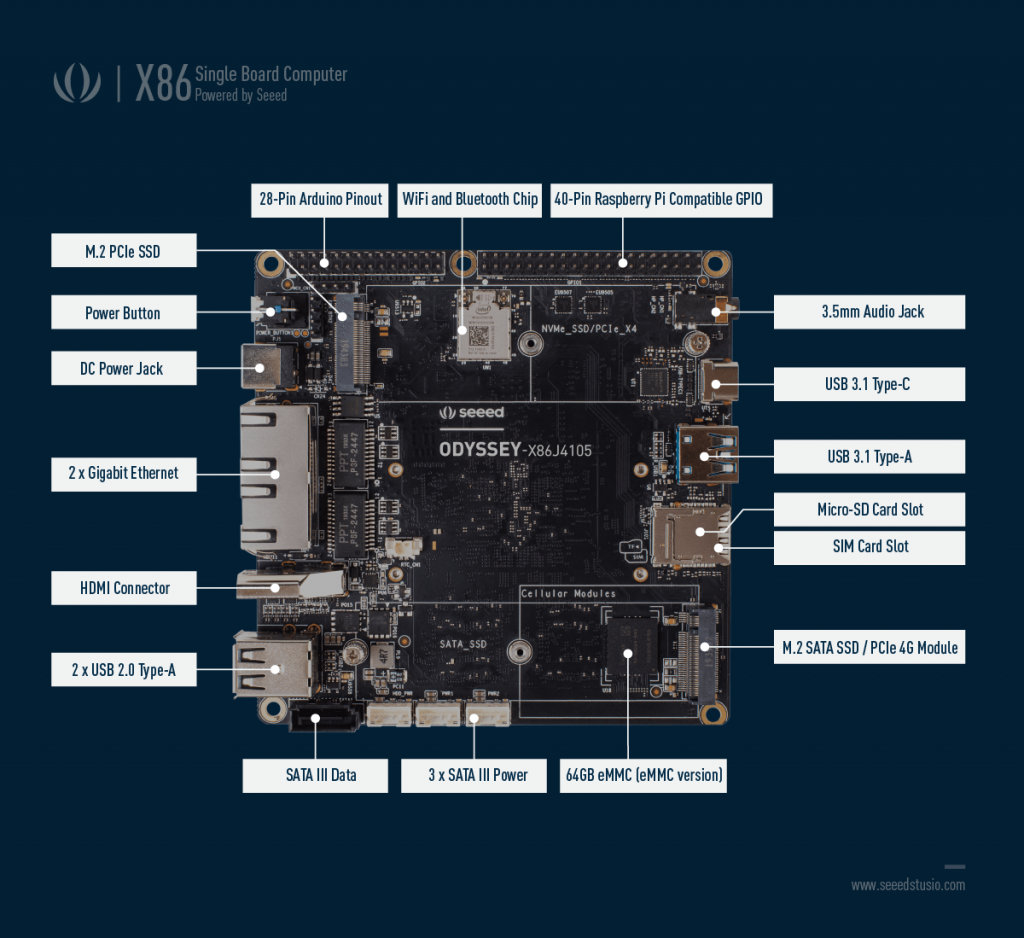 Edge devices that run deep learning models need AI acceleration. There are two mechanisms to bring this capability to the Mini PC — plug in a USB 3 accelerator like Intel Neural Compute Stick 2 or Google Coral USB or attach a full-blown GPU through the M.2 PCIe x4 to PCIe x16 Adapter. The former is a compact approach to running AI on the device while the latter needs a bit of hacking. But, both deliver the optimization needed to run AI models for inference.

I bought three Mini PC devices to run a highly available Kubernetes cluster based on K3s 1.19. With two Gigabit Ethernet ports, I am planning to split the control plane and data plane traffic. One port will be used for node-to-node communication while the other is will be used for exposing the workloads to the outside world.

The Odyssey Blue J4105 Mini PC is my testbed for running cloud native applications at the edge. I am planning to put this cluster to use for evaluating some of the lightweight Kubernetes distributions such as K3s, MicroK8s, and K0s. By connecting AI accelerators like Intel NCS2 and Google Coral Mini PCIe, the combination of Mini PC hardware and Kubernetes deliver the cloud native AI stack for the edge. 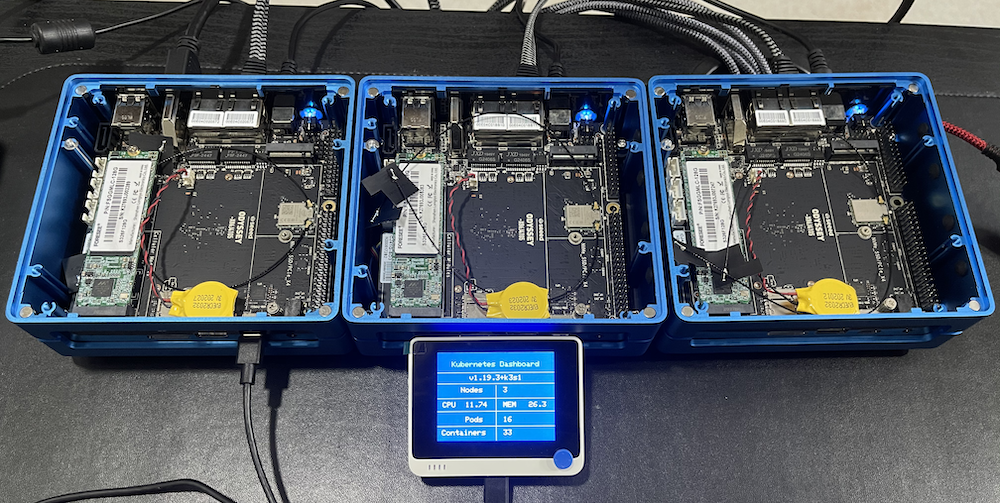 I already built a mini Kubernetes dashboard based on Wio Terminal and Odyssey Blue J4105 Mini PC which I plan to cover in the next tutorial, which will run Sunday.