Off-The-Shelf Hacker: A First Look at the Raspberry Pi 3 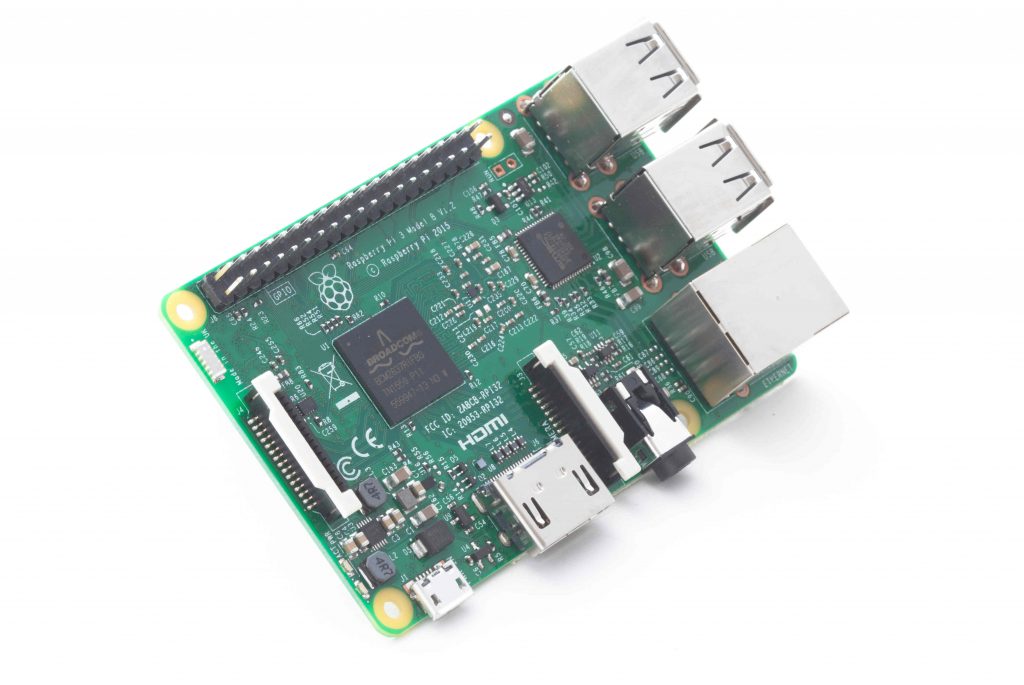 The Raspberry Pi 3 officially went on sale this past Monday, with much fanfare.

The new Pi ushers in several interesting trends that are creeping into the micro-controller and nano-computing eco-system. Off-The-Shelf Hackers are in a great position to create powerful next-generation projects with this rapidly evolving technology.

The Raspberry Pi 3 certainly sets the pace for small, affordable and powerful DIY computing modules. Readers can put a very nice desktop or laptop PC together for a fairly modest amount of cash, using a Pi. Since Pi’s have HDMI, you can use a big-screen HDMI TV or projector for your monitor. You’ll get a full desktop, most major applications (like Google Chrome, Thunderbird email and LibreOffice) and quite usable performance. And, let’s not forget all those general-purpose input/output (GPIO) pins.

I followed the projector strategy for my Raspberry Pi 2 powered “conference presentation machine.” The build was the focus of discussion at my talk at the Fossetcon open source conference last November. While the slides were created on my antique duo-core Asus Linux notebook, the Pi 2 was hooked up to the projector and displayed the finished LibreOffice Impress presentation, during my tech-talk standup routine. Here’re a parts list and costs associated with the project:

I also wired up a couple of push-buttons to the GPIO pins, so I could advance the slides. Audience members seemed fascinated with the retro look and feel of the wired Steampunk-themed “clicker”.

The Pi 3 takes things to the next level, with a claimed 30 to 50 percent increase in performance, over the Pi 2. In my opinion, the Pi 2 is definitely usable as a desktop machine and robust enough to trust it to run my slide stack, in front of audiences at big tech conferences. My only gripe was having to compress the graphics, for my LibreOffice Impress slides. When the files were big, there’d be a noticeable lag when advancing to a new slide.

I can’t wait to get my hands on the Pi 3 and see how it works, WITHOUT compressing or whittling down the graphics. And, the Pi 3 is a drop-in replacement for the Pi 2, while still being priced at $35.

The Pi 3 also introduces 64-bit capability into the product line. You may recall the recent news of the Pine64 and it’s 64-bit processor.

The Pi 3 sports a similar 1.2 GHz 64-bit, quad-core ARM Cortex-A53 chip. Although both the Pi 3 and Pine64 offer the hardware to run in 64-bit mode, we’re still behind the curve, regarding a working downloadable operating system image.

The Pine64 folks sent me a board a couple of weeks ago, with Android loaded. It works fine and is pretty fast. I’m anxiously waiting for the Linux community to construct a 64-bit image that will run on that device. Perhaps I could run a 32-bit version of Linux and do a story along that line.

According to the Raspberry Pi Foundation site, there’s also still no 64-bit version of Linux to run on the Pi 3 board.

Nevertheless, nano-footprint 64-bit computing hardware is available today for purchase, either in the form of a Pi 3 or Pine64. I’m sure other platforms will follow suit and we won’t have to wait very long for a working image.

What does this mean? Faster processing, more memory and ultimately lower prices for previous-generation technology. I had a noticeable jump in performance on my Asus notebook when I switched from 32-bit mode to 64-bit mode, several years ago.

As the hardware marches on, it’s up to the Linux community and off-the-shelf hackers to apply the technology in useful ways.

After all these years, we’re finally seeing WiFi as the go-to network connectivity choice regardless of the platform or performance level.

I’m glad to see the new Pi 3 with built-in WiFi and Bluetooth radios. Adding WiFi to the Pi 2 was easy enough with a small USB dongle like the EDIMax. Of course, it took up one of the USB ports and cost around $12. There’s no denying that WiFi is the dominant way to hook devices up to a network while Bluetooth remains a convenient, secondary local connectivity path for peripheral devices like speakers, headphones and access through smartphones.

Adding WiFIand Bluetooth to the Pi 3 makes it completely suitable for a variety of complex computing jobs. Building communication hubs, servers, complex digital end-user devices and full LAMP or physical computing stack applications all come to mind. There’s still the regular onboard Ethernet port, as well, for plugging into the wired side of a network.

Are you familiar with Soundhound, the cloud-based music recognition service for Android smartphones? I’m wondering if you could build a similar service utilizing the capabilities of a Pi 3 and it’s seamless WiFi connectivity.

The Pi 3 marks a turning point in micro-controllers. Inexpensive, 64-bit capable hardware has come to the physical computing stack. WiFi is nearly ubiquitous, too.

Now is a great time to investigate the new trends.

Rob "drtorq" Reilly is an independent consultant, writer, and speaker specializing in Linux/OSS, physical computing, hardware hacking, the tech media, and the DIY/Maker movement. He provides a variety of engineering, business and special project services to individual clients and companies....
Read more from drtorq
Share this story
RELATED STORIES
Why Cloud IDEs Are Shifting to a Platform-as-a-Service Model Uber Hack: It's the Simple Things That Kill Your Security Unsafe Rust in the Wild Paul Vixie: Story of an Internet Hero The Rise of Cloud Development and the End of Localhost
Share this story
RELATED STORIES
Starburst Strengthens Data Governance Capabilities The Hidden Pain of DIY On-Premises K8s-Based Software Distribution The Rise of Cloud Development and the End of Localhost Why Choose a NoSQL Database? There Are Many Great Reasons Why You Need a Mobile Database
THE NEW STACK UPDATE A newsletter digest of the week’s most important stories & analyses.
We don't sell or share your email. By continuing, you agree to our Terms of Use and Privacy Policy.
TNS owner Insight Partners is an investor in: Shelf, Bit.