Off-The-Shelf Hacker: Get Beyond ‘Blinking the LED’ 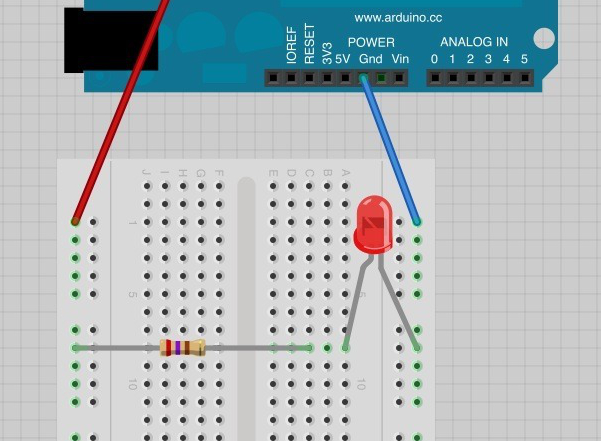 I’ve heard it over and over: “Oh yes, I played with a Raspberry Pi, but haven’t really built anything with it.” I ran into several people at the recent Embedded Linux Conference 2017 who had never seen an ESP8266 or a CHIP computer module. Granted, this conference focused on Linux on single-board computers (SBC) and system-on-modules (SoM). It was understandably oriented toward commercial products and the software side.

Everybody has starry eyes and the best of intentions when getting into physical computing whether as an enthusiastic grade schooler or as a seasoned pro. Newbies, DIY’ers, hobbyists, software-exploring-hardware converts, even experienced engineers and designers all do it. We all inevitably face that monumental question after we flash that first LED with some code on an Arduino or BeagleBone Black: What’s next?

Converting an idea into a tangible, working prototype gadget, one that reliably performs a task in the physical world, is a daunting challenge. Pressing on after blinking the LED, as they say, is tough.

One thing to keep in mind is that this is absolutely the greatest time in history to get into physical computing. Much of it is brand spanking new, and nobody’s done it before. Here are a couple of other quick tips I use to keep pushing forward.

We can’t possibly know what we need to build an actual physical device from scratch without going down a few rabbit holes, burning valuable time and money, or occasionally starting over from the beginning.

Think of “blinking the LED” as a metaphor for learning. Start, learn, build, then repeat. Blink an LED with an Arduino. Once that works, move on to the next level, like fading an LED in and out. Hint: you’ll use “pulse width modulation on an output pin” for that job.

The same goes for mechanical or electrical systems. Do a little research, then dive in and build something. Make version 1.0. Then, refine your design in version 2.0. Refine again and bump the revision number again. Be sure to document your efforts, so you can retain and reference back to all the important lessons you’ve learned while developing your project.

And, don’t even worry about feeling like you’ll never know enough. In his 2014 “Get Into Hardware” Stanford Review article, Alex Atallah pointed out that there were only about 83,000 hardware engineers compared to about 1 million software engineers in 2012, according to the US Department of Labor. Current numbers, which reflect labor statistics from 2014 are 77,700 vs. 1,114,000 for computer hardware engineers and software developers, respectively. Still roughly a 1 to 10 ratio.

That tells me that people who can work with hardware are special. There aren’t a lot of them. I think it’s probably because hardware requires quite a bit of knowledge and being able to take an idea through to a working prototype is a lot of work. Technology is moving so fast, too, that even if you can field a cool new product, a new microcontroller is right around the corner with new technology, like onboard WiFi, that will likely crush any demand for your 6-month-old wonder (non-WiFi) device.

It’s really no surprise that people only blink an LED, then move on to something else.

How far could you go if you could do software, hardware, mechanical design, the electronics and packaging? You’re an Off-The-Shelf Hacker, right?

Look for Signs You’re on the Right Track

There’s an interesting survey and analysis document put out by Fictiv called the “State of the Hardware Report 2017.” It covers trends in demographics, tools and resources, careers and aspirations/work in the hardware development community across a pool of 340 engineering and design participants.

One thing that stood out to me under “Tools and Resources” was that across manufacturing, R&D, electrical and project engineers, the Arduino ranked as a top electrical prototyping tool.

What I get from this is that professional engineers, at least in this survey, have adopted readily available, fairly standardized, off-the-shelf parts for their proof-of-concept projects. The Arduino is powerful enough that it’s the tool of choice for the initial push. What do you bet that the engineers continue merrily along, after the first pass of blinking the LEDs?

At the end of the report under the “Work” category, the survey found that engineers, across all specialties, also spent most of their time “designing in CAD” (CAD is “computer-aided design.”)

What do you think was next on the list?

The message I got is that being able to coax your design out into a CAD model and then building your prototype are the keys to success as an engineer. I’d say if being able to build a prototype is important to professional engineers, why wouldn’t it be to Off-The-Shelf Hackers, as well.

And, while we’re at it, coming up to speed on CAD (and computer numerical control, or CNC, as mentioned in the report) might be another skill to add to our creative arsenal.

Now, Get to Work

Getting past the blinking the LED hump is a challenge. Not that many people have the ability to do it. It takes commitment and effort. And, as my old director at Lockheed-Martin director, Warren, used to say, “If it were that easy, a fifth grader could do it.”

Rob "drtorq" Reilly is an independent consultant, writer, and speaker specializing in Linux/OSS, physical computing, hardware hacking, the tech media, and the DIY/Maker movement. He provides a variety of engineering, business and special project services to individual clients and companies....
Read more from drtorq
SHARE THIS STORY
RELATED STORIES
What’s the Future of Feature Management? Case Study: How Dell Technologies Is Building a DevRel Team How and Why to Respond to Incidents the Right Way Engineering Leaders: Switch to Wartime Management Now New Book Identifies 26 Lines of Code that Changed the World
TNS owner Insight Partners is an investor in: Shelf.
SHARE THIS STORY
RELATED STORIES
It's No Longer about How You Write Code but How You Operate It Entrepreneurship for Engineers: Painkiller or Vitamin?  eBay: Betting on Open Source Is Great for Your Business What Is a Sociotechnical Knowledge Map and Why You Should Care Snack Stack: If Programming Languages Were Desserts ...
THE NEW STACK UPDATE A newsletter digest of the week’s most important stories & analyses.
The New stack does not sell your information or share it with unaffiliated third parties. By continuing, you agree to our Terms of Use and Privacy Policy.