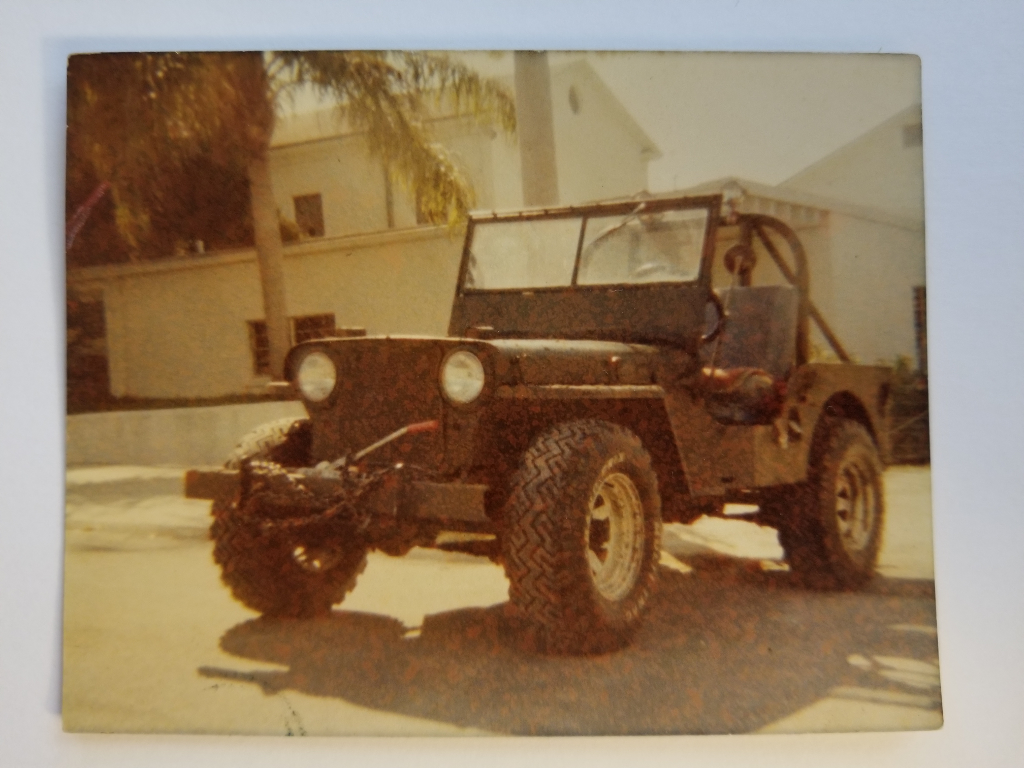 Lots of things have matured over the last few decades. I’ve been fortunate to see several trends grow beyond my wildest childhood dreams.

When I was a teenager, many, many moons ago, hot-rodding became an obsession. When an opportunity to buy a worn-out 1948 Willys Jeep, from an old guy outside of town came along, it wasn’t long before the thing was sitting at my house. After driving it for a while I decided that it needed new rings, so the motor came out and new parts went in. Bigger tires followed, then a transmission rebuild, new seats… oh and a license plate.

Eventually, a moderately modded 406 cubic inch small-block Chevy wound up under the hood. I built the motor with a lumpy cam, four barrel carb, headers, old-style “194” iron heads (with steam holes) and a host of other go-fast goodies. Naturally, the frame had to be boxed in, a heavy-duty Dana 60 rear axle had to be added, ladder bars were mandatory to keep the drive shaft intact and the large 15” x 38” Monster Mudders sounded great at highway speeds.

There was no fuel injection, WiFi telemetry, or microcontroller anything. Nevertheless, the Willys was pretty squirrely off the line and keeping up with (or passing) traffic, was a non-issue.

In my motorhead youth, I also had a 1969 Dodge Coronet, with a 383, that I had to rebuild after spinning a rod bearing. A 1956 Chevy 4-door with a 409 and Muncie 4-speed was another project that I wrenched on before heading off to college.

Off-The-Shelf in the day meant hanging with my long-time friend Gene Cody, at his auto parts store and literally going through boxes, on the shelves, to find a part that would work for one of my projects. Gene seemed to have bypassed the “web page” marketing era completely and went directly to social media. Off-the-shelf, indeed.

That Was Then, This Is Now

The hot rod industry has changed.

Today we have companies like Nelson Racing Engines, supplying engines that can only be described as ridiculous. Its big-block Chevy, inter-cooled, dual turbo 572 produces a staggering 2,500 horsepower with 2,300 lb/ft of torque on a race gas/methanol mix. The engine comes fully tuned and tested for a cool $50,000. Although much of this ridiculousness comes from the turbos and cubic inches, the electronic fuel injection, ignition and engine controls keep everything in sync and from exploding into a million pieces. Needless to say, physical computing lives in these engines, via sensors, actuators, solenoids, pumps and microcontrollers.

Yes… you can buy these things, off-the-shelf. And, be sure to peruse Nelson’s extensive library of videos.

Nelson also sells a bullet-proof, non-turbo 572, that produces 750 horsepower and 720 lb/ft of torque. At $15,500, considering what goes into building an engine, it seems like a bargain to me. Order one today.

Sadly, traditional hot-rodding isn’t top on my list right now. I have two cars, a family, a house, a dog and we all get caught up in the everyday bustle of modern living. On a good note, the faithful-old XR 600, Honda four-stroke dirt bike, which I bought new in 1988, sits patiently out in the garage, just waiting for the day we’ll return to the dunes, wide-open dirt roads and forest trails.

But I’m still able to satisfy a pseudo hot-rod itch, by building projects and writing about the latest physical computing, micro-controller and electro-mechanical gear that you can simply order off the Internet.

Adafruit and Sparkfun have been the hot ticket spots for parts for a long time. Now, we have Alibaba, Amazon and Banggood selling everything from 1/8-watt resistors, to surface-mount system-on-chips (SoC), to a bi-directional SFP+ 10 G fiber optic transceiver, whatever that is.

And, it’s only going to get better.

Looking ahead, 2018 is shaping up to be a stellar year for new ideas, new parts and new projects. The physical computing world is maturing and awesome new gadgets are available for a couple of clicks and a credit card number. Linux dominates physical computing. And, there’s growing interest again in space.