Off-The-Shelf Hacker: Too Much Torque Is Never Enough 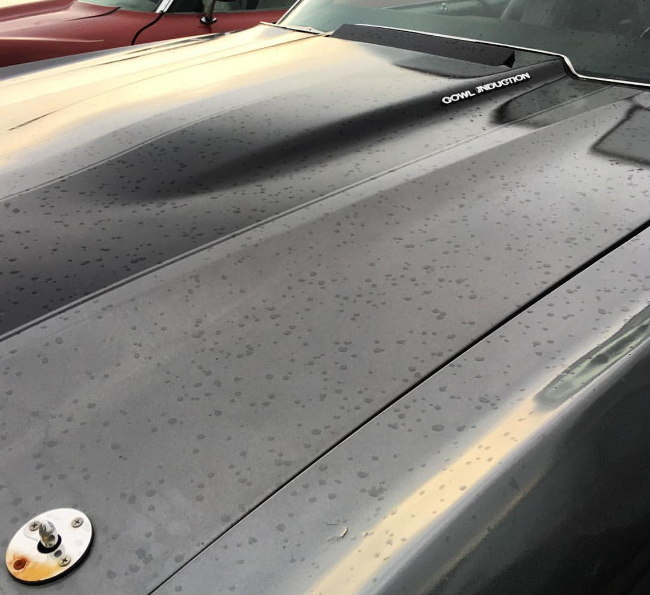 There’s a reason my friends call me “Dr. Torq.”

As an old-school, American V8 hot-rodder, I really dig putting my right foot to the floor and feeling the efforts of my late-night Off-The-Shelf Hacker/mechanic/welder handiwork. Yup, I’m a physical results kind of guy. The more radical, and dare I say, violent, the better.

Google is making tremendous progress with its autonomous vehicles, now under a project called Waymo. The self-driving cars tool around Silicon Valley and Austin, safely navigating everyday traffic without running into things. Leveraging the physical computing stack of microcontrollers, sensors, actuators, motors, networking, programming and so on to safely deliver families, kids and commuters to their destinations is a great and noble cause. It’s awesome technology, clearly with a bright and profitable future. Other tech companies are following suit, with similar ho-hum autonomous cars.

That said, I’ll need considerably more excitement and inspiration in my automotive life of the future.

Not surprisingly, the world of high-performance electric vehicles looks promising and is rapidly converging with Off-The-Shelf physical computing.

Recall, that we’ve discussed DC electric motors and electronic motor controllers (in conjunction with the Arduino) in a few past articles. The difference between those 12-volt projects and high-powered electric vehicles is really just a matter of scale. The electrical, mechanical and computing concepts are all the same.

Imagine taking a 1968 Ford Mustang Fastback, yanking out the V8 and swapping in a pair of 11-inch WARP DC motors, a couple of Zilla motor controllers and a huge pile of lithium batteries.

How does 1,800 ft-lbs of torque and around 800 horsepower grab you? For the electrical engineers out there, the car’s motors pull 2000 amps at 400 volts. That monster is the Zombie 222. Here are a few ride-along clips for your entertainment.

Controlling the speed of the DC motors is through a 5K Ohm potentiometer attached to the motor controllers. The pot is mechanically connected to the gas pedal, in the car.

Putting those kinds of torque numbers through a Strange Pro 9-inch center section rear axle and then into a pair of street slicks, makes for nearly a religious experience.

Mitch Medford, owner of Bloodshed Motors would be happy to build you an electric supercar. You should take a look at Medford’s sales pitch video. He’s quite the character and a pretty funny guy.

Around 6:04 in the video, he talks about developing better cooling systems and even creating a sound for the car. The physical computing stack sure goes off in unexpected directions, doesn’t it?

Readers will be happy to know that with a little research, they can buy off-the-shelf parts, and build their own tire-destroying electric ride.

The most current motor controller I could find was the Evnetics Shiva. This baby can throttle 3,000 amps continuously at 425 volts. That’s 1.2 Megawatts or around 1,600 horsepower. Of course, it REQUIRES liquid cooling and is pretty pricey at around $11,000 per controller. Controller characteristics are easily configured using any web browser over an Ethernet connection.

Likewise, EVWest also has the 11-inch DC motors. There’s even a 2-speed Powerglide transmission option. The dual motor setup is around $7,700.

As a comparison, a fully assembled and tested Nelson Racing Engine 572 cu. in. Hot Rod series crate motor delivers 750 HP and 720 ft-lbs of torque at a fairly reasonable $15,500. You can count on it being bulletproof. For a bit of insane over-the-top, turbocharged inspiration be sure to watch the crazy videos on the Nelson site.

Even world famous top-fuel “Big Daddy” Don Garlits is onboard with electric performance cars. He’s using six GE motors, Manzanita motor controllers and 1,200 cells in the quest for 200 MPH on batteries. As you’d expect he’s a little further along than others working with 1.5 megawatts of power (2000 HP) and at the 3,600 amp level. If Garlits is doing it, chances are that it’s absolutely cool and bleeding edge.

The physical computing stack makes things happen in the real world. Whether moving a robot arm or spinning the tires on an off-the-charts electric drag race car, the engineering concepts are the same.

Might as well go big, because too much torque is never enough.

Rob "drtorq" Reilly is an independent consultant, writer, and speaker specializing in Linux/OSS, physical computing, hardware hacking, the tech media, and the DIY/Maker movement. He provides a variety of engineering, business and special project services to individual clients and companies....
Read more from drtorq
SHARE THIS STORY
RELATED STORIES
The Graph of Life in a Post-Relational World Slack: How Smart Companies Make the Most of Their Internships Building an Internal Developer Platform Isn't Just about Tools Devs and Ops: Can This Marriage Be Saved? Hacks to Help Open Source Leadership Support Inclusion
TNS owner Insight Partners is an investor in: Shelf, Torq.
SHARE THIS STORY
RELATED STORIES
Kathleen Booth, Creator of the First Assembly Language It's No Longer about How You Write Code but How You Operate It Engineering Leaders: Switch to Wartime Management Now There Is No Shame in Customer-Reported Incidents Slack: How Smart Companies Make the Most of Their Internships
THE NEW STACK UPDATE A newsletter digest of the week’s most important stories & analyses.
The New stack does not sell your information or share it with unaffiliated third parties. By continuing, you agree to our Terms of Use and Privacy Policy.