Off-The-Shelf Hacker: The Past and Future of Hardware Hacking 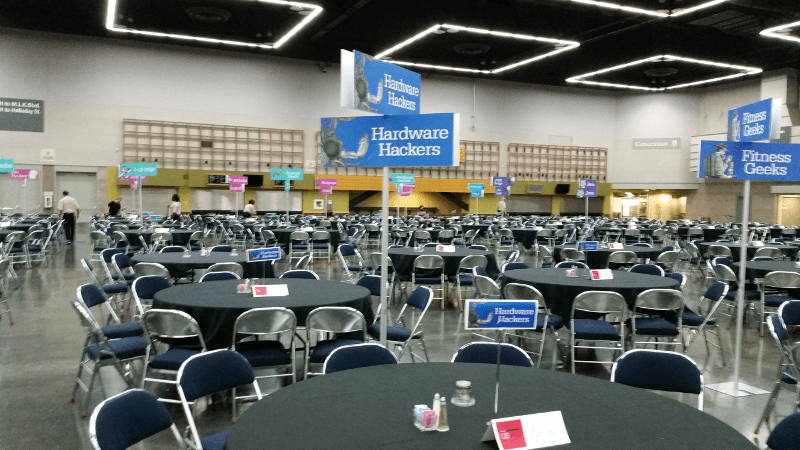 ‘Tis an excellent time to be an Off-The-Shelf Hacker.

I get to work on the latest electronic and mechanical gadgets. ESP8266’s, Arduinos and Raspberry Pi’s cover my desk and inhabit much of my consciousness. I also like to balance all that hands-on activity with reflection and analysis of what came before. No sense in recreating the wheel, as it were. It’s important to study history, even in hacking and tech.

So today, we’ll take a look at some cutting-edge futuristic hardware hacking projects and contrast them with some just-as-interesting hacks from days gone by.

Everybody loves drones, and there is a ton of controversy surrounding licensing, regulation and how to prevent the airspace above your head from becoming a three-dimensional no man’s land. None of that is seemingly any concern for the latest generation of extreme drone builders.

I had heard about this new sport over the last couple of months and didn’t realize how advanced the teams had become. Check out this “The Insane, 80 MPH Drone Racing League Launches With Wrecks Aplenty” video. One pilot in the video said that they take about 100 drones to an event and have a “drone technician” keep them all running. That’s crazy Formula One racing talk. Sadly, I think the league is rapidly flying away from our DIY/Maker/Hacker model. Nevertheless, the drones and level of competition are impressive.

A little closer to the hacker home is this video: “Watch This Ridiculously Fast Quadcopter Zip Into The Stratosphere In Half A Second”.

So how do they build these extreme World record-level drones? Check out this deep-tech “Fastest drone with world record rate of climb” article on the nuts and bolts of one of these monsters.

As an Off-The-Shelf Hacker, I’m particularly interested in their electronic speed controllers (ESC) and high-performance motors. During testing, at one point in the video, the drone consumes upwards of 2,200 Watts of power. That’s a lot of juice and a huge number for this type of application. I’m surprised that they didn’t show batteries exploding and catching on fire.

Imagine what you could do with that kind of power using an Arduino or Raspberry Pi as a brain? Off-The-Shelf transformers and high-speed automated devices are two examples that come to mind.

And, let’s not forget the psycho-destruction crowd, with this article about a killer flying chainsaw drone.

While extreme and killer drones are cool and all, I’ve run across quite a few historical stories about tech lately, that I think you’ll enjoy.

Time moves on and after a generation or two, we humans seem to want to capture all the “good times” and “good old days” before there isn’t anybody around who actually was there when those good times happened. Early tech from the 40’s, 50’s and 60’s is especially popular, these days.

Tech history is important too because it gives context and inspiration to help us design our new projects. We marvel at the tenacity and ingenuity of “old-school” hackers and realize that our efforts have many of the same development aspects and challenges.

“This Day In Tech History” is a site that showcases historic hacks and innovations. Make sure to click on the older posts links at the bottom.

Over the years, I’ve met a few Bell Labs people. Interesting characters, for sure. And they did invent a bunch of technology that has drastically improved the human condition in many ways. Want a little more background, take a look at this “How Bell Labs Invented The World We Live In Today” article.

Steve Blank and Paul Graham are venture capital guys from the Bay Area. Their insights and stories chronicle the story of Silicon Valley, from the early days and before.

Also, be sure to check out Low-Tech Magazine. This monthly updated site has some of the coolest old tech you’ve ever seen.

For example, on the front page right now are hydraulic accumulators. A hydraulic accumulator provided a steady high pressure (about 700 psi) for water power systems of the late 19th century. It consists of a huge weight pushing down on a piston that is, in turn, hooked to water motors used to power mills and other machinery. Although they were popular in Europe and to some extent in the United States, with a few examples still use into the 1970’s, electric motors eventually spelled doom for this remarkable technology.

There are a ton of other inventions, technology, and hacks on the LowTechMagazine site. I like it because it gives me ideas for new projects, especially along the Victorian Steampunk theme. Back in the day, low-tech was the current state of the art.

Rob "drtorq" Reilly is an independent consultant, writer, and speaker specializing in Linux/OSS, physical computing, hardware hacking, the tech media, and the DIY/Maker movement. He provides a variety of engineering, business and special project services to individual clients and companies....
Read more from drtorq
SHARE THIS STORY
RELATED STORIES
Case Study: How Dell Technologies Is Building a DevRel Team Kathleen Booth, Creator of the First Assembly Language What Is a Sociotechnical Knowledge Map and Why You Should Care Tackling 3 Misconceptions to Mitigate Employee Burnout Fear and Layoffs: How to Cope with Tech’s Uncertain Times
TNS owner Insight Partners is an investor in: Shelf.
SHARE THIS STORY
RELATED STORIES
WebTV in 2022? Vintage Tech Enthusiast Shows How on YouTube New Book Identifies 26 Lines of Code that Changed the World Low-Code Tools Improve Devs' Work-Life Balance, Survey Finds Building an Internal Developer Platform Isn't Just about Tools What Is a Sociotechnical Knowledge Map and Why You Should Care
THE NEW STACK UPDATE A newsletter digest of the week’s most important stories & analyses.
The New stack does not sell your information or share it with unaffiliated third parties. By continuing, you agree to our Terms of Use and Privacy Policy.