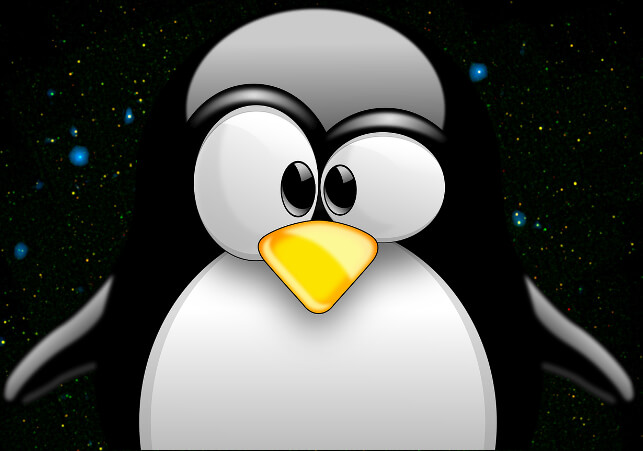 I do almost everything on Linux.

Am I a Microsoft hater? Nope. The company has built a profitable business, employing thousands of people and make millions of computers productively serve users every day. MS-DOS and Windows were the only game in PC Town, for a long time. But Windows simply doesn’t fit my needs.

The Macs are fun. My daughter has a MacBook Pro that’s fast and easy to use. There’s a beautiful screen, a nice case and did I mention it’s fast? It takes fast money to own one, though. My daughter’s ran $2,100  a couple of years ago.

At one point I briefly tried Minix on that old relic. I was already prepared for that small Unix distro, originally designed by Andrew Tanenbaum for his students. When Torvalds was creating Linux, he and Tanenbaum (now famously) got into it over OS design. Years before, I was introduced to Unix, the architecture Torvalds based Linux on, when I was at Purdue, in 1981.

So you might say, Linux and I are “seasoned,” at least in tech terms anyway. But things are way different today than in the good old days.

Before Linux, There Was Unix

All the ancient, mystical Unix lore is true.

At Purdue, woe to the hapless newbie user who had to ask the unshaven, grumpy grad student guru, manning the Electrical Engineering or Ag building’s terminal room at 3 AM, for any kind of help. There were usually several dozen terminals, crammed into some sub-basement in one of those gigantic brick monuments to higher learning. The rooms were always dimly lit, save for the reassuring green glow of the CRT screens. Unix ran on powerful, “big iron” mainframes and you could almost physically feel the power as you typed at the command line.

Even today, new Linux users are routinely spooked by the mystery of the terminal and the labyrinth of commands, file names and system processes.

In the early 90’s, as a manufacturing engineer, I managed a few Sun “pizza box” machines supporting the tool design group. The Suns ran a version of Unix, were networked with coaxial cables and had internal SCSI hard drives. System administration was straightforward with Unix and network access, allowing easily automated backups and maintenance jobs with scripts and cron.

Who has any notion of those things on a current Raspberry Pi, CHIP or Pine64 board? Are you leveraging those capabilities in your projects? It’s something to ponder as Linux absolutely invades the single-board computer (SBC) market. Enormous untapped resources are just waiting for ambitious individuals to unleash the power of Linux on a 2″ x 3″ board.

A recent reader comment sums it all up, “Linux…boldly going where Windows cannot.”

Some years after the Sun gear, I had the great fortune to be around a few Bell Labs transplants while I worked in the AT&T billing group.

The stories you’ve heard about Bell Labs people? All true. They were notorious tech monsters. Real-life super developers, very focused and always interesting to hang out with for a cold one. Even the business types, like my friend Ray, was an absolute whiz at corralling the Unix and programming experts and keeping them safe from the outside world.

Unix definitely pulled bright, motivated people, of all stripes, together.

That Was Then, This Is Now

Unix unceremoniously passed the baton to Linux years ago. Looking back, I don’t see much difference between Unix and Linux system-wise or as a mindset.

But hardware is certainly a bit different today. Is it?

Just tap a credit card number into a website and a CHIP will magically appear in your mailbox. Heck, you don’t even need to be a Ph.D. candidate to use the darned thing.

Have you been to a Linux conference lately? Be ready, because they’re overflowing with extremely bright, motivated people with a passion for hacking and getting the job done.

Same thing with Linux User Groups. Start showing up and get to know people. You’ll be astonished at the depth and diversity of their knowledge. Be aware, you’ll likely still find a few unshaven, grumpy gurus who come off as blunt and confrontational. Roll with it, build a genuine relationship, have a cold one after a meeting and learn from the best.

Earlier this month, I wrote a story on a $9 Linux computer. This week I’m back on my workhorse 7-year old, 64-bit ASUS notebook, with an aging version of Xubuntu.

Where’s my walker and prune juice?

Rob "drtorq" Reilly is an independent consultant, writer, and speaker specializing in Linux/OSS, physical computing, hardware hacking, the tech media, and the DIY/Maker movement. He provides a variety of engineering, business and special project services to individual clients and companies....
Read more from drtorq
SHARE THIS STORY
RELATED STORIES
Improve your TypeScript Skills with Type Challenges Copilot Lawyers Checking Claims against Other AI Companies How Web Tech Got This Way and How It May Evolve in the Future Lighting a Bonfire Under Social Media: Devs and ActivityPub Chronosphere Nudges Observability Standards Toward Maturity
TNS owner Insight Partners is an investor in: Real.
SHARE THIS STORY
RELATED STORIES
How Do We Protect the Software Supply Chain? Entrepreneurship for Engineers: Painkiller or Vitamin?  Improve your TypeScript Skills with Type Challenges An Introduction to Apache Parquet Rust and the OS, the Web, Database and Other Languages
THE NEW STACK UPDATE A newsletter digest of the week’s most important stories & analyses.
The New stack does not sell your information or share it with unaffiliated third parties. By continuing, you agree to our Terms of Use and Privacy Policy.