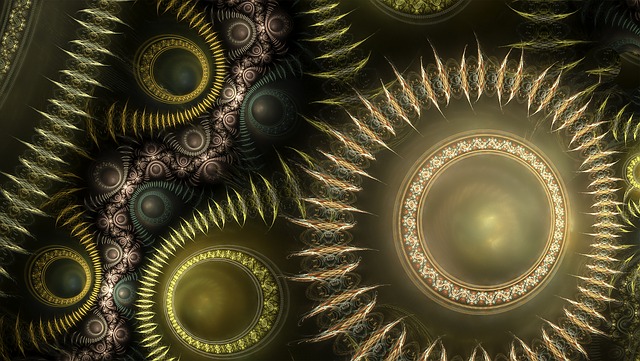 Everybody recognizes steampunk, though they may not be able to define the term.

Most people have also heard of STEM, “science, technology, engineering and math.” You may as well add “art” into the acronym, too.

Those concepts are the story of my life. I grew up in the space, PC and Internet ages. I read “2001: A Space Odyssey,” when it came out and stood in awe, in my backyard, watching the Gemini and Apollo launches. Dad was an engineer on the Sprint missile program. Is it any wonder I ended up at Purdue?

I’m also a steampunker. We dream, create, build, hack and mod things. We care about craftsmanship and quality. We embrace freedom of expression and spirit, which in my mind defines the “punk” part. Our clan attracts off-beat, eccentric, opinionated doers. That’s all good and is definitely a badge of honor. We’re also civilized and respectful, with appropriate decorum and style. Most steampunkers openly share their knowledge and welcome newbies. Socializing is critically important, too.

Where do you go for inspiration and more info on steampunk? That’s the topic of today’s column.

Your first steampunk stop absolutely should be Google. Punch in “steampunk” and select “images.” There are thousands of great pictures of gadgets, projects, people, fashion and events. I frequently page through Google steampunk images to see what other inventors are building. Narrow the search with keywords, like “projects,” “microcontroller,” “Arduino” and so on.

Another place to peruse is Instructables. Here’s a steampunk Raspberry Pi laptop I thought was interesting. You might also investigate the Raspbmc Mediabox. Based on a Raspberry Pi, it has a large display on the front and is remote controlled.

You might notice while searching through the listings, that there aren’t many Arduino or ESP8266 steampunk projects. That’s actually a good thing. Keep in mind that application of Arduinos and ESP8266-type modules are still in their infancy when you really think about it. That’s for solid practical real-world devices. Things that aren’t just a little box that just blinks an LED.

I always encourage people to integrate Arduinos, ESP8266’s, the Raspberry Pi or a Pixy camera into some kind of an interesting project that actually has a practical purpose. Steampunk is a great medium to help you explore as-yet undiscovered physical computing applications.

It’s good to see a couple of commercial operations, to help you get your steampunk mojo going, as well. Two big-name players have built their businesses around the steampunk life:

One company to follow is Donovan Design. Known as “The Art of Steampunk,” with a book of the same name, Art Donovan is a well-known designer, writer and curator, based in New York. His company, Donovan Design, specializes in custom lighting for architects and interior designers. Many of his designs have a strong steampunk aesthetic. His book showcases a selection of the top steampunk artists from around the world.

The other is ModVic.  is the curator of ModVic, a design studio curated by Bruce Rosenbaum that specializes in re-purposing antiques and recycled objects into functional commercial and residential items, with a strong steampunk theme. The Wall Street Journal named him “the Steampunk Guru” and he’s been featured in major newspapers, on TV and at industry conferences. Rosenbaum and his wife, Melanie Rosenbaum, recently moved into an old Gothic-styled church, in western Massachusetts, from the 1870’s and are turning it into a new design studio and workshop.

ModVic has fielded quite a few unique gadgets and projects.

One of my favorites is turning an old 1,000 lb band-saw into a slick Steampunk desk and conference table for an attorney, in Boston. Another time, Rosenbaum built an animated Steampunk whale for a museum.

Recently, he unveiled the Hendrick’s Gin Grand Garnisher. This monster kinetic sculpture took four months to build, features a host of steampunk mechanisms and accouterments and can slice up to 18 cucumbers an hour. The promotional machine has appeared in majors cities of the Northeast and other parts of the U.S.

Don’t Be Scared of the Future

I enjoy the steampunk aesthetic because it’s fun and unleashes my creativity.

And, I’m at it again. You may remember my story about the JeVois neural network camera, a while back. The camera kit showed up in the mail today.

I’ve already sectioned the top of a plastic Halloween skull, so I can start putting physical computing parts inside. The JeVois camera will make a fine intelligent eyeball for face and color blob recognition, while a Raspberry Pi will make a great “brain.” I’ll probably also install an ESP8266, with an external antenna mounted outside. Shouldn’t be too hard to make the jaw move with a servo and Arduino.

Do you think a steampunk skull ought to attract attention at my tech talks and appearances?

Rob "drtorq" Reilly is an independent consultant, writer, and speaker specializing in Linux/OSS, physical computing, hardware hacking, the tech media, and the DIY/Maker movement. He provides a variety of engineering, business and special project services to individual clients and companies....
Read more from drtorq
Share this story
RELATED STORIES
Snack Stack: Detroit’s Best Dishes (Part 1) How Idit Levine’s Athletic Past Fueled Solo.io‘s Startup How Is Platform Engineering Different from DevOps and SRE? A Technical Guide to Burning Down a Troll Farm How Can Open Source Sustain Itself without Creating Burnout?
Share this story
RELATED STORIES
DevOps Is Dead. Embrace Platform Engineering Platform Engineering Is DevOps Evolved, New Report Shows How to Bridge the Developer-Designer Gap How Can Open Source Sustain Itself without Creating Burnout? Burning Man Returns with a Quest for Sustainability, Meaning
THE NEW STACK UPDATE A newsletter digest of the week’s most important stories & analyses.
We don't sell or share your email. By continuing, you agree to our Terms of Use and Privacy Policy.
TNS owner Insight Partners is an investor in: Real.