Off-The-Shelf Hacker: ‘Tis The Season to Be Hacking 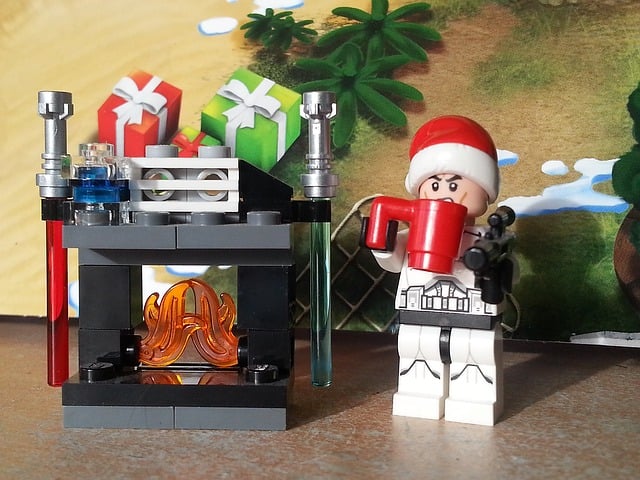 Ah yes, the Christmas season is upon us. I love this time of year with all the lights, happy faces and good cheer. It’s nice to re-connect with friends and family while sharing optimism for the future.

Retailers are in full swing, bombarding my mailboxes with great deals and slick discounts. While lots of people are crazy for latest iPhone (or Galaxy), big screen or even a new car, my requests are generally quite modest. I focus on more utilitarian and some might say “unconventional” items. The Dr. Torq moniker and writing the “Off-The-Shelf Hacker” column are not-so-obvious hints to the types of things my secret Santa will find on my list.

For example, a few years ago, my eldest daughter got me a couple of Digispark boards, costing about $8 each. These little marvels were billed as simple, light-weight, almost disposable microcontrollers. I used them to make some tri-color yard lights. They’re programmed with the Arduino IDE and plug right into a USB port. As you’d expect, capabilities are pretty limited, although they seemed reliable and robust. It’s a great little device for simple projects.

More recently, I was delighted to find a Raspberry Pi 3 and 3.5-inch color TFT touchscreen LCD under the tree. The parts quickly found their way into the latest-generation conference badge. The Pi and display came from Adafruit. If you run the display with the Pi, make sure to use the custom image provided by Adafruit. Also, be very careful when attempting to upgrade to new versions, because there’s no end of challenges afterward. I can live with it because that badge is pretty much set for the long haul, using its custom version of Raspbian.

By-the-way, the latest “Stretch” version of Raspbian is significantly faster than older versions, when you use it on a non 3.5-inch LCD display installations. I couldn’t believe the noticeably faster performance of Stretch when I moved the badge’s Pi 3 over to the Robot Skull. I simply swapped nano-SD cards with an older Pi 2, to make the badge operational again. The Pi 2 is certainly fast enough for that job. Now, guvcview works great, along with the JeVois camera and even LibreOffice Impress, all at once, on the skull.

What kinds of things now grab my interest?

As I ponder future hacking stories, new hardware, sensors and devices are always on my mind. Staying up on the latest gadgets and gizmos is a never-ending quest. Certainly, the “off-the-shelf” movement has hit critical mass. It’s an exciting time to be a physical computing hacker.

The new crop of Raspberry Pi clones is crazy.

Lately, just about all of them have onboard WiFi and Bluetooth, as well as quad-core processors, external antenna connectors and ever-shrinking form factors. Some sport USB 3.0 ports and onboard microphones. The late-model USB is important because smart sensors like the JeVois machine vision device require around 800 mA at 5 volts. USB 3.0 can generally supply that amount of power, through a single cable. Also, building an Alexa device using a Pi clone would be easier with an onboard microphone, without having to resort to the loss of a USB port and expense of an external audio input part.

Lowkeytech.com has a nice, current run-down on the latest Raspberry Pi 3 alternatives.

Just recently, the Pocket Beagle showed up on my radar. It’s a miniaturized version of the BeagleBone Black and is roughly the size of a couple of 50-cent pieces.

I haven’t snagged one yet, although it looks like a nice piece of gear.

Of course, reducing the footprint of the Beaglebone means that there aren’t any standard USB or Ethernet ports. WiFi and Bluetooth will require adapters or capes, as well.

All that’s OK, because the Bone series is geared for robotics and projects that need high-performance computing capabilities coupled with a lot of inputs and outputs. Robots typically communicate between onboard systems using I2C, SPI or other hardware-type interfaces, anyway. You’d probably also connect the Bone to an additional Raspberry Pi, that would handle user interfaces and outside-World communication duties. Using hardware interfaces for multi-device projects is gradually becoming mainstream in the DIY/off-the-shelf world, as more people become comfortable with the tech.

So, there are a few ideas for geek gifts this season. There’s still time to get your orders going.

I also wanted to mention the passing of Linux Journal into that great web server in the sky. They recently ceased operations, sadly like so many others in the tech publishing business.

They were the gold standard for Linux articles, news and happenings since 1994. I was honored to get a few of my feature stories published both on the website and in the print magazine. The thrill of walking into a Barnes and Noble and seeing my story mentioned on the front of a top-notch magazine was quite exciting. They were a great bunch to work with and always treated me well.

I’m sure all the Linux Journal talent will find new opportunities. I wish them all the best.