Off-The-Shelf Hacker: A Look at the Neutis N5 Microcontroller 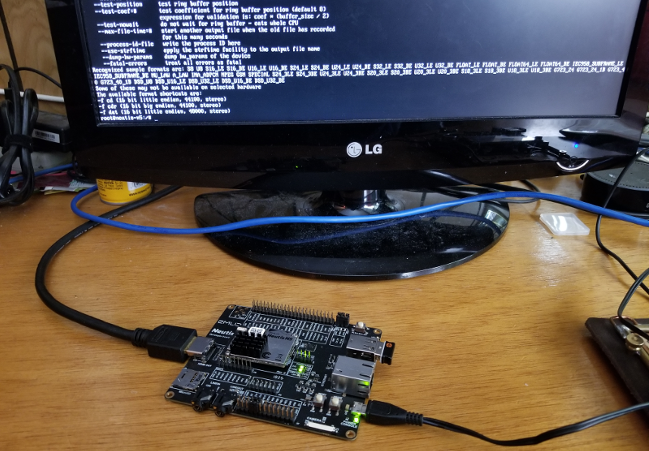 As a speaker, futurist and columnist, my job is to seek out new technology and introduce it to audiences so they might leverage it in their projects. I usually do this by building and writing about my pet projects. Other times I’ll get my hands on new gadgets and simply plug them in and take a first look.

Such is the case with this week’s column about the Neutis N5 microcontroller.

Currently, I don’t build commercial products and typically focus on one-off prototypes. The Arduino-like and Linux-based devices like the Raspberry Pi satisfy my physical computing needs. They’ve been very reliable and robust. I’ve used both platforms in front of audiences when the device simply MUST power up and work for a presentation. You can absolutely build some extremely sophisticated projects with these platforms although they are not generally considered “commercial” or “production” mainstream.

The Neutis N5 is a window into the commercial world. Emlid, the company behind the board, was kind enough to send me a development kit to explore. The module was designed to be integrated into products.

The Intel Edison computer-on-a-module was set to revolutionize the Internet of Things (IoT) world. The Edison was designed as a component of other products. It had a dual-core Atom processor running at 500 MHz and an additional 32-bit Quark microcontroller running at 100 MHz. The additional processor offloaded management of the peripherals and the GPIO pins under a real-time operating system, independent of Yocto on the Atom. The Quark was connected internally to the Atom for sending data back and forth. There were also a variety of common microcontroller interfaces including serial, I2C, SPI and so on. The board had 2GB of RAM, WiFi and Bluetooth.

The second processor on the Edison served a similar purpose to the real-time processing units (RPUs) on the BeagleBone. It is like having an Arduino on the same module with a Raspberry Pi.

A huge difference between the BeagleBone, Raspberry Pi and the Edison is the packaging. The Edison uses a pair of inline connectors to mount it in a project. Sockets that match the Edison connectors are used when designing your product’s circuit board. The Edison wasn’t breadboard-friendly and there were no jumper wires like the other boards. It was made to be embedded in commercial products.

Sadly, the Edison was discontinued in 2017. As you might expect, lots of people were pretty upset.

Emlid, a company based in Saint Petersburg, Russia used the Edison in its line of precision GPS receivers. Obviously, after Intel discontinued production, it had to scramble to find an alternative.

The company’s solution was to develop its own computer-on-a-module, called the Neutis N5. 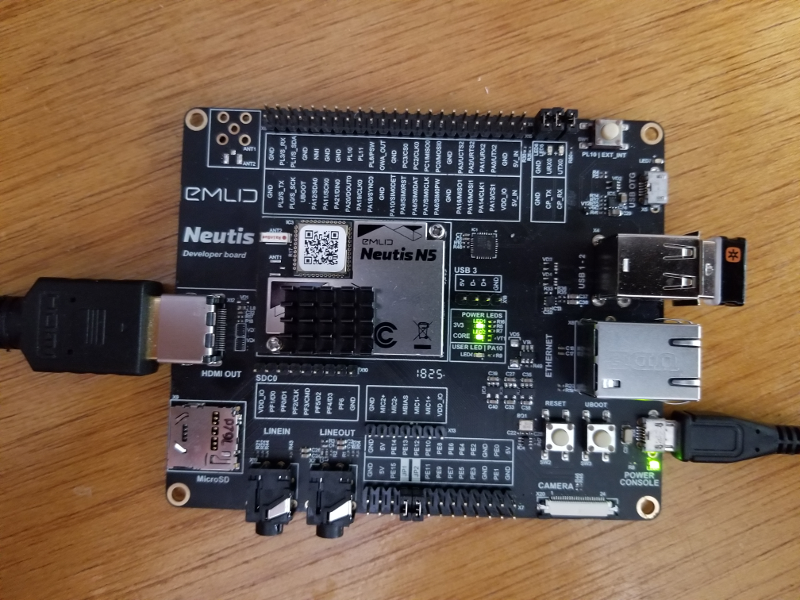 The Neutis N5 mounted on the developer breakout board

The Neutis module is a quad-core, 64-bit ARM Cortex A53 processor running at up to 1.3GHz, with 512MB of RAM, 8 GB of onboard storage, WiFi, Bluetooth and HDMI capability. The device also has 60 general-purpose input/output (GPIO) pins, five UART (serial) lines, two I2C lines, two PWM lines, microphone input/output ports, a camera-in port along with various other interfaces. I haven’t noted an additional processor, like the Quark in the Edison, so will have to dig into that aspect a bit more. Maybe that isn’t needed in the Neutis.

Much like the Edison, the Neutis uses a pair of connectors that mate to matching sockets on a breakout board or a commercial circuit board.

Emlid uses the Neutis in their GPS receivers which have one-centimeter accuracy. That’s pretty sharp. Check out this video about their product line devices:

It made sense to put the Neutis module out there for other people to buy and integrate into their own products.

Plug in and Power up

I received the standard developer kit with the Neutis computer-on-module mounted on a 4″ x 6″ breakout board. The package also contained a couple of USB cables, a handful of jumpers and a ribbon-cabled camera module.

Following the “quick start” guide I hooked the breakout board up to my Linux notebook and proceeded to burn the latest firmware as per the directions. I didn’t think to simply plug the module into an HDMI monitor and see if it would book, before burning the firmware.

Regardless, after following the startup directions I unhooked from the notebook and moved over to the HDMI monitor. A regular 5-volt, 2.0 amp Samsung phone charger seemed to work fine for powering the Neutis. I also plugged in the trusty Logitech wireless keyboard/mousepad.

The board booted normally and I was greeted with the normal command line login. I typed in “root” and hit enter to get to the command line prompt. No password was necessary.

Wired Ethernet worked when I plugged in a cable and I was able to remotely ssh into the Neutis without issue. The quick start guide outlined connecting via wireless and I used it to connect to my access point, without any problems.

I checked the space available on the 8GB of onboard storage. Linux and any associated software took up about 420MB and there was 6.1GB still left for other uses.

Python also worked out of the box, which probably would be my first stop at programming an application on the Neutis. The webpage has various basic functionality examples for experimenting with the GPIO pins, audio, camera and so on.

Needless to say, you should be comfortable using the Linux command line and be familiar with regular operation and configuration of a Linux machine, to effectively explore the Neutis.

Thumbs up to the Future

The Neutis is definitely geared for the commercial product developer. Linux and putting the Neutis module on a circuit board are certainly a challenge for hobbyist or beginning off-the-shelf hackers.

Remember though that technology is still moving very quickly and having a commercial compute module that can take in a bunch of data from a handful of interfaces, boil it all down and deliver location data with 1 cm accuracy might be useful in YOUR product someday. Moderately advanced off-the-shelf hackers are using fairly inexpensive circuit board design services to source their own multi-layer boards for products. That has been going on for a couple of years, now.

No matter where you are in your physical computing journey, it’s always good to know what is available off-the-shelf and what might be trending.

I’m looking at how Neutis N5 might add functionally to Hedley, my robotic skull. The breakout board visual could conceivably fit into my steampunk theme. I haven’t considered a commercial version of Hedley yet.

Stay curious, my friends. You never know where these things might go in the off-the-shelf way of life.