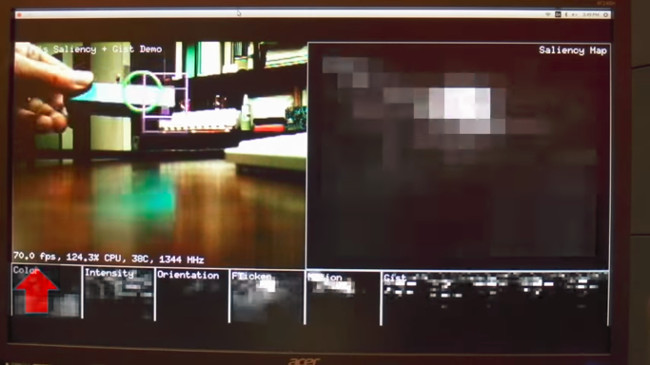 Last week I strolled down memory lane talking about old parts and early hardware scavenging days. Who could have ever imagined that we’d have “old” five or six-year-old microcontrollers collecting dust in our parts bins?

Technology continues to move at breakneck speeds. Firmware-based microcontrollers, like the Arduino, have cloned into miniature WiFi-enabled slivers of printed circuit boards like the ESP8266 and ESP32. Linux-based devices such as the Raspberry Pi model 3 are now quad-core, WiFi equipped, desktop-capable modules that are available for practically a pittance.

My focus, of course, is on off-the-shelf parts that you can buy right now. The way I see it, just about anyone can build practical, relatively inexpensive microcontroller projects, with a little initiative and an open mind.

Here are a couple of recent advances I think will become “old tech” in just the next two or three years. My expert advice is not to let moss grow under your feet, too long. Best to keep moving.

Arduino with an Onboard FPGA

The Arduino bunch recently rolled out their new MKR Vidor 4000 board. The new device combines a microcontroller with a field programmable gate array (FPGA). This gives designers the ability to create hardware logic circuits, as needed for digital signal processing and massive input/output tasks in an easy-to-use package. Although FPGAs have been around for quite a while, they are just now really picking up steam in common hobbyist/hacker usage. Think of them as re-programmable silicon chips, as outlined on the National Instruments, “Introduction To FPGA: Top 5 Benefits” page. Hackster has a nice little write-up and video about the board. You basically build hardware circuits without a breadboard or need for a soldering iron.

Another Arduino related topic is their move into online-based programming. It’s called Arduino Create and lets developers write code, set up their boards and share their work. The Arduino Project Hub page is worth a quick look for new project ideas and seeing what other designers are building. Talk is that collections of pre-configured FPGA logic building blocks and visual programming environment for the Vidor 4000 board will soon be available online, presumably in the Arduino Create system.

We’ve covered the JeVois machine vision sensor module in the past. It’s a self-contained quad-core Linux machine married to a small video camera that uses advanced artificial intelligence (AI) algorithms to process video streams at 120 frames per second. I use one in my robotic skull to track me as I walk around in front of “Hedley’s” field of view.

OpenMV is another machine vision project. Its model uses the MicroPython programming environment to simplify the way developers interact with the sensor. Capabilities include face detection and eye tracking, as well as color blob detection and tracking.

There’s a considerable difference between the JeVois and the OpenMV sensors. The JeVois goes far beyond eye and color blob tracking into object recognition using Darknet and TensorFlow artificial intelligence models. The JeVois can also find vanishing points, for roadway navigation and record “surprise” events over time. Set the camera up to watch your front door and if anything changes, like a person knocking on the door, the camera will record a short video of the event. If there is no change in the scene, the camera just keeps watching without any action.

On the other hand, the OpenMV sensor has three pulse width modulation (PWM) ports so your MicroPython code can directly control servos from the board, similar to how the old CMU Pixy camera worked. Wifi connectivity, an LCD and motor control are incorporated via plug-in shields. There’s a pretty cool interactive developer environment (IDE) available for programming the OpenMV device.

The JeVois and OpenMV modules are pretty slick and other players are certain to join in the fun.

I think it’s fascinating that efforts like the Arduino FPGA board and machine vision sensors are ramping up.

Check out this Vidor board demo doing video decoding and QR code identification, in real time at this past weekend’s Bay Area Maker Faire.

The main takeaway from all this activity is that we are living in an absolutely amazing time in history. Off-the-shelf magic is all around us, is fairly inexpensive and readily accessible. I think the best plan is to stay informed, be constantly learning and try to stay relevant.

Better strap on your crash helmet because collisions with the future are impossibly practical.