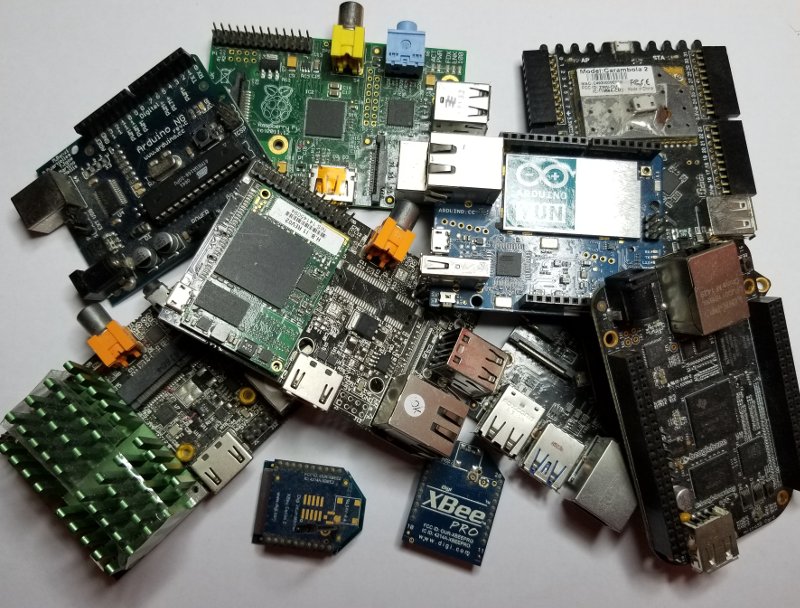 As a ten-year-old, I was fascinated with radios. That certainly explains my Radio Jones for Wi-Fi today. Heathkit was well-known in DIY circles and I remember my Dad bought an FM tube radio kit that we put together over a couple of evenings. What fun. Eventually, at 15 I passed my Novice amateur (ham) radio license tests and was “on-the-air” as WN4WOF.

One pride and joy of every ham is the “junk box,” otherwise known as a parts bin. If you build projects you’ll simply have to have a junk box. The thinking is that you’ll definitely need THAT part one day, so you start collecting.

Fortunately, my junk box never expanded geometrically as a lot of these “habits” seem to do. I marvel at how the composition of the parts has changed over time. Seeing the old parts brings back fond memories of what caused the piece to go into the box in the first place.

In my early hardware hacking days, I lived down the street from a TV repair shop. The repair guy gave me old equipment he was going to throw away. I’d drag the beasts home and pull out parts, then use them in an early “diode radio” or something. I never built the so-called “traditional” crystal radio. Nope. Mine used the latest off-the-shelf part, a germanium diode instead. It worked great since I lived 10 miles out of Philadelphia and there were several strong AM radio stations in the area.

I also spent hours wandering around A&G Electronics, an old-time electronics parts store laid out in rows and rows of resistors, transformers, capacitors, tubes and transistors. Three or four old-salts manned the counter. They didn’t seem to mind me poking around and asking an endless string of beginner engineer questions. One crusty old guy was always chewing on a stubby cigar. That place was great and I spent much of my allowance money there.

It’s hard to find a good physical electronics store these days. Fry’s Electronics in Silicon Valley kind of fits the bill. Here in Orlando, Skycraft has all kinds of parts, although not much in the way of resistors or capacitors. Head to Radio Shack — those still in business — for those things. Skycraft is great for switches, transformers, discrete integrated circuits, connectors, wire and a million and one LEDs. They also stock old test equipment, motors and any kind of specialty nut or bolt that you can imagine.

I still have a few of the parts I collected all those years ago. The best part is that they’ve found their way into some of my steampunk gadgets. See! I told you’d I’d need them in the future.

Today’s junk box is considerably different than way back when. These days there are lots of 1/8 watt resistors, LEDs, tiny electrolytic capacitors and microcontroller boards.

How about this thought?

I’m starting to amass a decent collection of “old” microcontrollers. That’s right, some of the microcontrollers in my junk box are 10 years old. They are practically antiques!

Check out this article about the Basic Stamp and the “new” Arduino on LinuxPlanet from 2008. 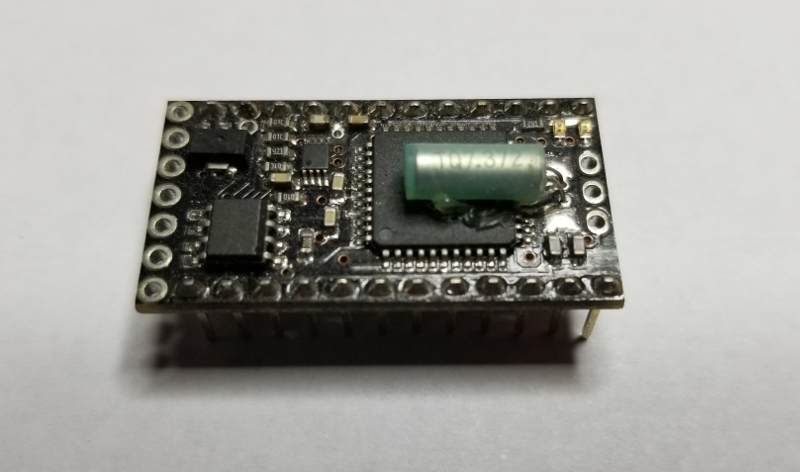 Back then, uploading firmware into the device’s electronically erasable programmable read-only memory (EEPROM) was a revolutionary step for ease of programming. The Arduino took it a step further by layering on a standard programming process, known as the Arduino integrated development environment (IDE). These were the early beginnings of the physical computing stack. You can still buy Basic Stamps although I think you’d be better served with an ultra-modern Arduino Mini.

The Basic Stamp coupled with “Physical Computing” and “Making Things Talk,” by Tom Igoe pretty much launched my interest in microcontrollers. Igoe is a member of the original Arduino team.

What other ancient microcontroller boards are tucked away in my junk box?

There’s the Arduino NG. I think it is interesting that the names of the Arduino team are actually printed on the board near the USB connector. The NG was my first Arduino board. 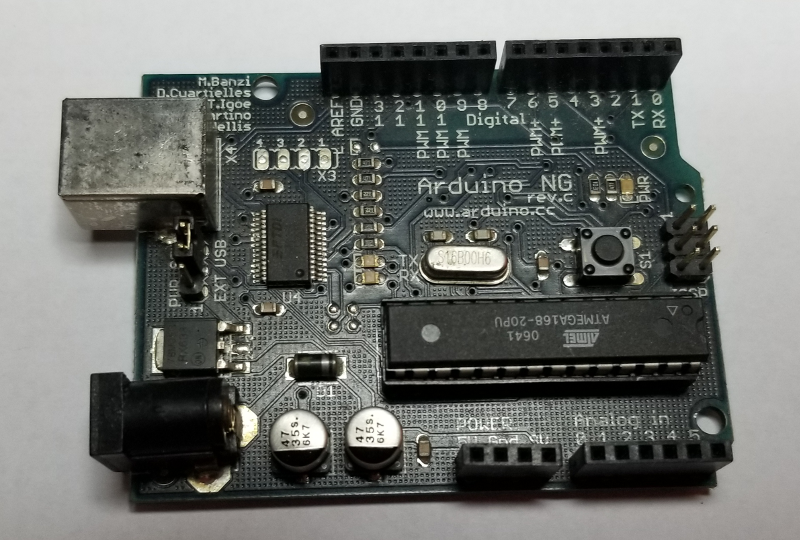 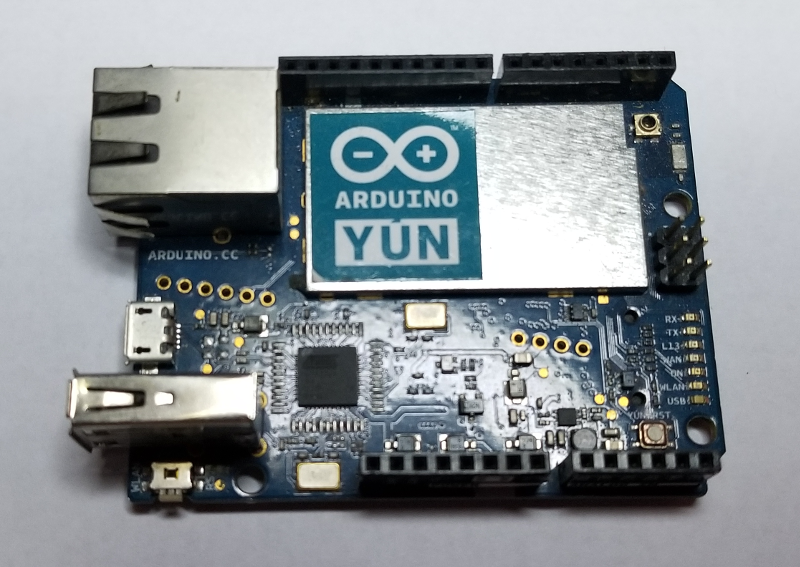 Then there was the venerable Raspberry Pi Model B which appeared in 2012. Notice the 26-pin general-purpose input-output (GPIO) connector. The composite video RCA-style connector, audio socket, RJ-45 Ethernet connector, dual USB ports. What’s up with that standard-sized SD card slot? 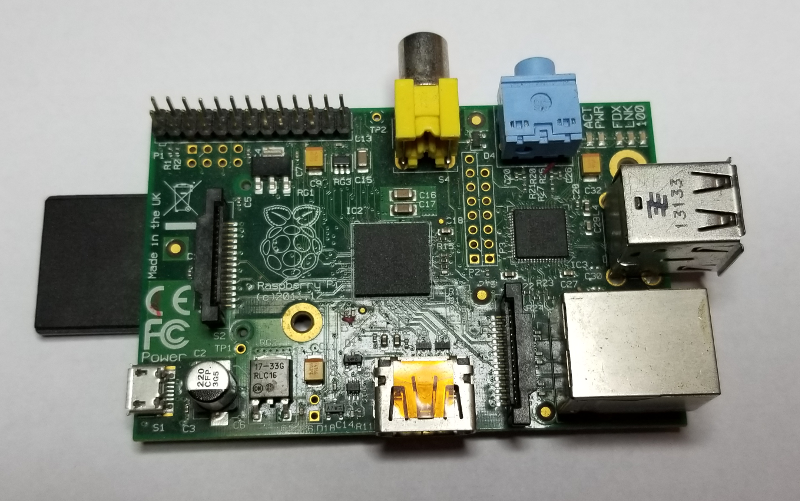 Lastly, there’s the CHIP computer? This board went for $9, had 512 MB of system memory, composite video, Wi-Fi and Bluetooth. One cool thing about the CHIP was that Linux lived in the onboard NAND memory module, unlike the Raspberry Pi and it’s SD card-based Linux setup. 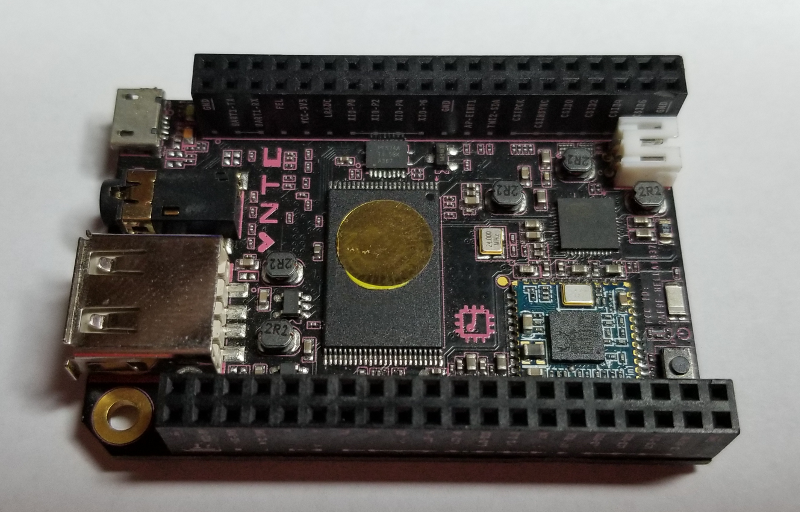 I think we are at a crossroads with microcontrollers.

While the newest Raspberry Pi model 3 B+ has a 1.4GHz quad-core ARM chip, 1GB of RAM, dual-band (2.4 and 5 GHz) Wi-Fi and Gigabit wired Ethernet, I have to wonder where we will go from here. When will we finally get rid of the clunky old SD card operating system media. I think NAND memory, to replace the SD card should be next.

An even bigger question might be, “Where will we use these devices…and for what?”

The tech today was absolutely unimaginable when I started collecting parts and building projects. With a few clicks of the buttons in a browser, you can now order just about anything off-the-shelf, including antique parts.

Ten years from now, what will you say about the “old time” parts in your junk box?

Will you even have one?

Rob "drtorq" Reilly is an independent consultant, writer, and speaker specializing in Linux/OSS, physical computing, hardware hacking, the tech media, and the DIY/Maker movement. He provides a variety of engineering, business and special project services to individual clients and companies....
Read more from drtorq
SHARE THIS STORY
RELATED STORIES
Building an Internal Developer Platform Isn't Just about Tools It's No Longer about How You Write Code but How You Operate It Fear and Layoffs: How to Cope with Tech’s Uncertain Times Low-Code Tools Improve Devs' Work-Life Balance, Survey Finds How and Why to Respond to Incidents the Right Way
TNS owner Insight Partners is an investor in: Shelf.
SHARE THIS STORY
RELATED STORIES
Entrepreneurship for Engineers: Painkiller or Vitamin?  Collaborating with Internal Dev Experience and Tool Teams New Book Identifies 26 Lines of Code that Changed the World What Is a Sociotechnical Knowledge Map and Why You Should Care Devs and Ops: Can This Marriage Be Saved?
THE NEW STACK UPDATE A newsletter digest of the week’s most important stories & analyses.
The New stack does not sell your information or share it with unaffiliated third parties. By continuing, you agree to our Terms of Use and Privacy Policy.