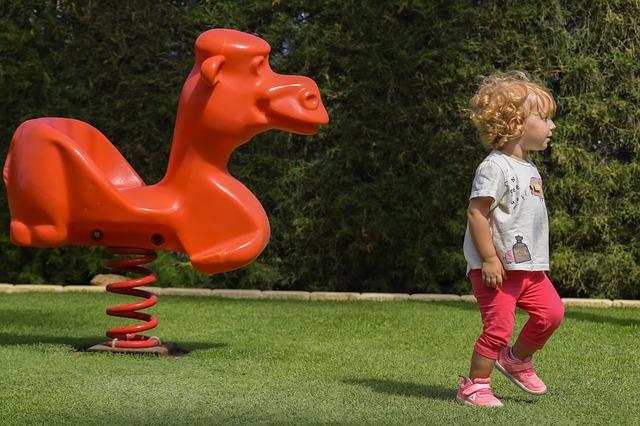 Kamilah, my granddaughter, grabbed my two fingers and pull herself up to her feet. She stood there for a second getting her sea-legs, stabilizing her balance. She then looked directly into my eyes and with a subtle “trust me” expression, made the decision to let go of my fingers. There was a brief moment of untethered triumph before she plopped down on her bottom. She just recently turned seven months old.

To me, that’s simply amazing.

We all know that modern technology is evolving at a feverish pace. Is it? Some say that robots and automation are going to take all the jobs. Maybe. When I see the amazing feats of a tiny baby, enthusiastically discovering the world and learning at an exponential rate, which we typically take for granted, I know the future is going to be incredible.

I’ve been evolving Hedley, my robotic steampunk skull for quite a while. He certainly can’t pull himself up to a standing position by holding onto my fingers. I haven’t given him any legs. Or, a body or hands for that matter. Just to get him to the level of being able to pseudo-see things and utter a few pre-programmed words has cost me hundreds of dollars in parts and a couple hundred hours of my time. 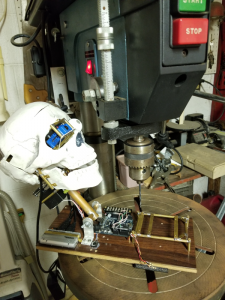 The parts include two servos, a Raspberry Pi 3, a couple of Arduino, the JeVois smart machine vision camera, brass tubing, brass bolts and the usual support flotsam that accompany current off-the-shelf hacker projects. The time was spent fabricating his mechanisms, programming his Arduino, coding voice routines so he can speak a few phrases when I push a button along with endless testing and tweaking.

It’s been fun trying to make Hedley recognize me as I walk around in front of him. The $50 JeVois sensor is state-of-the-art for using artificial intelligence vision modules that you can buy and use right now. Other machine vision sensors are available, including the CMU’s Pixy2 and OpenMV. Intel even has the Movidius Neural Compute Stick, specifically for deploying deep neural networks (DNN) at the edge. The big plus about the JeVois is that the platform is constantly expanding with new capabilities and it has a huge knowledge base that you can apply if you can get your head around all the topics and algorithms. The JeVois platform is quite sophisticated and complex.

Contrast Hedley and his JeVois sensor with my granddaughter. At two months, she could easily distinguish humans from all other objects. She also recognizes a smile and responds in kind. That’s a smile from anybody within her field of view, by-the-way. If you call her name, she’ll turn toward you and smile, too, if she decides to engage. It is obvious to even the most casual observer that she is making decisions now.

Poor Hedley doesn’t know a smile from Sequin our dog. Hedley, part-of-the-time, manages to recognize that our pup is a Maltese, which is correct. Sadly, he can’t consistently do it in a dimly-lit family room at 10 p.m. at night. He frequently can’t do it from across the room, even in great light. Nope, Hedley has a little ways to go to catch up to my granddaughter in her visual recognition skills.

My granddaughter certainly recognizes the dog in any light. And, she smiles real big and tries to grab the dog’s fur when she gets close. The baby has actually been doing that for a couple of months now.

She easily spots Hedley, as well, while sitting with me at my desk. Wouldn’t it be cool if he could smile back? I guess I better get busy. She won’t be a baby forever.

I’d like to think that my granddaughter will turn out to be some great inventor or engineer. Maybe even a fantastically successful entrepreneur.

If she follows the tech path, where will she be with off-the-shelf hacker projects in 20 years?

Artificial Intelligence, neural networks and machine learning are just starting to hit their stride, at least to us early off-the-shelf hackers. No doubt it is revolutionary. Powerful microcontrollers, packaged sensors and awesome physical computing software stacks allow us to do things that were completely unimaginable, just five or ten years ago. It feels like we may seem pretty primitive twenty years from now.

The good thing is that my granddaughter will have nearly unlimited access to the knowledge we struggle to understand today. She will likely grow up with robots or some hybrid combination of physical computing and machine learning something. I think it will likely also be natural and perhaps even mundane, to her.

What tools will Kamilah use in 2040? How will she communicate and interact with other people? Will she ever use a smartphone? Will anybody still practice the off-the-shelf hacker lifestyle?

I can just hear her now: “Gramps, tell me the story of how you built Hedley and all your gadgets again and what it was like back in the early days.”

Catch Dr. Torq’s Off-The-Shelf Hacker column, each Saturday, only on The New Stack!