Off-The-Shelf Hacker: Why Do You Hack? 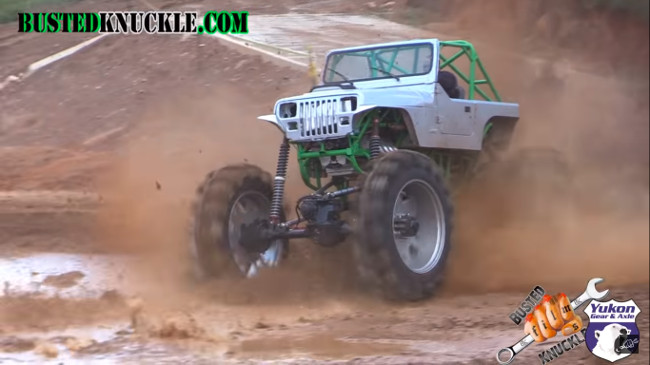 Like most geeks, I was a slightly introverted, self-conscious and socially awkward child. Reading became a satisfying pastime. Working on Heathkit and Erector sets of the late ’60s and early ’70s kept me entertained for hours. Tech was a huge focus back then, usually referred to as the “Space Age.” Radios and robots were certainly also on my radar.

Early on, I realized that taking things apart and turning them into something new helped overcome my insecurities. People thought my projects were “interesting” or “creative.” They sometimes still do. Best of all, the gadgets and designs were a very visible way to accomplish something tangible. It was hands-on and physical. What we call hacking today pushed my ideas out into the real world.

As we speed toward the end of the 20-teens, I think it’s helpful to occasionally reflect on why we hack. Passing on the enthusiasm and encouraging the next generation is important, too. These are the topic of today’s story.

I’ve always been the quintessential geek. Science, math, shop, drafting… Latin, were all part of my educational trajectory. Sadly, the late ’70s fell in that crazy time between the volatile growth of the space age and the industrial-sized changes of integrated circuits and early computing hardware. Tech variety and availability were pretty limited. About the only place to buy new parts was through local Radio Shack stores.

Information was sparse, as well. I had some of the old Forrest Mims books, the ARRL operating manual and so on. There was no internet. There was no web.

Hitting an electronics-centric creativity wall, I turned to hot rodding.

Building four-wheel drives were made to order for a young hands-on geek.

Shortly after buying a broken down 1948 Willys Jeep, I rebuilt the tired flat-head 4-cylinder. I had never taken apart an automotive engine before, much less put one back together. And, let’s just say that my toolbox wasn’t brimming over with ratchets and torque wrenches. Fortunately, my folks encouraged their aspiring engineer and I was able to get the modestly refreshed Willys back on the road.

A year with the wimpy 4-banger convinced me that a switch to V8 power was absolutely essential. As my friend used to say, “go huge or go home” and I did. A modded small-block 406 cubic-inch Chevy mill found it’s way into the engine compartment over about a four-month period. Four-barrel carb, lumpy cam, tricked out heads, bigger pistons, Dana 60 locker, Monster Mudders, cage… it was all there.

It was an absolute beast and so squirrely off the line, I had to add old-school ladder bars to keep the darned thing pointed straight. Of course, it was street legal. I bought and broke a lot of parts. A year of auto mechanics and a year of welding, both at night, helped considerably with my hot rodding projects.

Who’s ever heard of a “business analyst” hacker? There aren’t any.

Welding frames together, changing axles, and modding engines was just as natural as anything. Gear heads are geeks too, just in a mechanical sort of way.

Again, people enjoyed seeing what I’d build and always wanted to go for a ride. I’d drive the Jeep to work during the week, then spin wildly through the mud holes and woods on the weekends. I learned a lot about mechanics, physics and fabrication with that Willys and the other cars I built. Logistics, costs and sustainability were challenging.

After a few years of hot rodding, the industry seemed to be changing. “Computerization” was on the horizon. I was fortunate enough to get into an engineering program at Purdue. Again with the math, science, physics, machine design… and philosophy. Universities are a great place for detours and learning. The Jeep made one cross country trip up and back to Purdue (from Central Florida) before we eventually parted ways. It was a one-off on campus, that’s for sure.

My degree paved the way for a manufacturing engineering job at a major defense contractor. Now I was responsible for the computer-aided design (CAD) systems that the tool designers used to get the machining fixtures out of their heads and onto blueprints. Unix, information technology and system integration became my focus. I wrangled PCs, set up networks and sent data from here to there.

Getting married, starting a family, buying a house, moving into information technology jobs and so on curbed my hacking tendencies for a long time. Let’s face it, altering the traditional old desktop PC resulted in a “case mod” and not much more. And, who’s ever heard of a “business analyst” hacker? There aren’t any.

The Great Circle of Hacking

Then, the Basic Stamp microcontroller hit the market. Suddenly, building electronics projects was back in vogue and picking up steam. The Arduino, Raspberry Pi and an absolutely infinite variety of DIY components soon followed. 3D printers, Linux and surface-mount components on custom-ordered printed circuit boards became the norm.

Everything became off-the-shelf too, by-the-way.

The advent of the internet offered unprecedented access to information. You could not only find information on how to use an arcane Linux command-line tool, but you could also download Linux and install it on your Raspberry Pi, BeagleBone Black or 10-year old ASUS notebook.

We can order parts from China, with a credit card, from our cell phone and they’ll show up on our doorstep in a week or two. Things are way different now.

One downside of all this technological advancement is that I can’t work on my four-year-old car anymore. Although interesting, I don’t want to spend time learning about the complicated computerized systems, especially if I have no intention of hot rodding the thing. Not that I don’t understand it, mind you. Nope, I just want to jump in and have the car start up when I turn the key. Oh, and the A/C has to work.

The Golden Age (Beginning?) of Hacking

The glory days have NOT passed me by.

You know about my most recent antics and projects from this Off-The-Shelf Hacker column. I’m as geeky and enthusiastic as ever. Electronics, wearables, IoT, steampunk, hot rodding. You name it, I still dig it.

Check out Nelson Racing Engines latest 1100 horsepower pump-gas turbo 6.2-liter motor. Nelson makes his own turbos, intakes and other parts. This engine is mid-sized, in his product line. They get much bigger and nastier. The guy is a phenomenal engine geek and has a ton of cool videos.

The Farm Jeep, from a few years ago is another example of today’s extreme gear head hacker ingenuity. The 30-ish owner lives about 15 miles from me in a neighboring town.

Yup, the new generation gets it. Off-The-Shelf Hacker readers get it too, otherwise, you wouldn’t be here.

Are the times really that different?

Why do you hack?