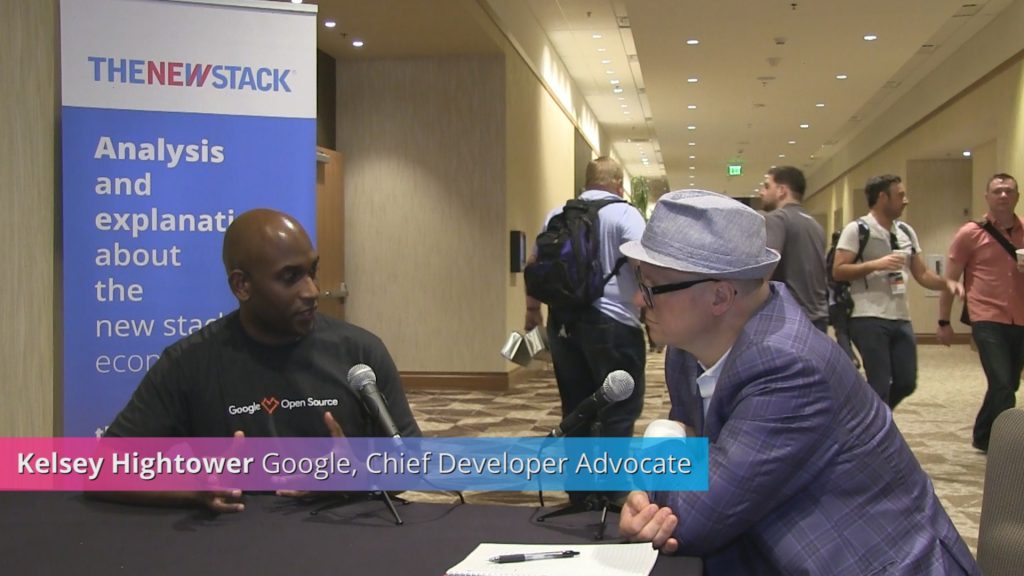 Kelsey Hightower thought he had his keynote all set for ChefConf. Then he heard the keynote speakers talk about how Habitat is used with Kubernetes. That was it. He scrapped his talk, spent the night learning Habitat and presented what he learned the next morning. Then he used Google Now to deploy Habitat to Kubernetes. I think ChefConf attendees would agree: Kelsey’s talk was totally dope.

1:28: How Hightower learned Habitat overnight for his keynote at ChefConf.
2:44: What the Habitat and Chef community has taught Hightower.
5:01: Habitat’s use of continuous automation and package management for application management.
8:18: Exploring how JBoss and Habitat enable better configuration management.
11:04: The process of using Google Now in software development.
13:58: What is the next generation of Google Now?


The New Stack is a wholly owned subsidiary of Insight Partners, an investor in the following companies mentioned in this article: Hightower.