In a new study, Okta found that Zero Trust adoption has reached a tipping point where 97% of survey respondents said they have Zero Trust in place or plan to soon.
Aug 22nd, 2022 3:00am by Steven J. Vaughan-Nichols 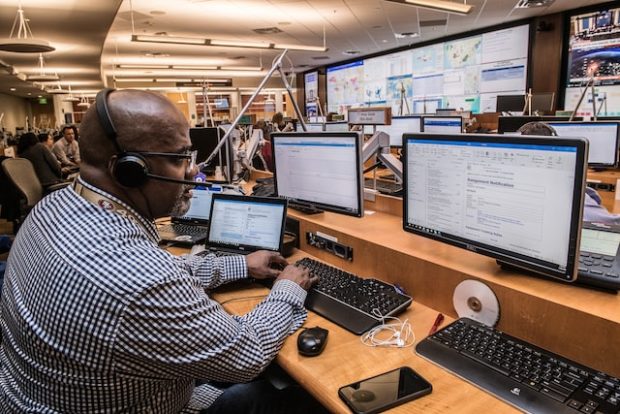 Featured image by CDC on Unsplash.

Okta, a trusted identity and access management (IAM) company, has been a big believer in zero trust security for years. Now, according to its latest survey, Zero trust adoption has “reached a tipping point.”

What kind of tipping point? Ninety-seven percent of 700 survey respondents already have a defined zero trust initiative in place or plan to have one within the next few months. OK, that’s impressive.

But, let’s face it: As the Cybersecurity and Infrastructure Security Agency (CISA) recently pointed out, moving to a zero trust strategy is difficult.

“Fundamentally,” the CISA stated, “it requires a change in an organization’s philosophy and culture around cybersecurity. The path to zero trust is a journey that will take years to implement.”

The problem is zero trust is a shift from the location-centric model we’ve used forever to a more data-centric approach for fine-grained security.

Still, the zero trust security philosophy — “never trust; always verify” — has struck a chord. Organizations are moving past the basic castle-moat security mindset. Accepting that in the cloud there is no perimeter to defend, and “intruders” are always on our networks, is clearly gaining in popularity.

As Gartner pointed out in a February report, the zero trust network market has evolved from primarily being a VPN replacement, to a key component of a standardized architecture for remote and small branch users, to application zero trust networking What’s driven this evolution, and the growth of zero trust in general, was Covid-19. With remote work being the new normal, security had to adjust to a world where more work than ever happened on the cloud.

So, Okta’s report stated, its survey has found that “in 2022, 55% of respondents have a zero trust initiative in place, and 42% say they’ll implement one in the near future.”

A major part of this is the widespread adoption of passwordless authentication. Indeed, 24% of the survey’s participants who work in financial services said they are planning to move forward with it soon or have already done so. At the same time, nearly one-fifth of health care (17%) and software companies (18%) in the survey said they expect to do likewise.

Of course, what has Okta excited about this development is that the zero trust security model relies on IAM. Eighty percent of those surveyed agreed that IAM is important to a zero trust strategy, while 19% see identity management as business critical.

Zero trust adoption, according to Okta, is moving quickly. Adoption rates in Europe, the Middle East and Africa are expected to reach 97% in the next year and a half, while in the Asia and Pacific regions, adoption rates in the next 18 months are projected to double, rising from 44% in 2021 to 88% in 2022.

By comparison, according to the report, adoption rates in North America will also double, but top out at 70%.

SHARE THIS STORY
RELATED STORIES
How Will Working in Tech Change in 2023? Why 'Explainable AI' Can Benefit Business Platform Engineering Won’t Kill the DevOps Star SRE Housekeeping: Where to Get Started for New Hires How to Get Started Filling 3.4 Million Cybersecurity Jobs
SHARE THIS STORY
RELATED STORIES
Entrepreneurship for Engineers: Avoiding Feature Bloat How We Manage Incident Response at Honeycomb How Jit Builds a Platform Engineering Mindset in the Cloud How to Get Started Filling 3.4 Million Cybersecurity Jobs Java's James Gosling on Fame, Freedom, Failure Modes and Fun
THE NEW STACK UPDATE A newsletter digest of the week’s most important stories & analyses.
The New stack does not sell your information or share it with unaffiliated third parties. By continuing, you agree to our Terms of Use and Privacy Policy.