On Its 30th Anniversary, IRC Evokes Memories of the Internet’s Early Days 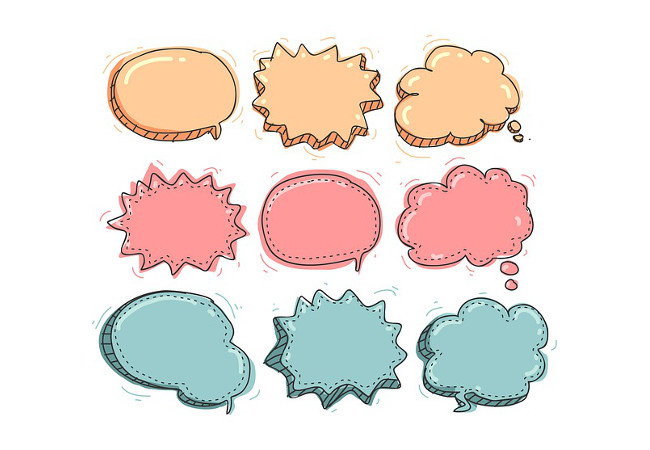 We’ve just reached the 30th anniversary of Internet Relay Chat (IRC) — making it one of the longest-lived communication protocols still in use on the internet today. It’s a time for not only sharing some memories, but also marveling at the traits that gave IRC its great longevity.

IRC’s creator Jarkko Oikarinen has attributed some of its success to its built-in decentralization. “Instead of having separate servers, IRC linked the servers together, which allowed all the users to be present in the same network.” (Whereas when Slack goes down — like it did this week — thousands of users suddenly go offline simultaneously.) But he also cites anonymity — the disposable, user-chosen handles — as “what makes IRC special.” 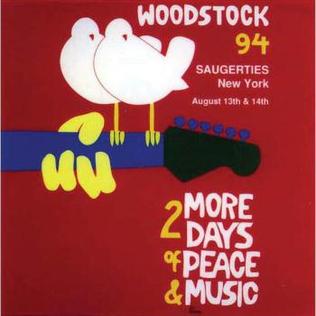 I used IRC in the early 1990s, when there were all kinds of fun things to do. There was a server with a bot that played Boggle. I was the know-it-all music snob who got kicked out of a chat channel someone set up at Woodstock ’94. I created keyboard macros that spewed out ASCII art. I skipped Mike Tyson’s pay-per-view boxing match in 2006 to watch someone describe it on IRC. 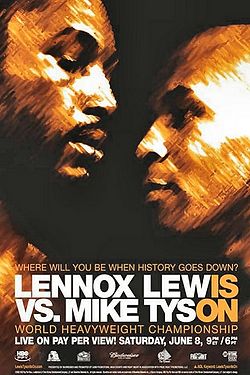 But that anonymous online community also worked its way into our lives in other ways. I remember a woman named Lori G., who lived in Berkeley, California and was using EFNet to access chats devoted to recovering from drug and alcohol addiction. “When I was on that channel it saved my life during a time of deep depression,” she once told me. “I was dealing with chemical depression at the time. EFNet saved my life because I was able to go in there and talk to people who were in recovery and had dealt with the same issue and got a lot of good feedback….”

There were channels for everything from Alcoholics Anonymous and Narcotics Anonymous, Lori remembered, and “When sometimes with my busy schedule I didn’t have time to go to a real meeting, I could go on-channel.”

Back in 1997, Jarkko said he’d already heard of lots of couples who met on IRC, and he even acknowledged that it affected his own life. “It has opened my eyes to see and understand people from different cultures.” Sounding just like any other enthusiastic IRC user, Jarkko said, “I have made many friends around the world, which I would not have made without IRC.”

Back in February, Motherboard remembered IRC as “the kind of nerdy endeavor that predated ICQ, that predated AOL Instant Messenger, and that reflected the wild, somewhat unhinged nature of the internet in the same unvarnished way as Usenet…” Although maybe what we’re all remembering is its free-for-all spirit. “IRC is great—it was even the subject of a hit EDM song!—but it definitely has never been polished,” adds Motherboard.

“It’s the kind of place that slaps you around a bit with a large trout.”

Developer Khaled Mardam-Bey enhanced his 1995 Windows IRC client mIRC with a /slap command based on an old Monty Python skit. (Typing /slap and a user’s name would type out a sentence indicating that you were slapping that user around with a large trout.

On any channel, there was always the possibility of being ceremoniously kicked from the conversation if you offended the channel’s creator. And then there was that time back in 1998 when America Online was kicked off IRC — that is, de-linked from all non-AOL servers for internet-relayed chat. On a mailing list for IRC administrators of the EFNet — which still calls itself “the original IRC Network” — AOL had been urged to find more resources to handle abuse, to which their sys-admin had responded instead, “Life sucks. Buy a helmet.”

The vote to de-link AOL’s server was unanimous.

AOL’s not the only major entity who’s had to deal with angry operators. “Asking about Ubuntu on Debian’s IRC channels is not considered nice…” warns one 2014 web page explaining “how the FOSS Foundation and the Warsaw Hackerspace got (temporarily) banned from #debian at Freenode.”

Motherboard remembers a time in the mid-90s when MTV interviewed an up-and-coming band on IRC, but sees this as the exception that proves the rule. “This is basically the only memory I have of IRC being mainstream in any way, shape, or form. Generally, my memories of IRC revolved around chatting about emulators and how awesome Quake was.”

But between 2003 and 2013, IRC went from one million users to roughly 400,000, reported TechCrunch, blaming in part the rise of social media. Yet Motherboard reports that Khaled Mardam-Bey is still maintaining mIRC to this day — although AOL’s own chat client, AOL Instant Messenger, finally shut down altogether eight months ago. Gradually the community of IRC users shrunk to a loyal core, but it still remains popular, especially in technical communities.“Whatever your personal opinion of IRC, the truth remains that if you wish to participate in open source software and communities, you will need to learn how to use it,” warns an essay at OpenSource.com.

“Even my dad pokes fun at me for using a 30-year-old protocol, but not after I pointed out that he still uses HTTP,” joked software developer Drew Devault back in 2015. He notes that even Docker uses IRC, as well as other major projects like Node.js, Django, and Angular.

Back in 2016, ZDNet observed that IRC lived on, “primarily in developer communities,” and reported a new update to the official IRC protocol, “to revitalize it for the 21st century.” Maybe every old-timer has their own fond IRC memories — along with a desire to keep it all going.

“Ask a group of IT administrators how many have used the old-school IRC chat services and plenty of hands will be raised,” reported TechRepublic last September, announcing the arrival of a new multiplatform IRC service (and a corresponding client) called IRCCloud.

Jarkko Oikarinen famously created IRC while he was still a college student. “IRC started as one summer trainee’s programming exercise,” he once wrote. “A hack grew into a software development project that hundreds of people participated in and became a worldwide environment where tens of thousands of people now spend time with one another.”

The Dawn of IRC

He’d been working at the University of Oulu in the summer of 1988 in their Department of Information Processing Science. “I guess they didn’t have much for me to do,” he remembered later, in a self-published history. “I was administering the department’s Sun server, but it didn’t take all time…” He was originally just trying to improve a publicly-accessible BBS system on tolsun.oulu.fi. His original idea was to add Usenet-style discussion groups, as well as real-time discussions.

But investigating this, he’d discovered that Jyrki Kuoppala (also in Finland) had already implemented rmsg, a program that lets people on different machines exchange messages. Jukka Pihl had also created another simple multi-user chat program named MUT (which stood for MultiUser Talk). And there was already a chat network called Bitnet Relay Chat, which Jarkko cites as his inspiration, created by Jeff Kell of the University of Tennessee at Chattanooga in 1985, which used a network of relay servers. “I originally wanted to link IRC and Bitnet Relay Chat together,” Jarkko said in an online interview 10 years later, though it ended up playing a different role in IRC history. Jarkko had some friends using Bitnet Relay Chat, and they ended up becoming IRC’s first testers.

Jarkko later remembered the name of the very first IRC channel ever created. “Originally the channels had to be numbers, so the first channel was either 1, or some other 1-digit number.”

So how long did it take to build IRC? “The first versions which were tested within Finland were coded in maybe three to four months, with help from several other people in Finland.” Jarkko doesn’t remember the exact day he finally launched IRC, though he remembers it was in August.

And then things started to happen. 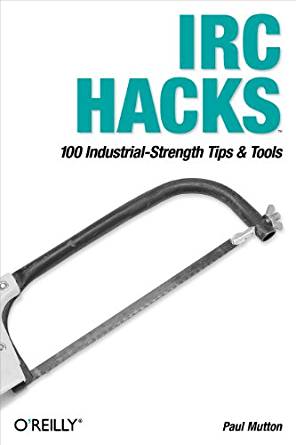 “When IRC started occasionally having more than 10 users, I asked some friends of mine to start running IRC servers in south Finland, mainly in Tampere University of Technology and Helsinki University of Technology,” Jarkko remembered, adding “Some other universities soon followed.” And a bigger breakthrough came when Jarkko got an account on MIT’s time-sharing system ai.ai.mit.edu, and passed on IRC’s server software to its first user in America. That software was passed on two users at Oregon State (and another at the University of Denver), and “after that, some other people started running IRC, and the number of servers grew quickly.”

Jarkko eventually got his Ph.D., and by 2011 had become a technical lead manager at Google Sweden in Stockholm. But he looked back in 2004 when writing the foreword for O’Reilly’s book IRC Hacks.

“There were at least hundreds of chat programs before IRC saw the first light in August 1988,” he wrote humbly, adding that there are now thousands. And he remained philosophical about his role. “IRC is the accomplishment of all IRC users and developers…

SHARE THIS STORY
RELATED STORIES
The Power and Ethical Dilemma of AI Image Generation Models Wellspring of Creativity: Why Public Domain Matters CES 2023: Robots, Astronauts, Schwarzenegger and Flying Cars Why Your Code Sucks: Common Excuses for Bad Programming 2023 Will Be the Year FinOps Shifts Left Toward Engineering
TNS owner Insight Partners is an investor in: Docker.
SHARE THIS STORY
RELATED STORIES
Entrepreneurship for Engineers: Building for Customers’ Love CES 2023: Robots, Astronauts, Schwarzenegger and Flying Cars It Happened to Me: How I Suddenly Owed AWS $13,000... Entrepreneurship for Engineers: Avoiding Feature Bloat How We Manage Incident Response at Honeycomb
THE NEW STACK UPDATE A newsletter digest of the week’s most important stories & analyses.
The New stack does not sell your information or share it with unaffiliated third parties. By continuing, you agree to our Terms of Use and Privacy Policy.