One Day We May All be Embedded with Biologically-Powered Microchips 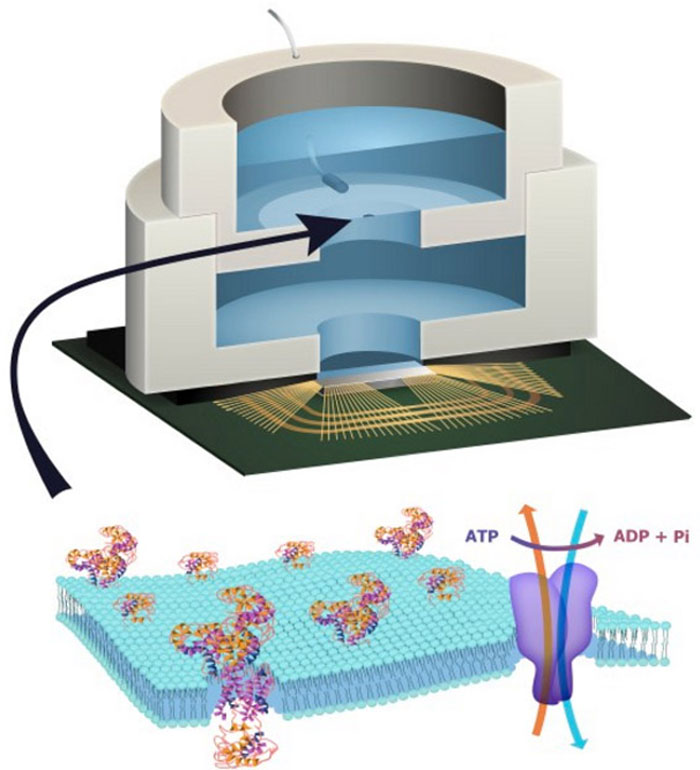 Conventional microchips as we know them are usually powered by electricity. But these integrated circuits could someday run on the same molecules that energize living cells, thanks to a team of  researchers from Columbia University, who have combined solid-state and biological components to create the world’s first biologically powered microchip.

In a study published last month in Nature Communications, the scientists describe how they constructed this hybrid system by packaging a conventional solid-state complementary metal-oxide-semiconductor (CMOS) integrated circuit with a “biocell” to power it. This biocell consists of an artificial, two-layer fatty membrane containing molecules of adenosine triphosphate (ATP) and “electrogenic” ion pumps.

Interestingly, these transporters of ions were modeled after those found in nature: “Ion pumps are electronics-like components in living systems,” explained study senior author Ken Shepard, a professor of electrical and biomedical engineering at Columbia University. In the experiment, “these ion pumps generated an electrical field that we harnessed to power a solid-state system.”

A biological version of this energetic process can be found in living systems, combining lipid membranes, ion channels and pumps to create a kind of biologically based transistor. Adenosine triphosphate stores and carries energy within living cells. It’s often called the “molecular unit of currency” of intracellular energy transfer and is used by enzymes and proteins for many cellular processes like cell division and respiration. In contrast, solid-state systems use a flow of electrons, controlled by field-effect transistors, to function.

In creating their integrated biological-solid-state system, the scientists synthesized the two models together, utilizing ATP as a source of potential energy. Their hybrid system used sodium-potassium ATPases, enzymes that break down ATP, to release energy as charged ions. These are then converted to electrons that can be then used by the integrated circuit placed at the bottom of the device. 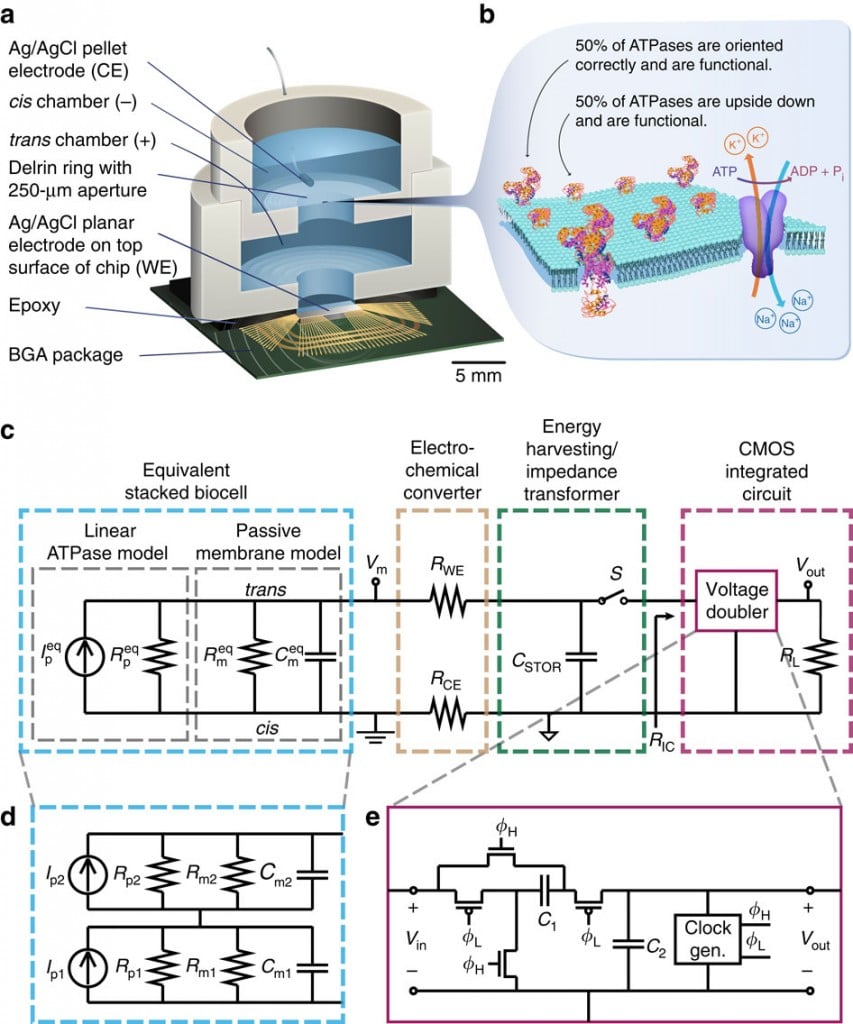 The team is now aiming to create another one of these systems but on the molecular scale. “We made a macroscale version of this system, at the scale of several millimeters, to see if it worked,” said Shepard. “Our results provide new insight into a generalized circuit model, enabling us to determine the conditions to maximize the efficiency of harnessing chemical energy through the action of these ion pumps. We will now be looking at how to scale the system down.”

The scientists’ aim is to focus on reproducing the desired function, without the cellular context and using biological components, and to then incorporate it into electronics. “We just grab the component of the cell that’s doing what we want,” explained Shepard.

The researchers believe that this technology could pave the way to new kind of solid-state electronics that can perform a simulacrum of natural functions like taste and smell. Shepard uses the analogy of someday not needing a dog to perform the task of detecting explosives: “You need a bomb-sniffing dog now, but if you can take just the part of the dog that is useful — the molecules that are doing the sensing — we wouldn’t need the whole animal,” said Shepard. Devices that are capable of being implanted inside cells and powered by the same processes that fuel living cells, are another possibility.

While there are certainly plenty of possible biomedical applications, there are some limitations to the technology for now. Since ATP is found only within the cell and not the bloodstream, the technology won’t be powering things like pacemakers.

“Such a system might power an implant small enough to sit inside a cell,” Shepard said. “Solid-state materials are already used in nanoparticles for various therapeutic and imaging purposes in the body, but those are all just passive materials. Our idea is to make something that would have the ability to compute and act, to make decisions and then actuate in some way.”