Deutsche Telekom's Christopher Dziomba and Samy Nitsche discuss how one of Europe’s largest telecom providers made the shift to cloud native.
Jun 1st, 2022 1:31pm by B. Cameron Gain 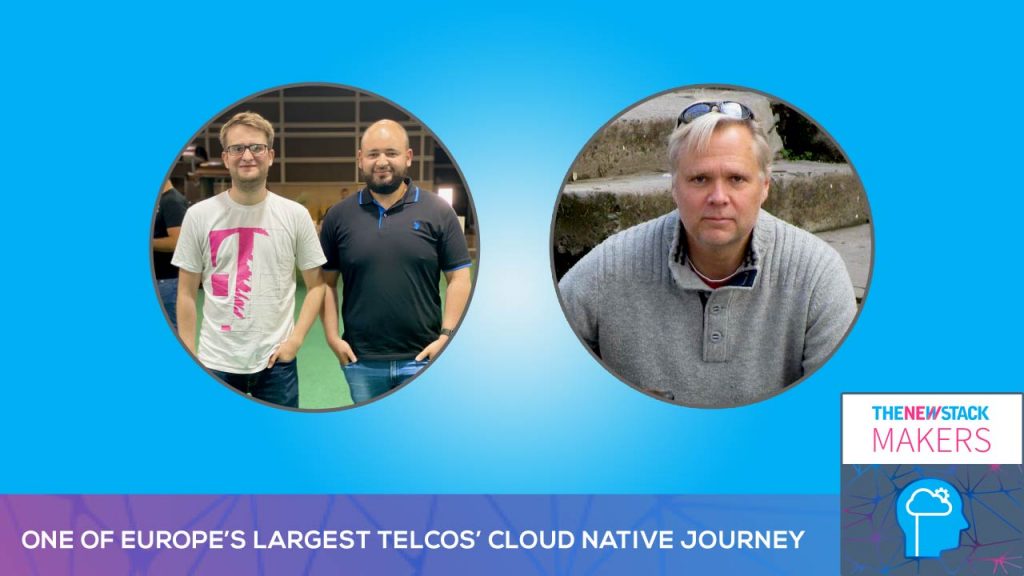 VALENCIA — Telecoms are not necessarily associated with adopting new-generation technologies. However, Deutsche Telekom has made considerable investments in cloud native environments, by creating and supporting Kubernetes clusters to support its operations infrastructure.

In this episode of The New Stack Makers podcast, recorded on the floor of KubeCon + CloudNativeCon Europe 2022, DevOps engineers Christopher Dziomba and Samuel Nitsche of Deutsche Telekom discuss how one of Europe’s largest telecom providers made the shift to cloud native.

Deutsche Telekom obviously didn’t start from scratch. It had decades’ worth of telecom infrastructure and networks that all needed to be integrated into the new world of Kubernetes. This involved a lot of “discussion with the other teams,” Dziomba said. “We had to work together [with other departments] to see how we wanted to manage legacy integration, and especially, and especially, policy and process integration,” Dziomba said.

As it turned out, many of the existing services Deutsche Telekom offered were conductive to integrating into the distributed Kubernetes infrastructure. “It was suited to be deployed on something like Kubernetes,” Dziomba said. “The decision was also made to build the Kubernetes platform by ourselves inside Deutsche Telekom and not to buy one. This really facilitated the move towards cloud native infrastructure.”

The shift also heavily involved the vendors that were “coming from the old route,”  Nitsche said. “It’s sometimes a challenge to make sure that the application is really also cloud native and to make sure it can use all the benefits Kubernetes offers.