How One School is Using Bitcoin Blockchain to Authenticate Degrees 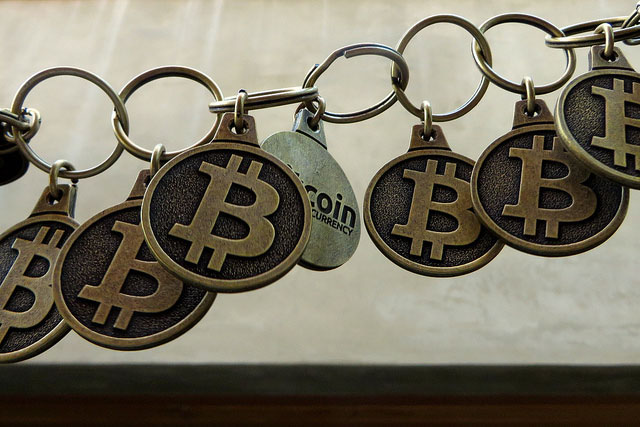 A surprisingly large percentage of people lie on their resumes to get an edge in a competitive job market. Could the cryptocurrency’s authenticating blockchain technology bring massive change to how employers verify job candidates’ credentials? One school thinks so.

Cryptocurrencies like Bitcoin are making waves, not only as a potentially revolutionary way to decentralize the global financial system using a peer-to-peer, open source model but also because of its underlying framework, which allows users to complete transactions in anonymity. Not surprisingly, this very anonymity has led to a flourishing online black market trade in weapons, drugs and other unsavory services, where the preferred method of payment is in Bitcoin.

But while Bitcoin itself may be generating some controversy, many experts believe that its underpinning blockchain technology could make a significant impact in other applications, such as the competitive process of recruiting and hiring new employees.

Aiming to discourage the shockingly common practice of job applicants ’embellishing’ or outright lying on their resumes, the San Francisco-based Holberton School is now using blockchain technology to authenticate the degrees that it offers, allowing employers an easier way to check candidates’ credentials.

Holberton, an alternative software engineering school with a project-based and peer learning curriculum, is partnering up with Bitproof, a blockchain notary startup for the effort. Holberton will be the first school in the world to offer academic certificates for its graduates that will be secured and publicly accessible through the blockchain.

But what is a blockchain anyway? The blockchain is a digital ledger of sorts, where all transactions that have been made, or events that may have occurred, can be seen online, by anyone, without compromising the privacy of the parties involved. These ledgers are shared and distributed amongst different computing nodes, and can only be changed once there is a shared consensus among all nodes. Once information is entered, it cannot be erased, and the distributed nature of these records — along with a built-in layer of cryptographic protections — make them difficult to hack or alter by any one individual.

In the case of Bitcoin, blockchain technology has already shown its effectiveness in removing the traditional financial middlemen in transactions, such as banks or governments. For employers, it could mean streamlining the selections process, without having to painstakingly verify credentials for each candidate, or hire another company to do it. For graduates of any reputable institution, it would mean a verifiable badge and proof to recruiters that the applicant actually attended the school.

“Lying about education credentials is a common problem, and today it is very easy to counterfeit academic diplomas and certificates,” explains Blake Haggerty, a recruiter at CoreOS. “In addition, the process to check someone’s degree is quite laborious, as you need to get the school’s contact information, reach the right person and do it again for every candidate. Medium and big companies often delegate this task to third parties as it’s very time and money consuming.”

If other schools follow Holberton’s lead, all employers would have to do is use a blockchain explorer  — a program that allows users to search and navigate a blockchain — to validate the applicant’s diploma. It’s a tough and competitive job market out there, but in this scenario, would-be fibbers would certainly think twice before dropping names of schools that they didn’t actually attend.

Blockchains are the future

Holberton’s founders, tech veterans from companies like Apple, LinkedIn and Docker, is betting that blockchain technology will be eventually integrated into other institutions and industries.

“The blockchain is the future of certification, and we believe that in the following years, more schools will use the public blockchain to secure their certificates and diplomas,” says Sylvain Kalache, co-founder of Holberton School. “It is much more efficient, secure, and simple than what you can find today in the industry. We think first about our students — we want to make sure that our certificates will always remain valid and verifiable by employers. It will also keep them safe and impossible to copy or hack.”

Indeed, authenticating school diplomas may only be the tip of the blockchain iceberg: some observers believe that the blockchain’s decentralized and distributed consensus model of record-keeping will also revolutionize the way we vote, create contracts and licenses, or transfer ownership of assets, where no one institution or government has middling or exclusive control over some easily altered version of “truth.” Instead, truth, or at least a secured, digital version of it, will be democratized and out there, for everyone to see and use.

Feature Image: Bitcoin Chain by BTC Keychain is licensed under CC BY 2.0