The Eclipse Foundation has launched the Oniro project to create an operating system that covers a wide range of IoT and edge devices.
Nov 8th, 2021 3:00am by Mike Melanson 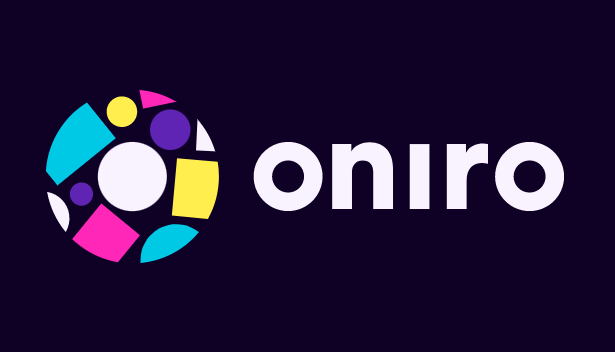 In the world of the Internet of things (IoT), fragmentation has commonly been the rule, rather than the exception, so the Eclipse Foundation has launched the Oniro project and working group in an effort to solve that.

In today’s world of connected devices, there is a bifurcation of IoT architectures according to device size, explained Mike Milinkovich, Eclipse Foundation executive director. Larger devices, for example, might commonly run Yocto, while smaller devices might run a different operating system entirely, such as Zephyr. This division can not only cause difficulties with communication between devices, but can also lead to security vulnerabilities.

Oniro looks to solve these issues by providing “a transparent, vendor-neutral and independent alternative to established IoT and edge operating systems” in the form of a multikernel, distributed, open source operating system for consumer devices, regardless of the brand, model or make.

“What you end up with, as a user of technology, is there’s a very big disconnect between the experience in dealing with one set of devices versus another,” Milinkovich said. “The goal of Oniro, from a technical perspective, is to make this experience far more seamless. By having a multikernel operating system, you’ll have a single operating system that spans a much wider range of devices, which is going to enable a whole number of new and interesting use cases and scenarios around being able to have devices seamlessly discover one another and share data with one another.”

Cooperation with the OpenAtom Foundation

The Eclipse Foundation’s launch of Oniro builds on its recently announced cooperation with the OpenAtom Foundation, which hosts the OpenHarmony operating system. The OpenAtom Foundation is China’s first open source foundation, and OpenHarmony is a set of specifications, while OpenHarmony OS is an implementation of that specification under the same name. The implementation, explained Milinkovich, is specific to the Chinese market but will provide application portability at the application programming interface (API) level.

While the Oniro project, which already has around nine months of development behind it, is being launched targeting IoT and edge use cases, Milinkovich said it also has the potential to grow into mobile and potentially elsewhere over time.

Alongside the issues of connectivity and compatibility in the IoT, security is also cited as a common concern, and Milinkovich points to Oniro’s distributed architecture as something that will help in this realm. Currently, the standard architecture of communication with IoT devices is that the device sends data to the cloud, then to your smartphone or other devices, which not only exposes that data to data-mining cloud providers, but also provides a central target for hackers. Oniro, by increasing the ability for devices to communicate directly with each other, changes this dynamic and potentially increases security, explained Milinkovich.

“I think that the adoption of home automation has been far slower than the zealots originally predicted a few years back, partially because of this. The other thing too is, by accumulating a lot of data in a cloud, you are increasing the potential for a breach because now you’ve created a more interesting target,” he said. “By having an inherently more distributed, and more localized and privacy-preserving architecture, you’ve got a larger collection of much smaller targets, which are inherently less interesting to the hackers. Architecturally, that’s why we think that there’s some opportunities here for enhanced security.”

In addition to the Oniro top-level project, the Eclipse Foundation is also creating a working group to serve as a vendor-neutral home where companies can work together to create unification instead of fragmentation.

The first release of Oniro is expected for early 2022, and Milinkovich links the operating system and working group’s success with participation from within the industry.

“These are early days, but we think that there’s a really exciting vision here for creating a new operating system for the IoT and edge, which has not yet been done,” he said. “There’s an opportunity here for the operating system community, from the Linux community and others in research in academia and industry, to jump in and participate. The more contributors we can get from the beginning, the better this entire project and community will be.”

Mike is a freelance writer, editor, and all-around techie wordsmith. Mike has written for publications such as ReadWriteWeb, Venturebeat, and ProgrammableWeb. His first computer was a "portable" suitcase Compaq and he remembers 1200 baud quite clearly.
Read more from Mike Melanson
SHARE THIS STORY
RELATED STORIES
What Is Edge Computing? Spotify: Bigger the Codebase, the More Challenging the Migration Creating ‘Offline-First’ Applications for Wi-Fi Dead Zones 7 Edge Computing Uses You Should Know Pinterest: Turbocharge Android Video with These Simple Steps
SHARE THIS STORY
RELATED STORIES
Edge Computing vs. Cloud Computing How New Sony AI Chip Turns Video into Real-Time Retail Data What Is Mobile Edge Computing? Performance Measured: How Good Is Your WebAssembly? What Is Multi-Access Edge Computing?
THE NEW STACK UPDATE A newsletter digest of the week’s most important stories & analyses.
The New stack does not sell your information or share it with unaffiliated third parties. By continuing, you agree to our Terms of Use and Privacy Policy.